Brands and online wags cozy up to ‘Normcore’ 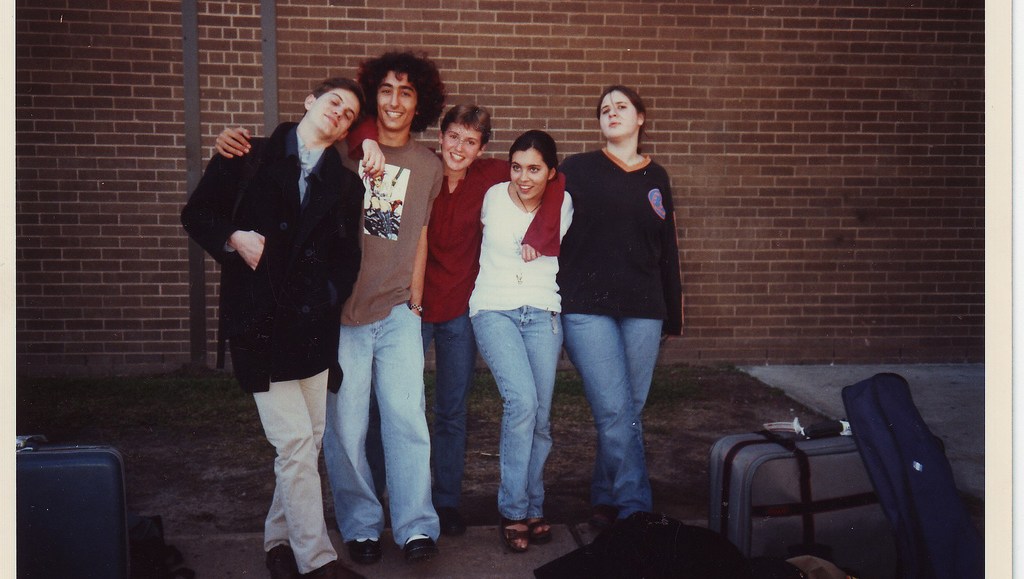 The trend forecasting company K-Hole, (arguably the source of the term, according to The Cut) wrote in a recent publication of its Youthmode trend report: “In Normcore, one does not pretend to be above the indignity of belonging. Normcore moves away from a coolness that relies on difference to a post-authenticity coolness that opts in to sameness.”

So is Normcore post-cool? Is it so uncool that’s it’s cool? Are we uncool for asking these questions? Many wags reliably took to Twitter to joke about the phenomenon — including a couple of major brands and even teen fashionista Tavi Gevinson. A few highlights:

“Normcore” is now a thing; everybody just go naked

my favorite part of normcore are these 455$ jorts https://t.co/ka5RonVZ7R pic.twitter.com/02qEUwF4Gj

IS KHOL’S RISING STOCK PRICE THE RESULT OF THE ANNOUNCEMENT OF #NORMCORE?

It didn’t take long for brands to latch onto the buzz for some real-time marketing. For some, like The Gap, it was a perfect opportunity to play along:

Red Vines went so far as to stage a photo of a ‘normcore’ looking dude (is that what an employee of Red Vines looks like?) along with a promoted tweet:

Eddie Bauer even replied to a Digiday editor to say that they were otherwise engaged sponsoring a Mt. Everest assent: 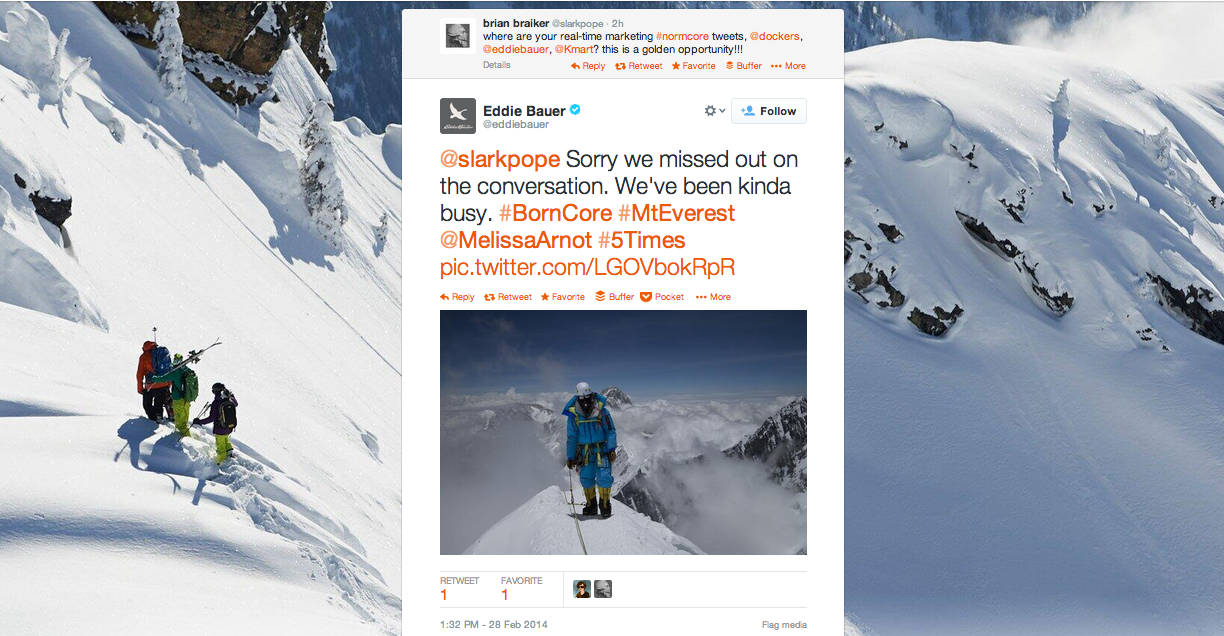 Dockers out-Normcored everyone with this tweet about trending topics:

Though, not every brand was on the lookout. A retweet by The Cut from photographer Amy Lombard clearly mentions and showcases MuscleMilk, though the brand, which hasn’t tweeted in four days, has yet to respond: 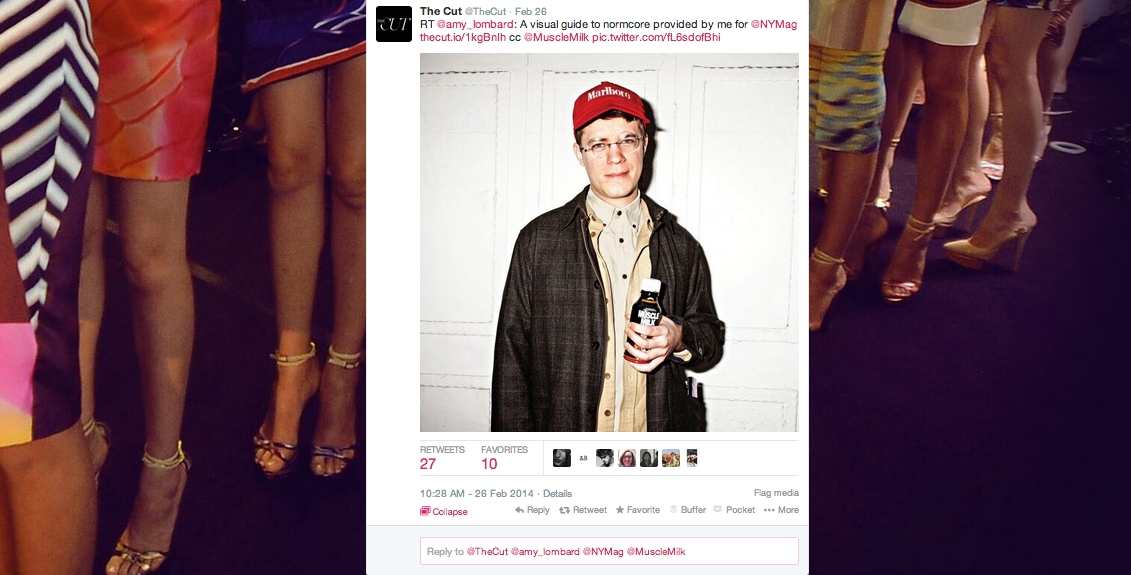 Elsewhere on the Internet, budding entrepreneurs are also looking to develop their own brands to capitalize on the trend: