The Award for Best Brand Golden Globes Tweets Goes To …

The awards season kicked off with the standard mishaps: bleeped expletives, E! listing Michael J. Fox’s Parkinson’s diagnosis as a “fun fact,” Matthew McConaughey acting like Matthew McConaughey. And, of course, there were the brands elbowing their way into the party. To our surprise, some returned standout performances. Here are a few of note.

L’Oreal offered classy Golden Globes inspired styling tutorials during the awards show, and included some handy GIFs to illustrate the steps to create the look. Who doesn’t enjoy an instructional GIF? We definitely looked great rocking these glam locks in our TV-watching house-muumuu last night. 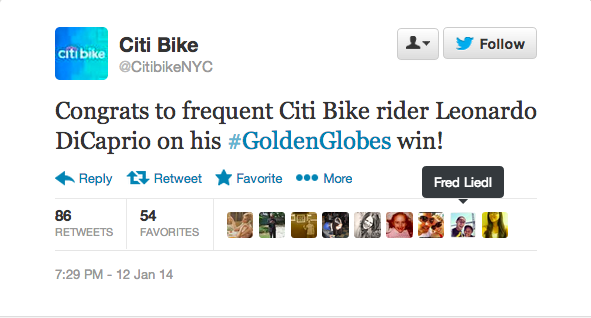 Citi Bike gave a shoutout to its famous customer Mr. DiCaprio who has been snapped by the paparazzi on multiple occasions riding around the city on one of their cycles. Nice effort, although why not attach a pic of Leo on the bike with his e-cig? 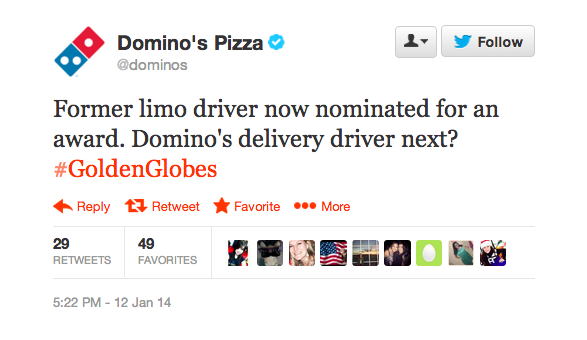 Domino’s had plenty of cheesy Golden Globes tweets — including fairly desperate RT requests — but this tweet referencing Barkhad Abdi who played a Somali pirate in “Captain Phillips” at least had some charm to it. 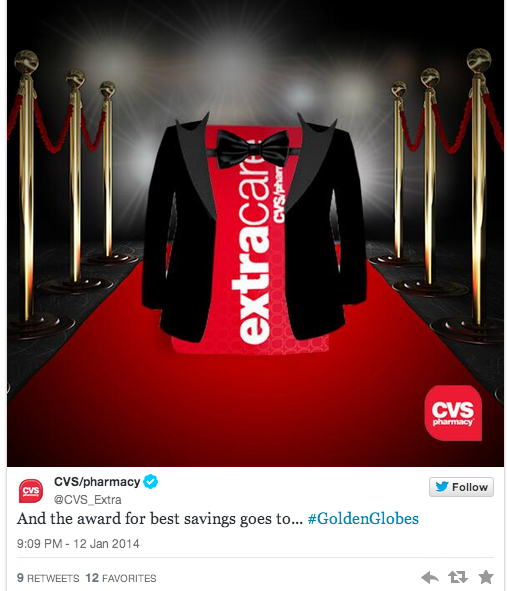 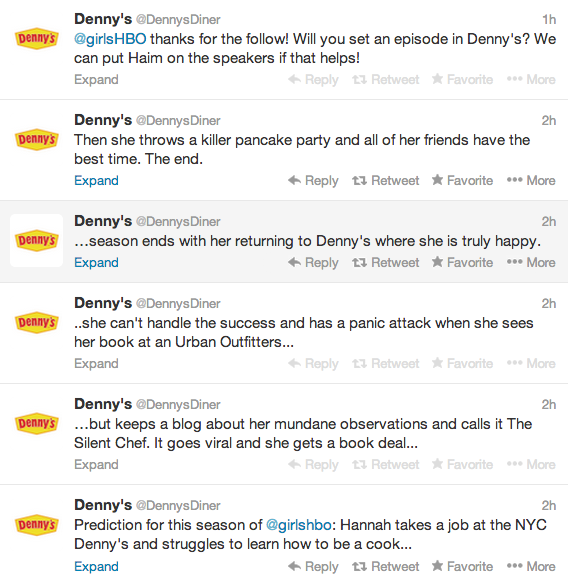 And the award for best tweets of the night goes to Denny’s, which was savvy enough to zip when others zagged. It skipped the Golden Globes in order to unleash a fairly funny commentary tied to the season premier of  “Girls,” which was also on last night. Denny’s social media manager totally hit the nail on the head in terms of tone and humor. Bonus points for the reference to Haim — there was clearly a millennial manning the account last night, and in this case that was a good thing.