Brands cash in on the #blizzardof2015 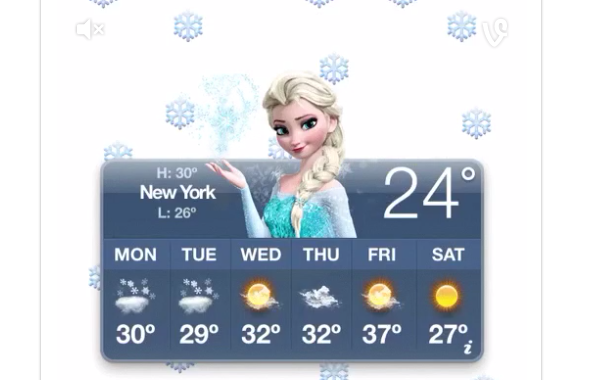 A crippling and “historic” snowstorm appears set to bear down on most of the Northeast this week — a fact that has not escaped the attention of brands on Twitter. But before you prepare your workplace exit strategies, rush to the supermarkets for supplies and break out your Slankets, check out the smart, the servicey and the just plain stupid from brands on Twitter today:

DiGiorno
The pizza purveyor tends to get social media right (with one notably regrettable exception). This brand-on-brand action is a little cute and a little pandering, but they clearly know their audience.

Nissan
A nation in the throes of “Game of Thrones” withdrawal sees what you did there, car company.

Orbitz
A very savvy marketing maneuver on behalf of Orbitz. One problem though: storm-slammed cities are seeing flight cancelations in droves. Saving for future flights is nice and all, but for now we’ll have to settle for a Mexico of the mind.

The snow won’t find you here! Save up to 55% on these Mexico getaways https://t.co/enQQ4AwxWY #OrbitzDealOfTheDay pic.twitter.com/xfarVHyVaE — Orbitz (@Orbitz) January 26, 2015

Sony
Clearly this isn’t a stock photo or hackneyed Photoshop job. Sony appears to actually live up to its “always ready” claim with this one.

Sherwin Williams
A bit of a stretch here: It’s hardly house painting season. Still, this is a decent sentiment and serves equally to promote its “Snowfall” line of paint.

ASPCA
This is a great tip from an organization that does excellent work. Bonus points for the proper deployment of multiple relevant hashtags.

CVS
A helpful reminder from CVS to stock up. Though we can think of a few “essentials” glaringly omitted from this roundup. We might be talking about beer and other boredom, um, prophylactics.

Chobani
Often at the top of its social media game, Chobani tweets this drool-worthy recipe for all of us future shut-ins.

Crest
A botched attempted at making light of a botched hashtag. Self-aware, maybe. But mostly an awkward and, well, not especially germane to blizzard life.

Kenneth Cole
At least the shoemonger has moved on from trolling and being blatantly offensive. Sad that plain old groan-inducing puns mark an improved look, though.

Getting ready for the #blizzard to set in here on the east coast, so we decided to make a #PROMAN (protein snowman)! pic.twitter.com/dHKL5ax4k2 — The Vitamin Shoppe (@VitaminShoppe) January 26, 2015