How Boohoo is beating the rocky American retail market 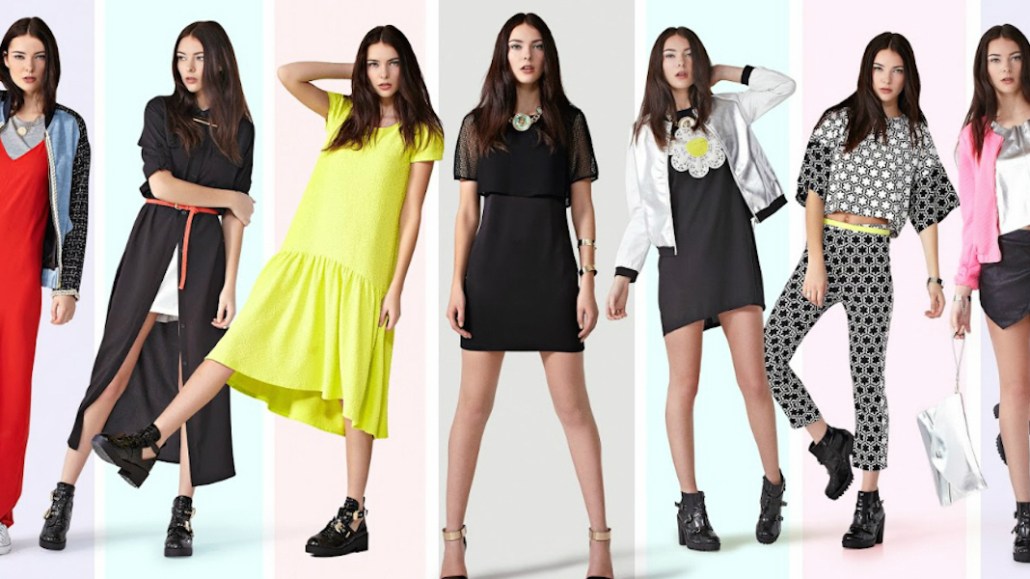 The online pure-play brand that quickly churns out trends targeting a Gen Z and millennial audience reported a 145 percent revenue growth in the U.S. in its financial year ending February 28, from $17 million to $43 million. The region has now eclipsed Australia as the company’s second biggest market. Overall, Boohoo’s revenue increased 51 percent in the year, to about $321 million, while profits increased 97 percent to $40 million.

Boohoo is quickly gaining ground in a market that has proven volatile for retail. Department stores like Macy’s, JCPenney and Sears are closing hundreds of physical locations, while retailers like American Apparel, Wet Seal, Payless, Rue21 and The Limited have filed for bankruptcy. J.Crew, Ralph Lauren and Bebe have gone through rounds of massive layoffs. From top to bottom, American retail is restructuring.

Boohoo’s focus, meanwhile, on the American market kicked into gear over the past year. To break in, the company built a strategy based on temporary, experiential retail spaces, strong social media marketing and notable acquisitions of Nasty Gal and PrettyLittleThing — two companies already established with Boohoo’s core demographic of college-aged consumers.

“Our strategy [in the U.S.] is to spend assets on the physical, experiential and association,” said Natalie McGrath, Boohoo’s vp of U.S. marketing. “When the market is so cluttered, people want to be able to feel the product and know what the quality is like. It gets people over that first hurdle and reduces the barrier to purchase. It’s become part of our DNA.”

Its acquisitions, particularly of Nasty Gal, granted Boohoo access to its targeted customers in the U.S. While the transition between ownership of the company has been bumpy, Boohoo reportedly plans to build out the Nasty Gal team under the Boohoo Group umbrella with new management.

While it recognizes the value in a physical retail presence, Boohoo’s biggest competitive strengths play out online.

The company, which started with women’s clothing and has now expanded to include men’s, children’s and plus-size clothing, has propelled to prominent status in the online fast-fashion market with a distinct strategy of constant product launches across categories. Boohoo says that it adds up to 100 products to its site per day by investing in a small number of inventory per item at first. If demand is low, the items sell out and disappear. If demand is high, Boohoo doubles down in its investment of a particular trend. As a result, customers are continuously checking back for new styles, sifting through up to 20,000 products live on the site at any time. In the U.K., Boohoo claims to be the third-biggest online retailer by market share, after Asos and Next.

McGrath said Boohoo’s U.K. audience ranges across a comparatively broader demographic: men, women and children, from 16 to 34 years old. To get its footing in the U.S., the company drilled down on college-aged women by hosting college-area pop-ups and mining Instagram (the company reportedly sees 13.4 million annual interactions on the platform) to identify what styles are trending with this age group.

“We are being more targeted in the U.S. because it’s a big land mass to grab, and it’s become an unfriendly region for retail,” said McGrath. “Our marketing dollars are targeting the college girl first, and the woman leaving college for her first job. Our reach is broader in other markets, but in the U.S., we have to build up to that.”

The market hasn’t been as kind to other retailers with U.S. ambitions. Canadian apparel brand Kit and Ace closed all U.S. stores this week, after a period of sprawled physical growth. Last year, Japanese fast-fashion retailer Uniqlo had to backpedal big plans to break into the U.S. market with a big chain of physical stores, some mall-based. The company, recognizing low brand recognition, scaled back its plans to open 15 U.S. stores per year to five stores. It previously had a goal to have 200 U.S. storefronts by 2020.

Boohoo, on the other hand, isn’t committing to retail real estate all over the country, instead opting to focus building its presence in major cities and through a network of social media influencers, like Jordyn Woods, model and friend to Kylie Jenner. Boohoo only has one permanent retail location in the country: a “digitally focused” storefront at the bottom of its New York City headquarters.

“Retailers have been able to follow the same playbook for decades, only to have recently had the rug pulled out from under them,” said Drew Ungvarsky, CEO and ecd of digital agency Grow. “Younger, online-born companies have room now to come in with a new relationship between the physical and online space. Ultimately they’re finding a reason for people to go to the store.”

To continue to build out in the U.S., McGrath said the next step is concentrating efforts off of the coasts and directing shoppers to the Boohoo mobile app. According to the company, 70 percent of traffic and 50 percent of transactions are on mobile.

“Physical retail is part of our DNA, but traditional physical retail is not,” said McGrath. “We see the physical space as a window, an introduction to buying online. Our customers aren’t spending time sorting through racks any more than they’re spending sitting on desktop. It’s go, go, go.”