Finally, Bob Dylan Makes a ‘Like A Rolling Stone’ Video 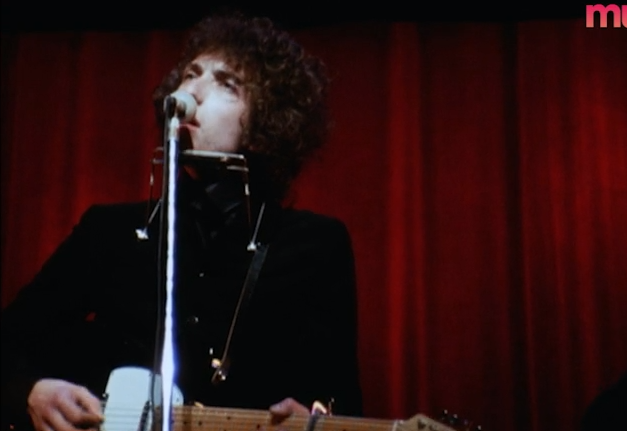 Bob Dylan, with the help of digital shop Interlude, has released an official interactive “music video” for his classic 1965 opus “Like a Rolling Stone.” How does it feel? Pretty cool, actually.

The video is made to mimic the feel of channel surfing. The video it looks like it’s playing on a TV screen with multiple channels – featuring prominent personalities, actors in goofy scenarios and even a cartoon, all simultaneously lip-synching along to the song.

Viewers can change the channel to see, for example, comedian and podcast hero Marc Maron mouthing the lyrics. Change the channel at any point, and the “Pawn Stars” cast picks up wherever you left off. Even Dylan himself is shown on one station in an old clip from 1966 with the Hawks playing the actual song.

Never one to shy from trolling his fans, Dylan once appeared in a Victoria’s Secret commercial – a sly allusion to his famously intense 1965 press conference. This interactive video is very clever bit of marketing, timed to coincide with a release of a new Dylan box set, which includes all 41 official albums and a “hardcover booklet with extensive liner notes and rare photos.”

To be sure, not everyone is thrilled. Some hardcore fans have registered their disapproval on Facebook – but clearly they did so with no direction home, like a complete unknown.