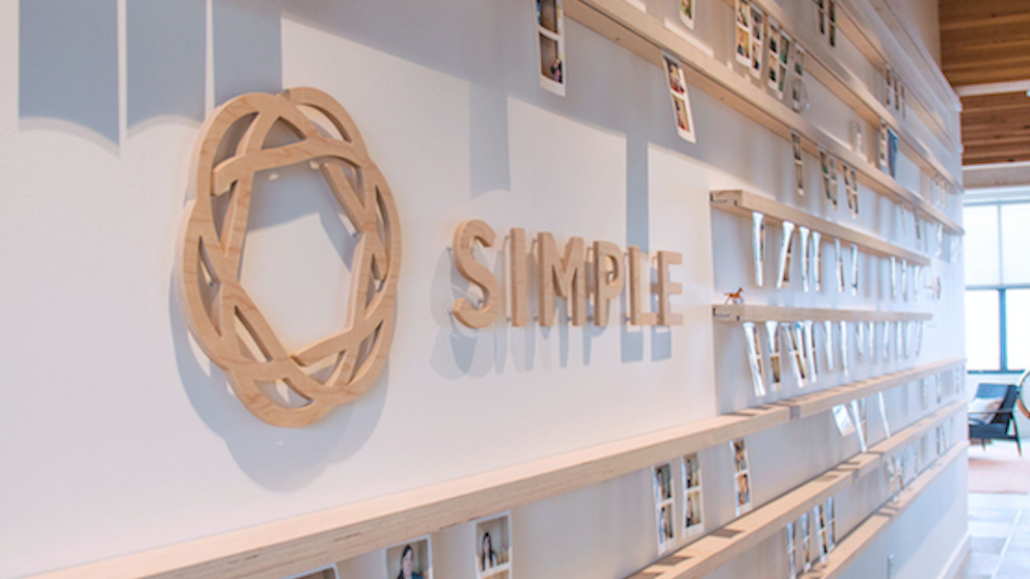 Simple is re-introducing itself through an ad campaign its been running on billboards and subway ads in various U.S. cities.

The ads pair everyday concepts most familiar and tangible to the seven-year-old neobank’s target millennial customer base, like binge watching and sweatpants, to convey how enjoyable and sensible its own offering — banking and budgeting, the latter of which major banking institutions are only now building into their experiences — can and should be. The company also wants to show it’s not “just an anonymous organization that doesn’t have a point of view,” said Valarie Hamm Carlson, Simple’s vp of brand. It’s a group of people that share the view of everyday consumers that banking shouldn’t be complicated.

“Every once in a while we need to jump back out there and say, ‘here’s who we are and if you don’t know us we we want introduce ourselves’ so people get a sense of our personality,” Carlson said. “Ideally we want that to come from the product but it’s always good to have a little bit of air cover and we haven’t done a lot of that in the past.”