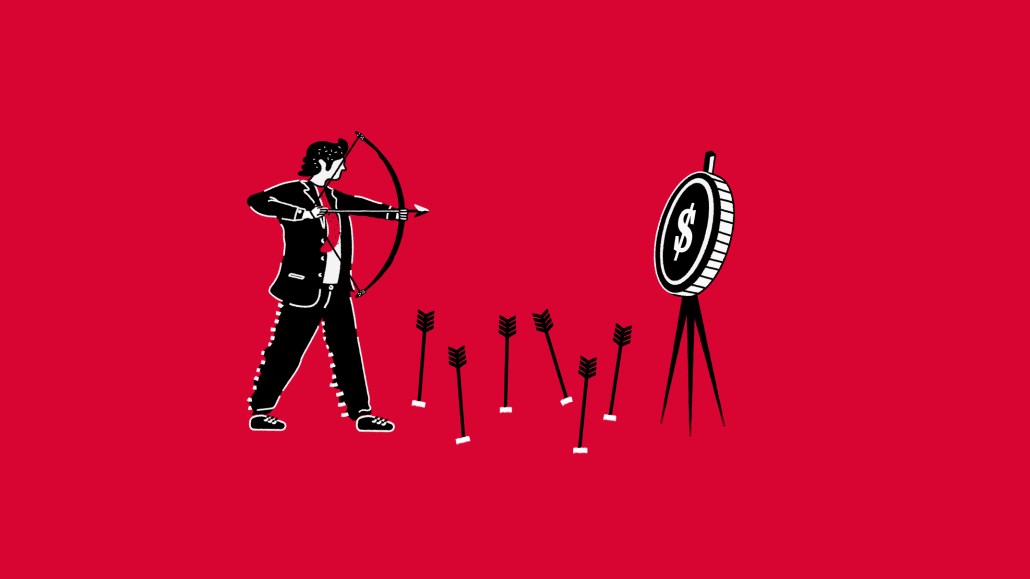 Being this open minded has become a perennial state of mind for many publishing execs these days. There’s too much uncertainty around the business of media to be sure about anything. Questions remain over whether the depreciation of third-party addressability will help or hinder publishers, and in turn whether they can ever exert more control over where ad dollars end up.

No surprise then that so many newspaper groups are dusting off long-gestating plans for diversified revenues.

Le Figaro is no different. In fact, its own long-haul plans go as far back as 2017. Back then it made the decision to build its business on four commercial pillars: advertising, subscriptions, commerce and licensing.

It took a minute, but the plan is starting to come good. And it couldn’t have happened at a more pivotal period. Groupe Figaro’s business was battered during the pandemic — so much so that owner Le Figaro newspaper owner, which has 1,850 employees across 47 other France-based titles like Le Figaro Magazine and Le Figro Voyage, had a €7 million ($7.6 million) deficit in 2020. Fast forward a year to 2021 and the same business made record cash flow of almost €50 million ($54.3 million) EBITDA.

Not that this should be a surprise. Media conglomerates have been talking about diversification for as long as the tech companies have insisted they’re not media conglomerates. The much-vaunted pivot to subscriptions circa 2017 is a testament to this. The challenge for publishers, however, is moving beyond charging people to read content to make money. Few of them have been able to do it. That doesn’t mean it’s not possible. It just takes a lot of trial and error, said Bertrand Gié, head of digital at Groupe Figaro. As with any bet, though, it’s still a gamble. Gié discussed the payoffs to date.

Gié is loath to get too excited about advertising even if the outlook is looking positive for a change. The €500 million ($460 million) Groupe Figaro raked in last year was driven by a big upturn in ad revenue, up 15% on the previous year. Dig deeper and there’s even more reason to be cheerful: a lot of the 2021 rebound came from digital advertising, which rose 14% in the period — encouraging signs for any media exec, right? Well, not quite: More than half (55%) of those digital sales come from programmatic — the future of which is shrouded in uncertainty.

“We’ve tried to develop our understanding of how programmatic auctions work over the last few years because it’s not something we’ve been historically good at,” said Gie.

Unsurprisingly, he is cautious. He won’t even say whether he thinks the loss of third-party cookies will help or hinder publishers. He is, however, clear on one thing: the industry is headed toward a world where identity won’t be tied to a single tool like a cookie, but spread across several factors.

In turn, Groupe Figaro is testing different ways to share its data easily and securely with advertisers searching for alternatives to third-party cookies. This could be through a private marketplace, a direct data-sharing relationship or a fusion of the two. If they don’t pique advertisers’ interests then the media group is also looking at contextual solutions.

None of this guarantees much. Ultimately, it’s advertisers that decide whether their money is better off with media owners like Groupe Figaro or Google et al. The truth is most advertisers are ok with the largest platforms. Yes, they grade their own homework but they’re doing so accurately, goes the thinking — rightly or wrongly.

“Advertisers always say that newspaper brands are really important, but there’s a disconnect between what they say about supporting our business and what they actually do with their money,” said Gie. “Maybe we’re not good enough at explaining our value. Or maybe it’s the way the industry is set up to spend money a certain way. I don’t know if any of this changes when third-party cookies go away.”

To say Gie is happy with newspaper Le Figaro’s subscriber count would be an understatement. It now has 400,000 subscribers, 250,000 of which are digital only. It’s not a massive haul — The New York Times added 375,000 digital subscribers in the final three months of 2021 alone — but it’s a vast improvement on where the business was in 2016 when it had around 60,000. Not least because building any sizable subscriptions is a slog — a consistent, cultural struggle to keep execs focused on the goal, said Gie.

It’s hardly a surprise that growing subscriptions is so attritional; Le Figaro’s own account of this in 2019 made that abundantly clear. Still, it might be natural to assume that the publishing industry has devised tried and tested shortcuts. This assumption belies the harsh truth about subscriptions: publishers can’t hack their way to lasting growth. Take Le Figaro, for instance. Its subscription success is less about discounts and promotions, more about how it curbed churn.

“Retaining a subscriber is just as important as getting them in the first place,” said Gie. Getting the balance right is tricky at the best times — but especially so when the type of content that convinces someone to start a subscription isn’t necessarily the same as what convinces them to keep it. Lifestyle articles are a main reason why people take out a subscription, for example, but it isn’t always the reason they continue to pay for it. All these little details count, said Gie.

“Even the platform someone started a subscription on can reveal a lot,” he continues. “So on our app people tend to subscribe for a month and then they unsubscribe. That’s something we’re watching closely because 50% of our subscribers come through the app. Eight in 10 of those people do so through an iPhone.”

Every media company says they’re a commerce business these days. Saying it and doing it, however, are two very different things as Groupe Figaro execs can attest.

The pandemic made sure of that. Before 2020, the media group was well on its way to building a healthy e-commerce business around online travel and lifestyle. Turnover from selling theater tickets was €120 million ($130.4 million). Then the pandemic happened and everything went sideways. Even now, the business hasn’t fully recovered. March 2022 was the best month for ticket sales for two years, said Gie. That’s still 20% less than what the group sold in March 2019.

No wonder Gie seems more enthused by its nascent — albeit daunting — attempts to sell wine. In a nutshell, it wants to create a side business in wine recommendations. People would come to the dedicated Le Figaro Vin site to read up and potentially buy bottles of wine. Encouraging as the site’s potential is, it’s nowhere near ready to be a lifeline for the media conglomerate. Ongoing investments hope to change that. It has already hired a wine journalist to produce more content for the site and has tested selling wine tasting events. Eventually, it wants to create a wine club that people would pay to be part of.

“I’m not sure our bet on e-commerce will work, but we will try given that we have the audience,” said Gie.

In some cases this means innovating and moving spaces, such as licensing which many publishers have previously been uncomfortable with.

Licensing. Yes, there are platforms that actually pay publishers

Just like broadcasters, Le Figaro leases the right to publish articles and images to multiple publishers.

It’s a small but steady business for the publisher — around €4 million ($4.4 million) to be precise. Small as those numbers are, they represent something far bigger: the idea that the big online platforms will pay publishers for the right to display their content. In February, Google struck a deal with French publishers including Le Figaro. A similar deal was struck with Facebook in October last year. It’s essentially a new income stream for Le Figaro, said Gie. Call it a pyrrhic victory.

“We’ve been fighting for this arrangement for a decade,” continued Gie. “We’ve had to go through the European Parliament as well as in the French courts in order to get the platforms to accept this situation.”

https://digiday.com/?p=444719
Most Read
Trending in Publishing in the Platform Era
Digiday Top Stories