Beats struggles to help LeBron put Akron on the map 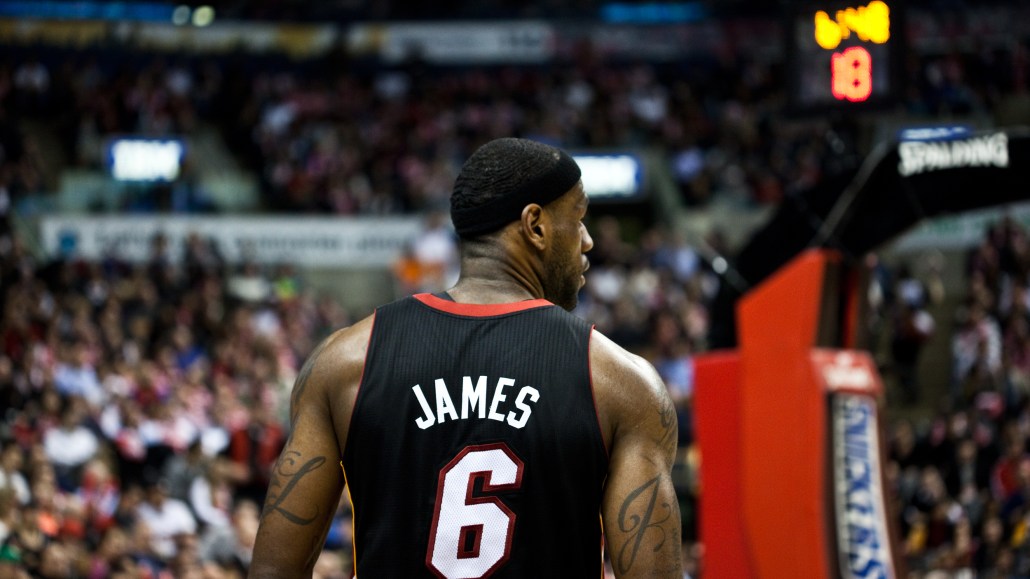 LeBron James said one of his central motivations for returning to the Cleveland Cavaliers was to provide an economic boost to his nearby hometown, Akron, Ohio.

James has followed up on that promise by repeatedly mentioning Akron and even incorporating the city into a new Beats commercial he’s featured in. But he and Beats are finding that it’s far easier to promote James the athlete than the city he’s trying to save. While the campaign — called “Re-Established 2014” — has Twitter users talking about James, they’re not as interested in Akron.

Beats claims to have already realized James’ dream “to put Akron on the map,” making the Ohio city (population 198,100 in 2013, according to the U.S. Census Bureau) more popular on Twitter than New York, Los Angeles, Chicago and every other American city.

It made a nifty map for the campaign to show how the four-time MVP made Akron the “top trending” city in the U.S. with data collected form Twitter’s application programming interface (API), a technology that allows companies access to Twitter’s data.

The commercial associated with the campaign — in which Akron is heavily featured — is  incredibly popular, racking up more than 11 million YouTube views as of Friday afternoon.

The only problem is that the campaign’s popularity has not translated to Twitter in the way Beats had intended. Akron is not the most popular city on Twitter, according to data obtained from Twitter analytics tool Topsy. Not even close, in fact. New York, Los Angeles, Chicago and even Miami — home to James’ former team, the Heat — have all been mentioned more on Twitter throughout the duration of Beats’ ongoing #Akron campaign.

#Akron was mentioned in 5,636 tweet on Oct. 19, the day Beats launched the campaign with the below tweet. The non-hashtagged “Akron” was used 2,913 times.

Beats is also counting mentions of James as mentions of Akron, which would explain Akron’s lead since “LeBron” rendered almost 380,000 mentions in the last 24 hours as of Friday afternoon. But “LeBron” and “Akron” were mentioned together in only 4,100 tweets.

Granted, the other major metro areas have populations that are far higher than Akron’s and are home to far more tweet-able news stories than Akron. James and Beats’s attempt to bolster the Rust Belt city is noble. But in this case, James’ stature seems to be overshadowing, and not rubbing off on, the city.

As to why, that much is not clear. Beats declined a request to comment. 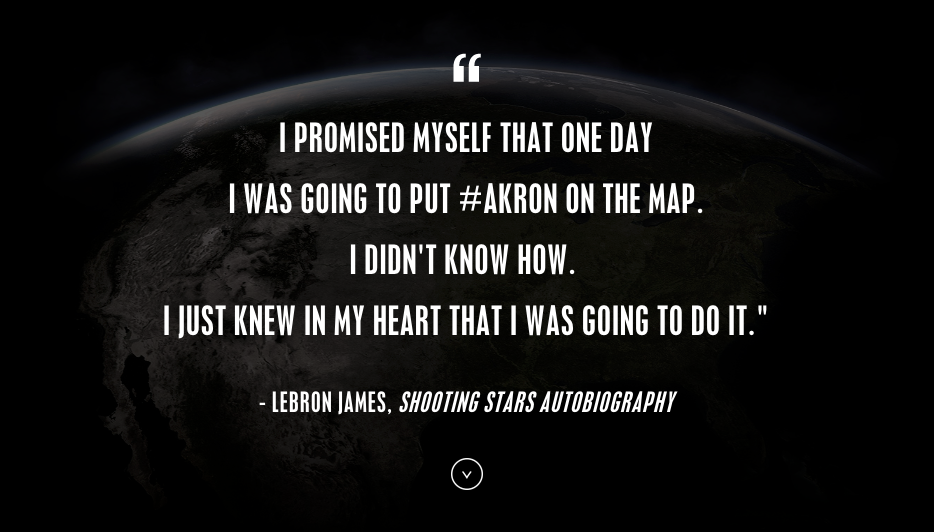