In battle against Amazon, high-end photography is a difference maker 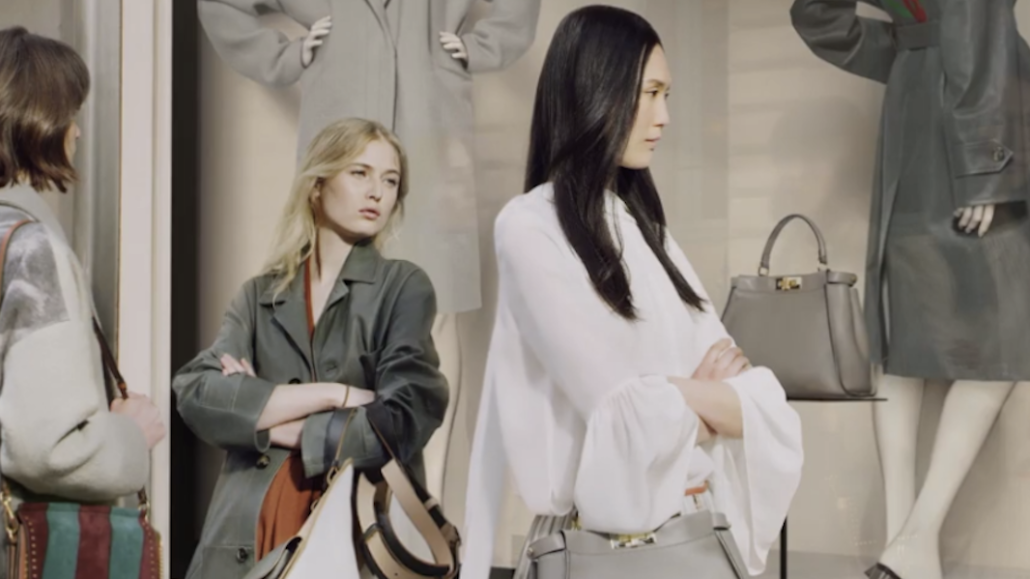 When LVMH went live last with its multi-brand e-commerce play 24 Sèvres, one aspect stood out: knockout imagery not usually seen in e-commerce.

An image featured on 24 Sèvres’ homepage

Kristin Savili, CEO of Joor, an online wholesale marketplace that calls 24 Sèvres a client, said the new site’s unique focus on imagery has to do with its location: “In Europe, they’re not fearful of Amazon,” she said. “[24 Sèvres] just said, ‘I’m going to create a beautiful shopping experience that makes you want to buy the more high-end purchase. Amazon is great at X, we’re going to be great at Y.’”

Considering Amazon’s lack of “Y” has turned many fashion shoppers off, 24 Sèvres seems a case of the right strategy at the right time.

Despite clear efforts to elevate its fashion photography, including building a 40,000-square-foot photo studio in Williamsburg, Amazon’s apparel and accessories selection still “reads like commodity,” according to Savili — and it’s hindering its success in the space.

“At this point, it’s got to be top-notch photography,” she said. “The winner is going to understand that imagery sells the day.”

Among the features setting 24 Sèvres’ imagery apart is movement. At launch, the hero image on the homepage is a cinemagraph — a souped-up GIF — featuring one model blinking and another model’s scarf getting caught in a breeze.

“In e-commerce, one of the biggest causes for consumer resistance is the inability to properly visualize a product,” said Chelsie Pouliot, senior visual designer at digital commerce agency Corra. “To convey confidence in a consumer’s mind, [retailers are] showing items from a variety of angles and in a variety ways.”

A shot from an Asos product page video

Aside from reflecting a brand’s quality standards and aesthetic, images should link to a brand’s values. In physical stores, clothing featured on mannequins sell faster and at a higher rate than styles on racks. Therefore, retailers that pride themselves on customer service will want to avoid flat-lay image, noted Jason Goldberg, svp of commerce at digital agency SapientRazorfish.

“It used to be that you just needed a picture, and you’d sell,” said James Ingram, CEO of Splashlight, a visual content creation company that calls Victoria’s Secret and Helmut Lang clients. “Now, you really need the right picture, and you need to tell the right story.”

Spashlight has learned to expedite items’ speed to site by sending photographers to brands’ distribution centers. “They get photographed and put online as they’re getting set up in the distribution center,” he explained. “Because we’re so digitally integrated into brands’ logistics systems, we’re able to do a lot of that planning upfront. That’s the only way to scale a content system.”

A shot from Looklet’s informational video

Goldberg believes sites will start incorporating an option to view styles in various lighting, to match an office setting or perhaps a nightclub. It’s “the e-commerce version” of fitting rooms with customizable lighting, he said, referring to the feature currently available at Rebecca Minkoff and Reformation’s San Francisco store.

What’s more, image customization is set to prove common. With Looklet, Ingram is already making multiple versions of images so they’ll appeal to a localized marketplace.

“So many retailers are selling to an entire country with one image,” Ingram said. “If you can create multiple versions of that image, so that it’s styled to what she might wear in Boston, versus the white jeans she might wear in Palm Springs, or the shorts she might have on in Miami, your odds of selling that sweater are going to go up.”

What may prove even more effective is serving up a model of the same size and shape as each shopper. Both Goldberg and Savili said Rent the Runway’s incorporation of “real” models — shoppers who voluntarily provide images of themselves wearing their rented looks, along with their height and weight — is likely to catch on.

A Rent the Runway customer’s home photo, featured on renttherunway.com

“If I’m tall, I would love to see that stuff shot on a tall model. And if I’m short, I want to see it shot on a shorter model,” said Goldberg. “I want to be told exactly what the model’s dimensions are so I can compare her to me.”

However, further down the road, such a comparison may not be necessary. In 2016, Zappos collaborated with Intel on a pop-up where shoppers could “try on” denim through 3D scans of their body. As stereoscopic cameras, which capture 3D images, become more popular, the shopper-as-model could become common on e-commerce sites, Goldberg said.

“Retailers with the right images and the new tools in place that personalize images for the right person, at the right time are going to have the high conversion rates,” Savili said. “If you don’t take photography seriously, don’t do a website.”