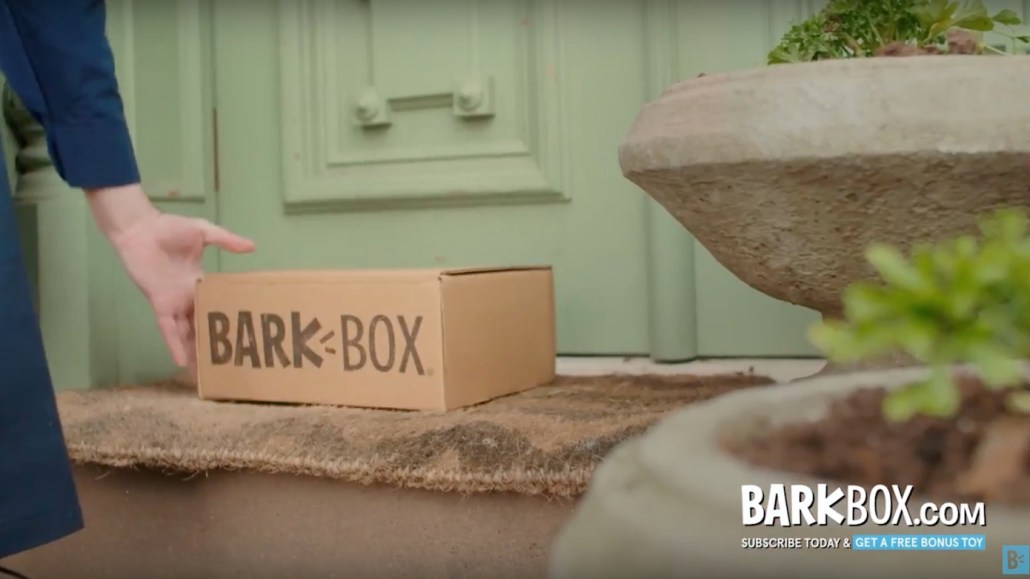 BarkBox has joined the growing group of direct-to-consumer companies that are redistributing their Facebook spending to traditional channels.

The subscription service, which delivers boxes of dog treats and toys starting at $21 per month, has spend around 75 percent of its ad budget on Facebook since launching in 2012. In April, it cut that to 25 percent to spend more on TV, direct mail, events and retail, with plans to add radio and out of home.

Facebook in January prioritized user posts over brand and publisher content, leading to increased competition for ad inventory in the feed and causing CPMs to shoot up 122 percent year over year, according to AdStage data reported by Recode. Bark, the company behind BarkBox, is still using pet influencers with organic posts on social media. But it sees traditional media, especially TV, as a better deal than Facebook and a way to expose the company to a wider audience.

“Smart companies will always be looking to find eyeballs in other places at lower costs,” said Jay Livingston, CMO of Bark. “I’ve had conversations with CMOs who’ve said they wished they would’ve moved money away from [Facebook] sooner. That’s similar to us.”

BarkBox experimented with traditional media last summer when Livingston joined the company, partly because he had experience in TV and out of home as the former svp of global marketing at Bank of America. “We always knew we didn’t want to be at the mercy of one platform,” Livingston said.

In November, BarkBox tested its first national direct-response TV ad and looked at the number of subscriptions were generated in the five minutes after the ad aired. BarkBox would not share its results so far.

Bark does all of its creative in-house, unlike some other direct-to-consumer companies, so it can create a TV ad for one-tenth of the cost of an agency and with quick turnarounds — it created the company’s first TV ad in a month, Livingston said.

“That’s the difference-maker,” said Livingston. “If you add an expensive commercial in the mix, it suddenly makes those CPAs [cost per acquisitions] become less appealing.”

Bark, which is rumored to be going public, brought in over $100 million in revenue in 2017 and expects to double that this year, according to the company.

Bark is also planning more events, which take the company outside of urban areas where the most of its BarkBox’s customers live. It was an official sponsor of the CMA Fest last weekend in Nashville, where BarkBox had a booth, conducted a contest and passed out free dog toys.

Radio, print, out of home and physical retail locations are in the plans as well. Bark started selling toys in Target stores and will expand to other, unnamed big retail chains, Livingston said.

One place you won’t see BarkBox ads is the New York subway system, which is already crowded with other DTC companies such as Casper, Seamless and Away.

“If you’re really looking to maximize the amount of customers you get per dollar,” said Livingston, “that’s probably not where you would go.”