Great Scott! Live Tweeting “Back to the Future” for a Cause 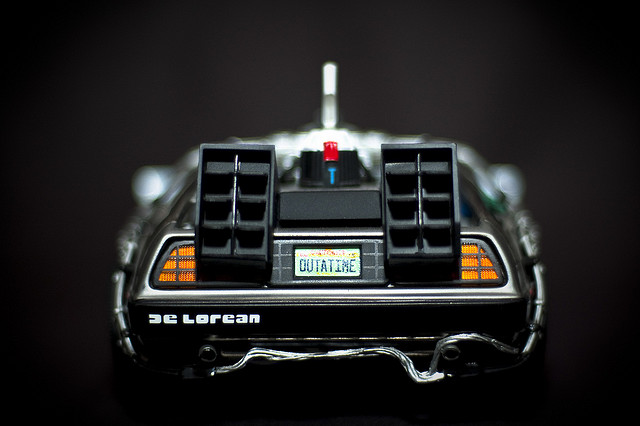 Marty McFly is not due to arrive in the future until October 2015, but it appears he and his friends have shown up a little earlier than scheduled – and, naturally, they’re tweeting about it.

The Hill Valley Project is a new, fun Twitter project from Gavin Fox, Martin Rose and Tom Hartshorn – creative directors at Poke, Mother London and Nation, respectively. They’ve taken it upon themselves to bring the cult classic film into the present by creating Twitter accounts for all of the main characters and having them tweet everything that happens in the film, “as it happened, in real time.” All of the characters tweets are pulled into the fictional town’s feed.

According to Fox, the idea came from Hartshorn’s similar project a few years ago, which recreated “Home Alone” on Twitter. Because they all love “Back to the Future,” they decided to give it the same real-time social media treatment.

The trio will keep tweeting throughout the week to recreate the whole story as Marty et al. experienced it.

“We have written out 1208 tweets, all in Twitter style, complete with hashtags, Twitpics, video links and a few surprises along the way,” explained Fox, who is not related to Michael J. Fox, the film’s star.

While The Hill Valley Project site makes clear it’s not affiliated with the Michael J. Fox Foundation for Parkinson’s Reasearch, the ad creatives do hope the foundation takes notice and maybe uses this project for some good. The actor was diagnosed with the disease in 1991.

“We’re really inspired by the Michael J. Fox Foundation — they’re trying to accelerate the process of bringing medicine to market by concentrating on one crucial part of the process where they know they can make a real difference,” said Fox.

“As the site says, we don’t have any affiliation with them, we just felt like this would be a great platform to give them some attention. We have contacted them since with no response — Michael’s new sitcom aired last night so they’re kind of busy right now. We really hope they see it and like the idea.”

Right now, the characters are still at the the beginning of the story — McFly (@_M4rtyMcFly), is getting in trouble with Mr. Strickland (@_MrStrickland).