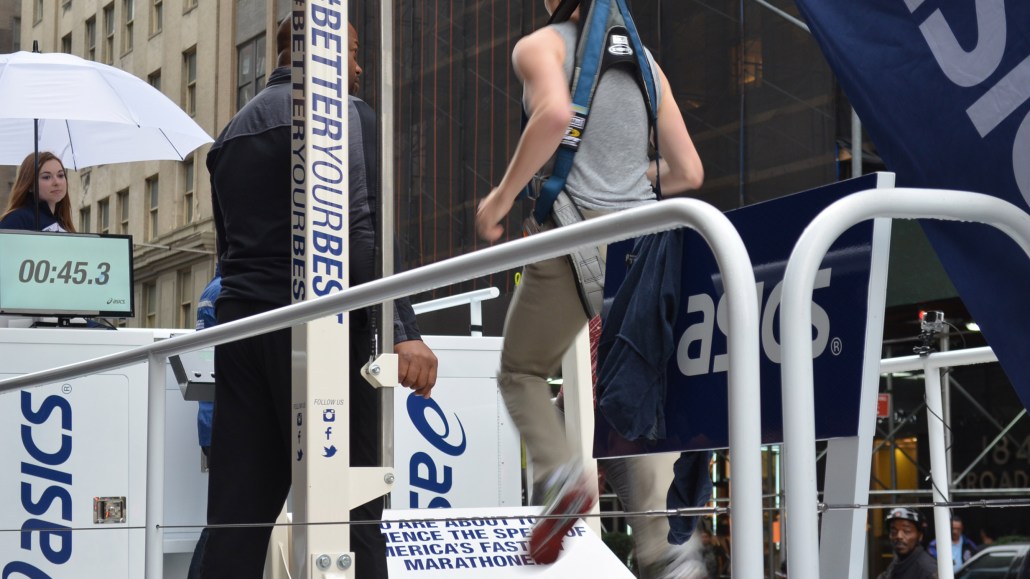 On Sunday, over 48,000 New York City Marathon runners will stream across the finish line in Central Park, winners all of them, mostly coming in hours after the elite runners. It can be hard for regular middle-of-the-pack joggers to realize just how fast elite marathoners go.

Asics is showing people just how fast the world’s top runners are in advance of Sunday’s 2013 ING New York City Marathon, the shoe company is hosting an “Asics Treadmill Challenge,” daring you to see how long you can run at 12 mph, roughly the average pace of elite marathoner Ryan Hall.

Asics is currently touring the city with a one-speed treadmill, set to what amounts to a 4:46 minute mile. Brave participants are strapped into a harness and are challenged to run at that speed until their legs give out. And give out they will.

“People know conceptually get that 4:46 is super fast,” said communications director John Hickman of Vitro, the agency working in conjunction with Asics, “but until your legs are moving like the Road Runner, it doesn’t sink in.”

Participants are then sent a video of their run via email. So, unless you decide to share it yourself, no one will see you collapse miserably in your harness.

Since its launch last week, the treadmill has had almost 500 participants. The current record holder is around eight minutes and six seconds, though they could be booted off the top spot of Asics’s leader board at any time. The company is handing out free Asics shoes as a prize for the man and woman able to hold Hall’s speed the longest.

But perhaps the best prize is that Ryan Hall himself has been hanging around the treadmill to root runners on and give them pointers. 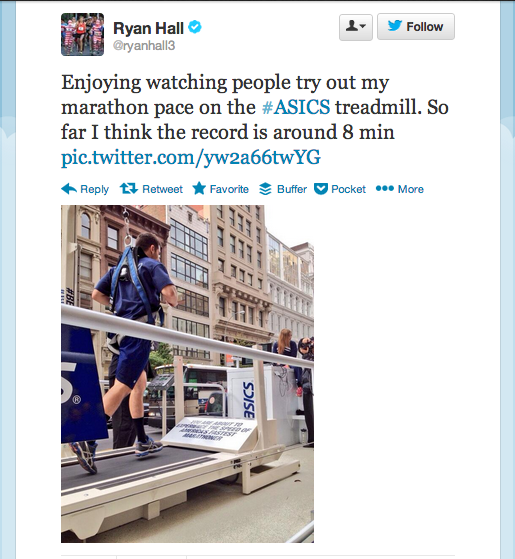 Here are a few brave souls failing on camera: