Pitch deck: How Amazon is pitching its attribution tool

Platforms are notorious for offering advertisers free tools that also, surprise, collect data for the platforms. Amazon is no different.

Last August, Amazon launched the beta test for the Amazon Attribution pixel in the U.S. and Canada. Advertisers place the pixel on ads outside of the Amazon walled garden such as eBay and YouTube so that they can see if those placements contribute to a sale back on the site.

A pitch deck for Amazon Attribution seen by Digiday says the pixel will give advertisers a “singular view of audiences across devices” for ads. The pixel is presented as a way for advertisers to see the true value of their campaigns, using metrics like page views, clicks, unique reach and sales to articulate how well ads are driving traffic back to Amazon. The performance of those ads can also be broken down into audience segments for a granular view, per the deck.

“The key thing we’ve found in our first few months with the pixel is that it shows the power of Amazon’s first-party shopper data compared to other players on the market,” said an e-commerce executive on condition of anonymity. “We had one client that was running a display campaign for prospecting new clients and we were able to compare how it worked compared to a similar campaign on the Google Display Network. Nine times out of 10, the Amazon data was more effective.” 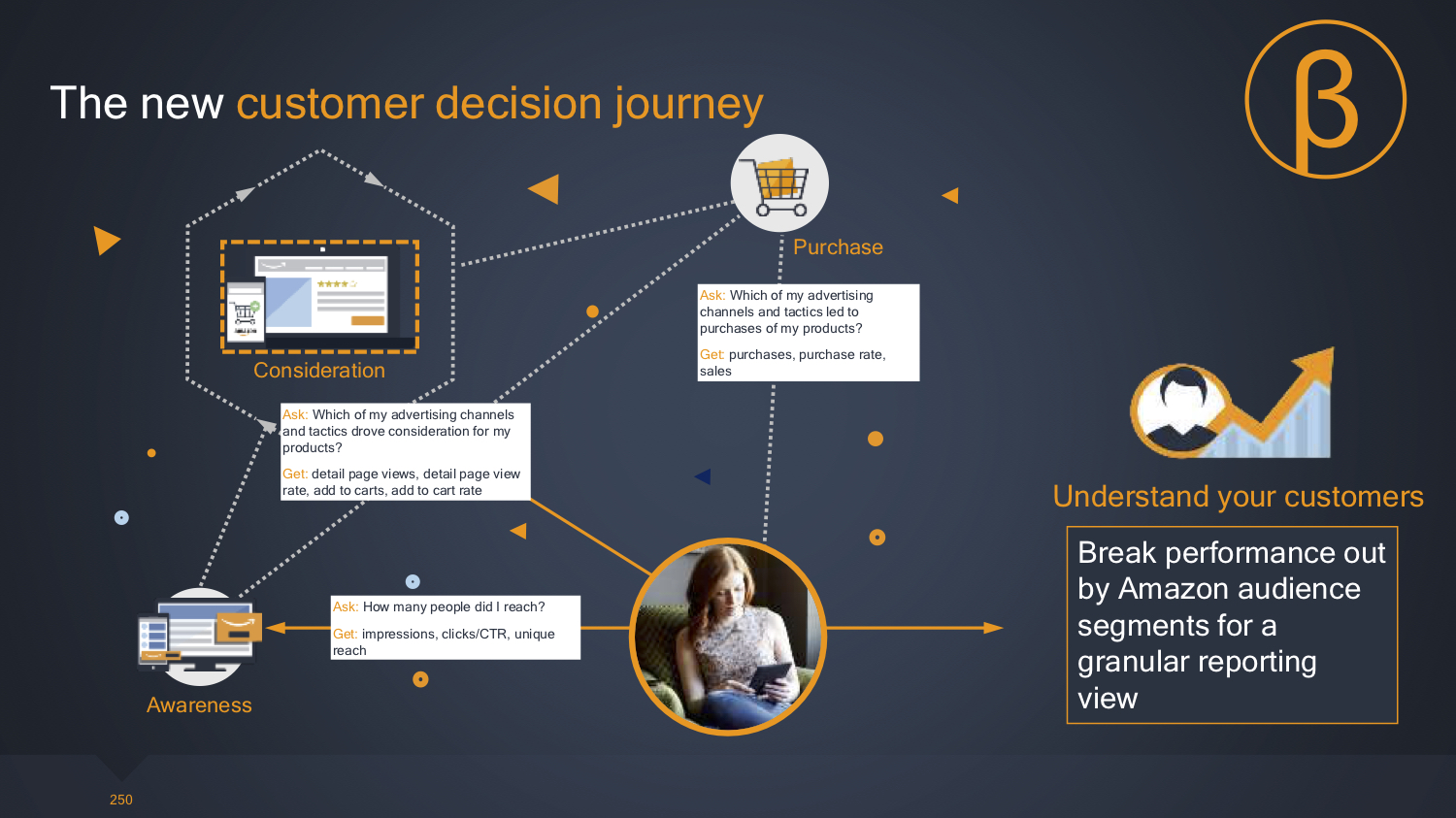 Since the beta test launched, the deck claims advertisers have used the learnings to identify valuable segments they can target off Amazon as well as a focus spend on certain publishers whose readers are more likely to click through to an ad featuring an Amazon link. 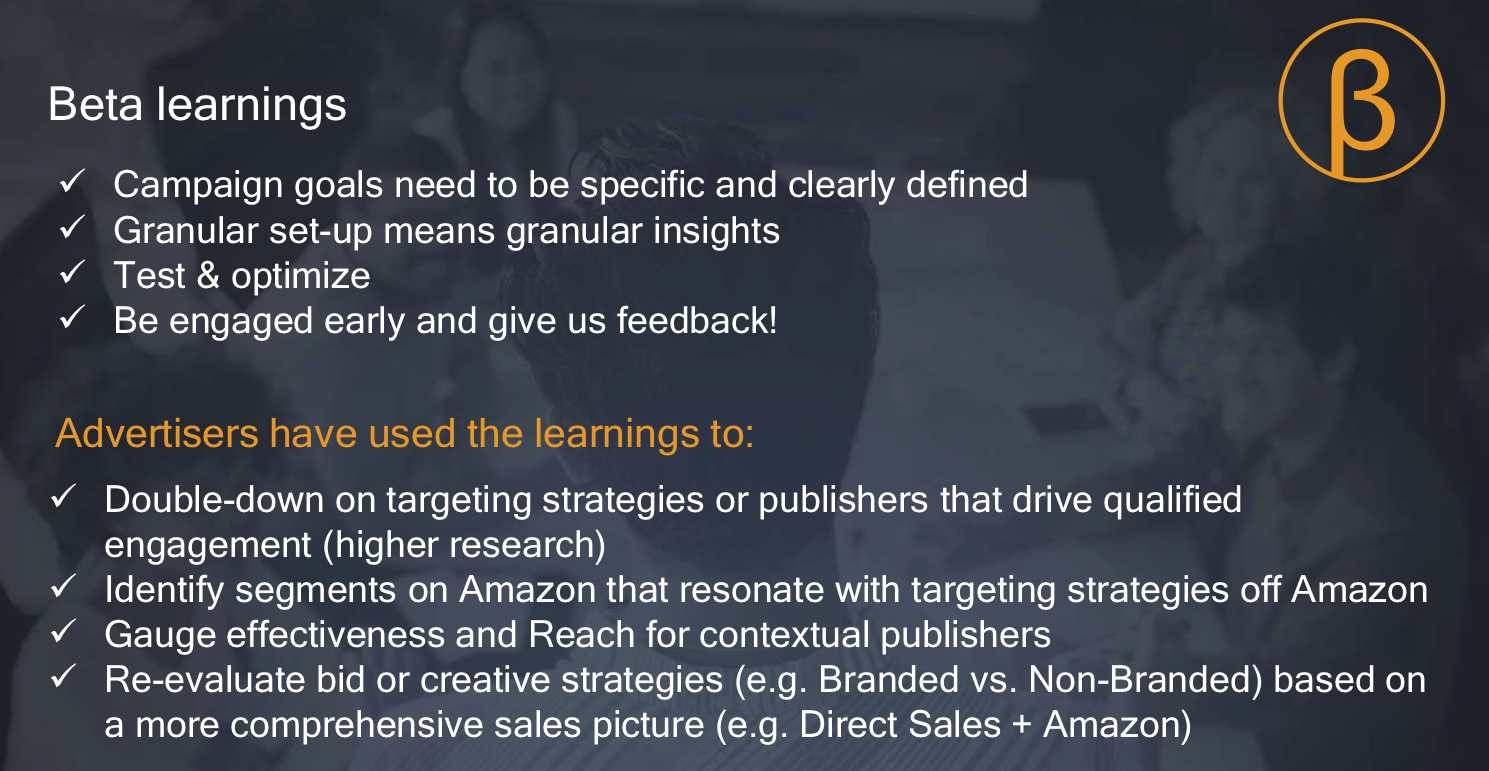 Amazon doesn’t need to reinvent the wheel when it comes to attribution. Like Google and Facebook, the retailer wants to show that it drives the amount of ROI for a given amount of media spend so advertisers will increase their budgets, which it outlines on one of the final slides on the deck for Amazon Attribution that shows its road map. 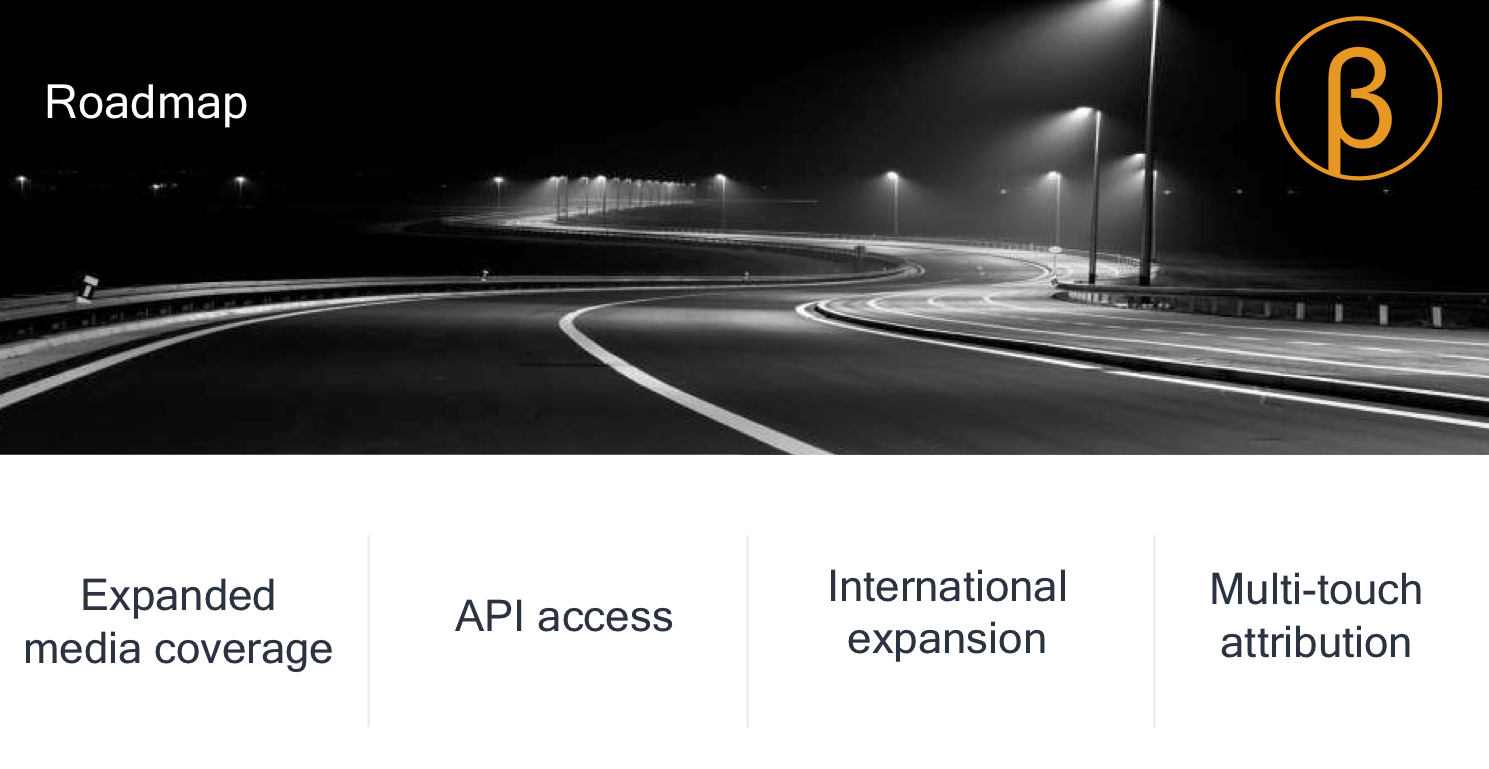 “Using the pixel has helped my clients define their destination strategies,” said the e-commerce executive. “We’re seeing that more times than not, shoppers would prefer to purchase on Amazon rather than a brand’s dot com when they have the choice. Those insights haven’t been available before, so it’s helped us justify to clients why they should increase spend on the platform, whether that’s by taking it from other channels or through incremental dollars.”

Some advertisers worry data gleaned from the pixel could make Amazon aware of the type of ad creative perform well or what products sell well in the categories they plan on overtaking, for example.

“Two of the larger Amazon advertisers I buy ads for are concerned the pixel could give Amazon too much of their data,” said one agency executive on condition of anonymity out of concern they could jeopardize commercial deals with clients. “My clients are worried that if they do give Amazon more valuable data on media strategies and targeting, it could make the site even more competitive.”

“Yes, Facebook and Google have attribution data as well, but what makes Amazon so different from those two giants is the fact that Amazon can turn around and compete with a retailer — just look at the rise of Amazon’s private label business,” said said Ryan Kelly, vp of marketing at ad tech platform Nanigans.

The added risk is around who is responsible for any data breach.

“The brands I work with worry that the pixel could kick up privacy concerns in the current climate and so are asking themselves, ‘If there was a data breach, who is liable here?’” said an ad buyer. “Amazon’s execs haven’t told me they’re going to address those data privacy concerns, but I wouldn’t be surprised if they’re working on a fix. The company has shown in the past it’s willing to introduce better safeguards to the system with the work they’ve done around viewability if it helps them establish a better ad product.”

The concerns come in spite of the stance Amazon has already outlined to advertisers already on the trial. Amazon Attribution inputs are used solely to generate the brand’s automated campaign, which are subsequently only for the benefit of the businesses running the pixel, per the terms and conditions of the trial. The terms of service also explain how all data is anonymized and aggregated into forms collected and shared in accordance to Amazon’s privacy policy.