‘I always wanted to put on a show’: Y&R global CEO David Sable on being in the public eye 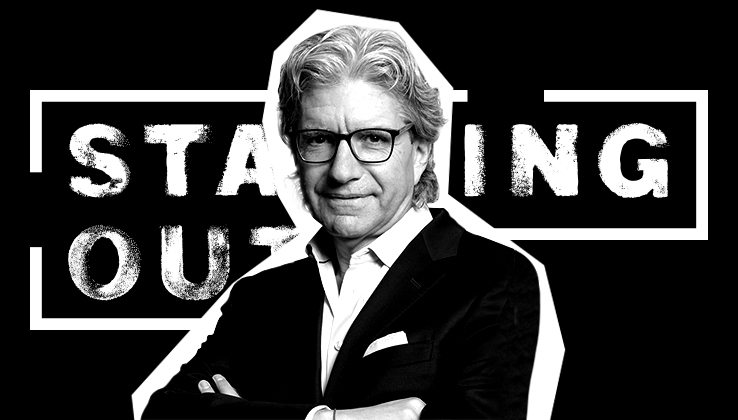 David Sable, Y&R global CEO and chairman of the board, is a pillar of the Madison Avenue set. The former Wunderman executive is known for his love of magic tricks and showmanship — something that’s been ingrained in him from the start. On this week’s Starting Out, Sable talks about growing up as a rabbi’s son, paleontology as a career choice and how he’s climbed the ladder.

I grew up in New York, in the Bronx. I was born in California; my dad was in the Air Force Reserve. My father was a rabbi. There was no Jewish community there at all. And he built a large Orthodox synagogue and founded a day school, a Hebrew school. It was kind of an interesting place to be and grow up. When you’re the son of the preacher man, you’re involved by just chance.

Some of my best friends were the sons of the philanthropists of the synagogue. And I was the son of the rabbi. I was like the poorest kid, and they were obviously not. You have to speak publicly from the age of 5 — could be a weekly reading of the Bible or leading services from a young age. I had this public side to me that was interesting. The big joke is, I’ve never had an audience I didn’t like.

But it goes back to that. You grow up in the public light. You have to learn how to talk to people. It’s not just small talk; you have to learn to speak to people. You see your parents at the service of a community, a large community. It’s not easy. As I got older, it got harder. Luckily for me, my father left the rabbinate, and of all things, went into politics, so we were back in the public sphere in a different way. When you’re the son of a rabbi, one of a few things happen: You go off the deep end and end up on a mountaintop in India, or you end up in therapy, or you just muddle through. I was the muddler. It didn’t destroy me. It did build me.

I was always one of those people who wanted to put on a show. My friend Judy and I, we used to be children’s entertainers in our neighborhood. Judy played guitar, and I did magic tricks and told stories. Sunday afternoons, we were pretty well-employed for birthday parties.

I remember in my first agency job, I was an intern, and a client walked in looking for the owner. They were out, so he said, “Can you take a brief?” They were having this thing where they were starting to sell juices. And he said, “We need an ad.” So I take the brief, write up the ticket and I’m sitting there, and I had an idea. I wrote a headline, sketched something out, went to the studio. By the time the owners get back, it was all done. That was the first ad I’d ever done.