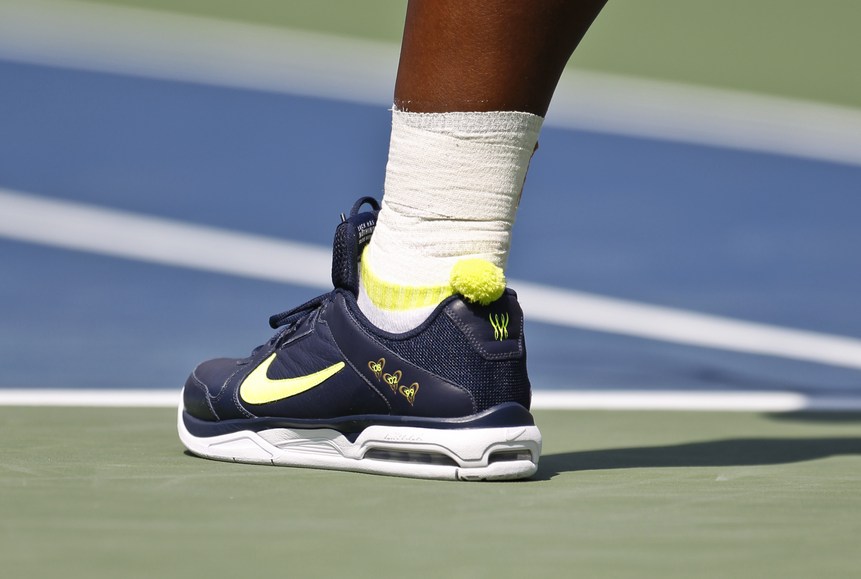 If you’re a media buyer wanting a new pair of kicks, Akamai can help. The data-driven ad network is shipping hundreds of old sneakers to prospective agency client, and promising to replace them with brand-new Nike ones if they meet with its salespeople.

“Wouldn’t you rather have new ones?” the boxes read, in reference to the used shoes they house and its Brand NU Game campaign. “Redeem this old sneaker for a pair of new Nike iD running shoes! Meet with your Akamai representative, and they will deliver a pair in your size.”

Salespeople regularly incentivize buyers to meet by buying them gifts at “tangible meetings” that regularly include custom jeans fittings and outings to sunglass stores. But Akamai’s approach is a bold one. It makes no bones about the fact that it’s essentially trading sneakers for buyers’ time and attention.

“This tops all of the swag I’ve gotten,” explained one agency staffer that received the package. “Sitting on my desk was a big box from Akamai, and it said ‘shoes inside.'”

But Akamai says the initiative was less about buying agency time than it was setting it apart from its peers in the increasingly crowded ad technology and data market. Avi Spivack, product marketing strategist for its ad solutions division, said it doesn’t have trouble getting meetings, but it’s finding it increasingly difficult to “cut through the noise.” Hence the sneakers.

“We figured a giant box with an old sneaker would get attention, and it has,” he said. “Redemption rates are great, and some agency people are saying this is one of the most creative gifts they’ve ever seen.”

Despite the success of the campaign, Spivack did express concerns about the gift culture that continues to dictate which vendors agency buyers choose to spend their time with. He worries that incentives like this have the potential to undermine the company’s products, but, unfortunately, there is a cost of entry these days as venture capital continues to fuel ad tech sales efforts.

“To stand out in the market, you sort of have to do this; in the agency world, it’s a way to incentivize 20-something media buyers to look at you. Ideally, once you get the meeting, you don’t have to offer free stuff to get the buy. We don’t resort to summer houses and stuff like that.”

Other recent vendor ploys have included Izea handing out Apple hardware in return for ad spend and SocialVibe raffling trips to Vegas to generate leads.

Then there are the vendor summer houses, of course, which staffers from many of the major media agencies including Universal McCann, Aegis Media, Zenith Optimedia, Digitas, and Mediavest attended this year.

Meanwhile, agencies themselves maintain that they enforce strict policies around the the type of gifts and entertainment their buyers are allowed to accept. In practice, however, those policies are often unclear or go unenforced.

Digiday will continue to explore the inner workings of rebates, incentives and the “gift economy” that surrounds the digital media industry. If you have examples you’d like to share, you can do so confidentially by email at jack@digiday.com.