Agencies keep tumbling for Tumblr — and it’s easy to see why they keep launching blogs in their spare time. The platform is simple, fast and easy to to share.

Last week, Digiday singled out five really awesome Tumblrs from agency creatives. But, we needed to add a few more standouts, like one blog featuring dudes holding babies (and puppies) on Tinder, and another focusing on pictures of hipsters taking pictures of food. Meta! Without further ado, here are five more great Tumblrs agency creatives have built while goofing off on the side. We won’t ask if the hours spent on these were billed to anyone.

Who’s your daddy? Not you, we hope. Nothing could be creepier than a bunch of dudes using babies as enticement for  hookups. Red Antler strategist, Emily Grubman, has documented the baby-toting men of Tinder trying to show their fatherly side. Let’s save that date money for future therapy, shall we? 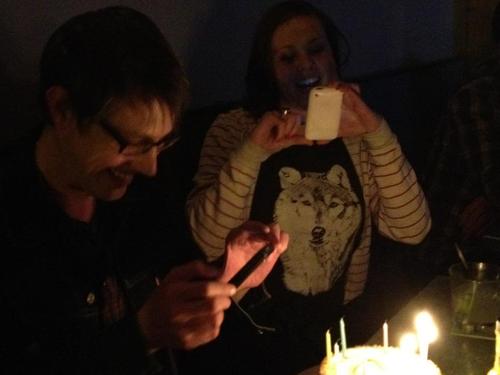 Zane Hart, a senior copywriter at Huge, knows that the way to a hipster’s heart is through her stomach — by way of Instagram. Or something like that. So he decided to document the phenomenon on Tumblr. Here’s lookin’ at you, lunch.

Red Antler designer McKenna Kemp screengrabs absurd image and text combinations that she finds online. For example, Walmart.com was evidently selling Banksy “Destroy Capitalism” canvas prints through its marketplace — an irony the artist himself would no doubt relish.