Can Google Glass aid the disabled? 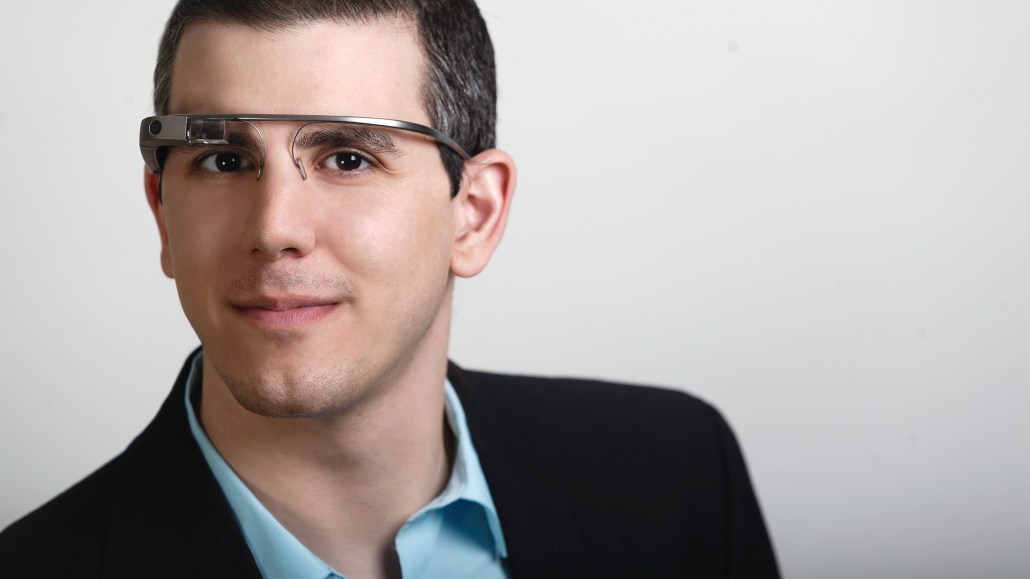 Google Glass has its share of detractors — see this SXSW panel, “Glassholes: The Cultural Dissonance of Technology” — but there’s little doubt that the wearable tech phenomenon will evolve from a nerd alert into something truly useful, even quite possibly revolutionary.

Mike DiGiovanni, emerging technology lead at digital agency Isobar and Google Glass enthusiast, is a firm believer. In fact, he has produced an interesting prototype of “Glassware” called Tilt Control, which makes Glass usable for people with physical disabilities that prevent them from using their hands.

Google Glass is nearly entirely voice controlled, but users typically activate Glass by running a finger along the touch pad on the right side of the headset. With Tilt Control, Glass users can enliven the device with a wink.

“Glass was heralded as the device that was going to bring Internet accessibility to everyone because of voice control, but voice control only brings you so far,” DiGiovanni told Digiday. “This gives you the ability to use the entire interface of Glass without having to bring your hand up to the touch pad.”

DiGiovanni began working on the app in October 2013 but had to shelve the project after a Glass update in November made the headset’s wink sensor less receptive. The change not only stalled DiGiovanni’s Tilt Control project but rendered useless his popular Glass app Winky, which allows users to take photos with the bat of an eyelash. Google ultimately integrated the technology that Winky used into its standard settings with a subsequent update in December.

DiGiovanni has no problem with Google co-opting his ideas. In fact, he hopes it happens again with Tilt Control. DiGiovanni’s other popular pieces of Glassware include Bulletproof, a lockscreen mechanism that Google also integrated into Glass, and a hack that displayed the map from “Grand Theft Auto III” on Glass.

So far, none of DiGiovanni’s released Glassware work has been done for clients. They have, however, helped Isobar attract developer talent, and the agency is working on Glass apps for some existing clients, he said.