This agency created a voice assistant inspired by a Swedish grandmother 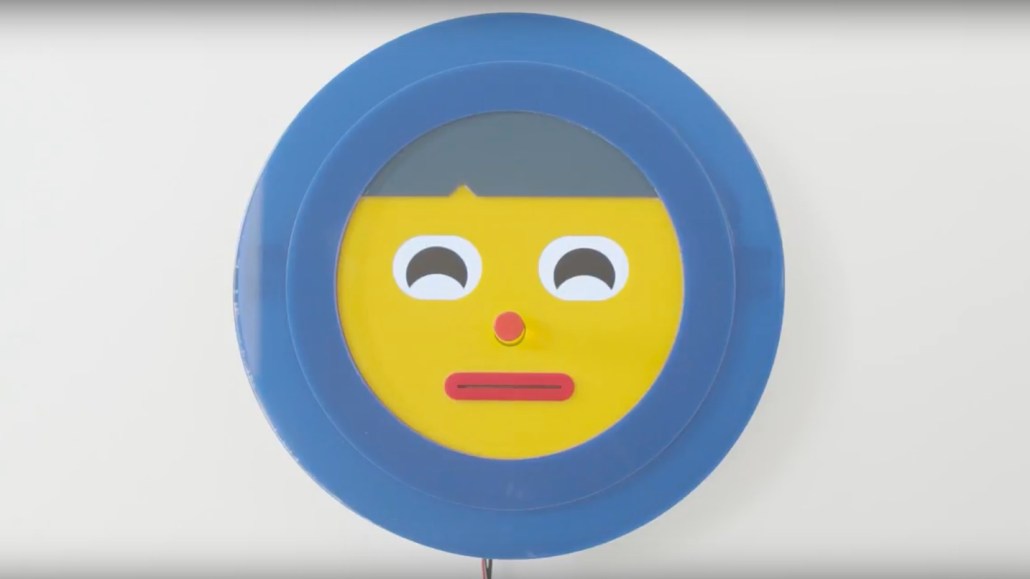 Google Home, Echo and other voice-activated devices have many capabilities, but one agency believes they lack something essential for the future of voice: personality.

B-Reel designed a virtual assistant that takes on the persona of a Swedish grandmother. Named Sammi, the round, yellow and blue device hangs on a wall at the agency’s Los Angeles office, ready to dole out grandmotherly advice in her robotic Swedish accent, a homage to the agency’s Swedish roots. The robot, made from IBM Watson technology and designed to look like a grandfather clock, operates differently than voice assistants on the market today, which show snippets of personality at most in the jokes they tell.

With Google Home or Alexa, one can count on them to do what they are told, as long as they hear you correctly. With Sammi, that’s not always the case.

“She definitely expresses her mood, which can change from time to time like an actual grandmother,” said Petter Westlund, chief creative officer at B-Reel and creator of Sammi. “Sometimes she’s accommodating, and other times she’s grumpy and will do what she wants.” For instance, ask her to play Kanye West, and Sammi will either do so (after you say the “magic word”), or she might play the music she likes — Swedish folk music. Or, ask her to order a burrito, and she might order a salad instead because she thinks it’s healthier.

Beyond that, Sammi communicates through a printer that sends notes from her mouth. For example, she will “knit” a scarf for someone who’s cold with a note covered in a pattern. The agency also uses it to do mundane office tasks, such as booking meeting rooms, ordering food and changing office music. Sammi can also notify those around her about company meetings and the agency’s weekly beer happy hours.

The agency hasn’t worked on a voice-powered campaign, so Sammi also teaches them about working with voice assistants. When it comes to virtual campaigns, the agency is most familiar with virtual reality and augmented reality, like with its most recent work for the launch of the Gorillaz album “Humanz.” Westlund believes voice will be a vital part of campaigns in the future, but that people will tire of speaking to generic voice assistants like Siri or Alexa.

“Voice assistants today are so boring,” said Westlund. “With so many more voice assistants coming into the market today, they will have to be more creative to gain traction in the industry. Our internal thesis is that adding more uniqueness and personality can be an interesting factor in making these objects more relatable, and to give them a place in our environment.”