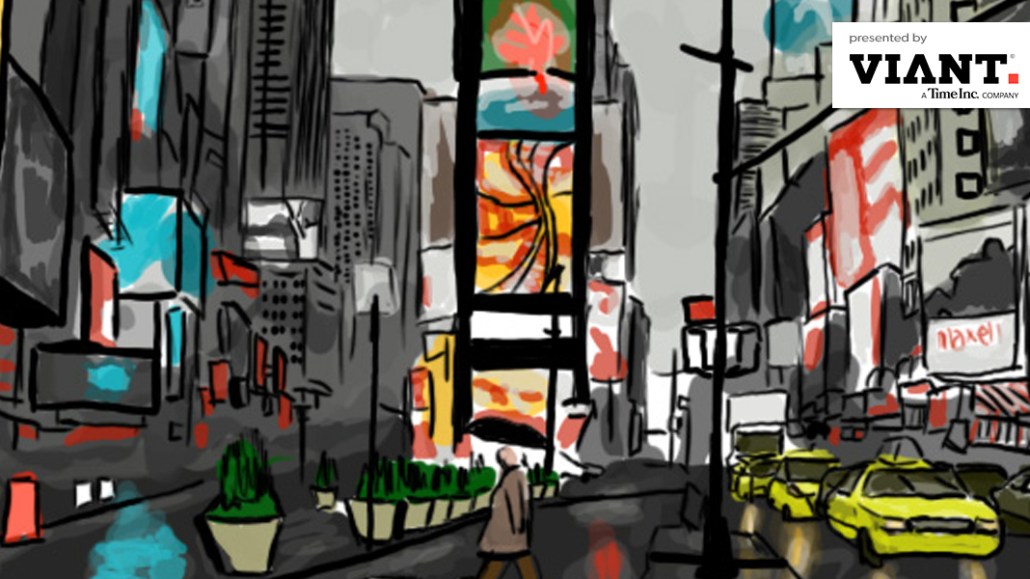 You made it. It’s the final day of Advertising Week, which runs only for four days, because life is a rich tapestry. Here’s what you need to know.

The seven stages of Advertising Week 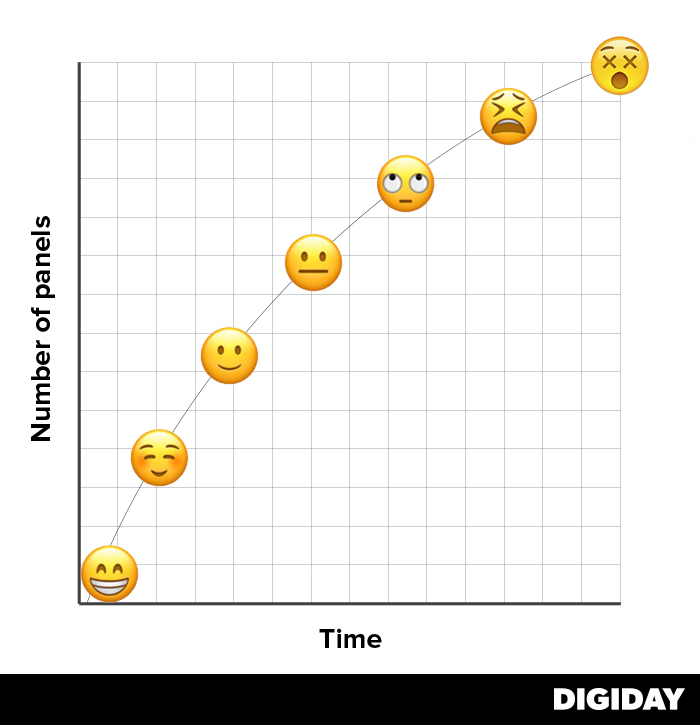 Scale is a dirty word
Chasing big audiences used to be the be-all, end-all. Now, scale has become a dirty word, associated with ad fraud, flyby traffic and clickbait. Premium publishers can’t compete with the platform giants on scale, so they used the Advertising Week platform to throw water on the practice of audience buying. USA Today Network’s Michael Kuntz said the publisher’s own analysis shows ads perform better on its own sites, where people are more engaged, than on distributed content. “When you’re scrolling through a slideshow of beach bodies, you’re not going to pay attention to an ad, especially if it’s intrusive,” he said. That might resonate with some, but for marketers selling toilet paper and toothpaste, scale is not going away. — Lucia Moses

Every brand marketer got the memo about trust and transparency, and did a stump speech calling for fewer walled gardens and more transparency from their partners — agencies or platforms. Every publisher had the requisite talking points about operating in the Trump era. Every agency tried, once again, to prove its worth. And of course, diversity has been front and center, for another year where everyone mentioned progress but admitted much was to be done. You could call it predictability, but we’d call it a triumph of PR. — Shareen Pathak

Advertising Week Translator, Part 2
“I learned so much from all the speakers this week.”
Translation: “I didn’t buy a Delegate pass, and I have no idea where the Bing Stage is.”

“Voice is really going to be the next frontier for brands.”
Translation: “I can’t even get Alexa to play the song I want.”

“I mean, it all comes down to how you define ‘advertising,’ doesn’t it?”
Translation: “I’ve given up and nothing matters anymore.”

“That last panel blew my mind.”
Translation: “The Wi-Fi wasn’t working, and instead of fiddling with it for 45 minutes, I actually listened.”

Overheard
When asked for a reaction to Advertising Week, one publisher attending for the first time described it as “a bunch of hoopla,” adding it had trouble seeing the event’s usefulness for publishers.

Publishers are typically an ingredient in Advertising Week rather than the main course. But with Google and Facebook now occupying an unprecedented position of dominance in the digital advertising market, some publisher attendees said they feel less secure in their role in the ecosystem. “Facebook and Google are definitely on everyone’s minds,” another publishing source said. — Max Willens

“Everything will move in-house eventually,” said one brand marketer. “Brands can work with media companies and the likes of Google and Facebook directly, so why do they need agencies? They need agencies because when shit hits the fan, they have someone to fire. That’s why there are agency reviews when Wall Street asks, ‘Where is the money?'” — Yuyu Chen

Coming up
9 a.m. onward: The One Club puts on its annual Here Are All the Black People career fair at Metropolitan West.

12:15 p.m.: Saturday Morning, the group that formed last year to promote diversity in the industry, shares the progress they’ve made.