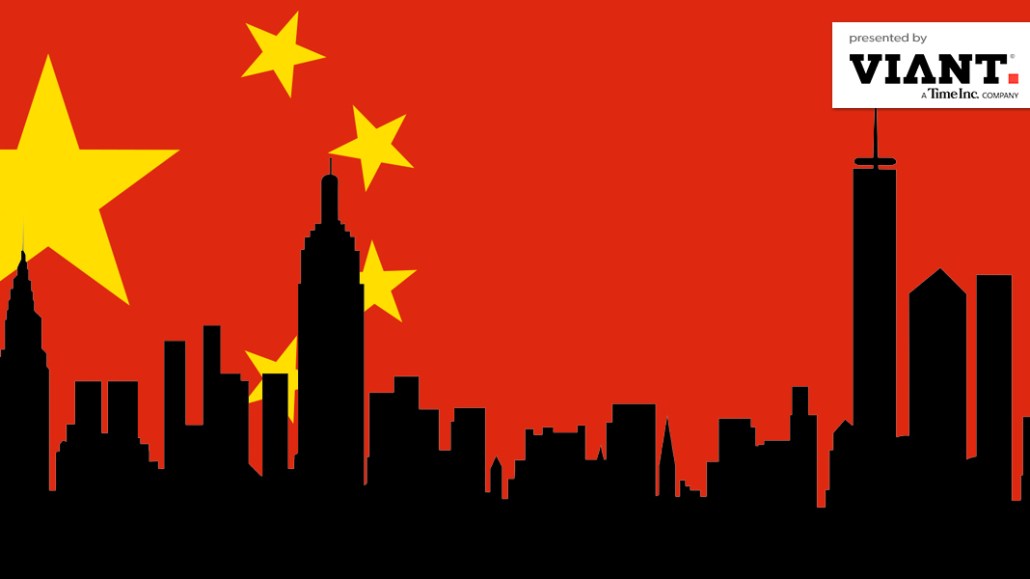 You’re halfway there. Fire up your go-to meditation app and remember to keep hydrating.

Watch out for Tencent and Alibaba
WPP chief Martin Sorrell has proven himself a keen student of threats to advertising. He called the rise of Amazon early, and he is now forcing audiences at Advertising Week to think more globally than they have before. In a session with The New Yorker’s Ken Auletta, Sorrell called out Tencent and Alibaba as companies the industry should watch out for, along with the triopoly of Google, Facebook and Amazon. “The West — [I, myself, fall] into the category — doesn’t want China to succeed because we want to go out and compete with them. But they are going to win and be competitive,” he said. “In Singapore, Alibaba is competing with Amazon head-to-head, for instance.”

They’re well worth watching. Tencent had a sort of coming out party at Cannes this year, right after debuting new ad tech capabilities in the U.S. last year. In the south of France, even as Google and Facebook seemed to pull back, Tencent advertising chief SY Lau made it a point to woo marketers, with a headquarters in the Palais and meetings with the world’s top marketers. Now it’s here, along with Alibaba, with scale on their side and a lot of interest from stateside brands. Yesterday, the company hosted a full afternoon of content outlining the new Chinese consumer and how to “win” with WeChat. “Facebook is an old social network,” said one student in attendance. “I mainly use Instagram, and I’m thinking of starting to use Twitter and WeChat.” — Shareen Pathak

Publishing in the Trump era
The brand safety scare that caused marketers to pull their ads from YouTube earlier this year was supposed to help lift the fortunes of publishers of high-quality editorial content. But news publishers are battling a different kind of brand safety problem in the Trump era, where the divisive political climate has hurt news publishers. Participants on a publisher panel said advertisers are highly skittish about appearing near politics news. “Our politics coverage brings in a reader who’s super-engaged, yet they don’t want to be around our political coverage. It’s a frustration,” said Slate CRO Charlie Kammerer. “Unfortunately, Trump has made politics a bad word to be around.” Those brand concerns have publishers looking for workarounds, like shifting ads to the lifestyle section or recasting news as other subjects. (“It’s not news, it’s finance!”) Vice’s digital vp Andrew Smith said the publisher spends a lot of time figuring out how to classify what otherwise might be considered “news.” Perhaps if Vice can figure out how to make news “safe,” there’s hope for other publishers.

One voice to rule them all
Search is sexy again, and nothing is sexier at Advertising Week than voice-based search. Part of it is simple sales: Agencies proliferate at the event, and helping brands figure out their “voice strategies” makes for a great sales pitch. (That’s even the title of a panel this week that’s actually about figuring out what tech matters.) Unilever CMO Keith Weed has been everywhere, extolling the successes he’s had with voice — the brand’s Cleanipedia Amazon Echo Skill, which answers questions about home cleaning with a direct link to e-commerce (Have a wine stain? Try Persil), now has 15,000 users in the U.K., where it debuted. The brand plans an 11 percent increase in investment in voice. Havas Health is also working on a pharma client for an Echo project.

Voice has already, in two days of sessions, been touted as the salve for bad user experience, the way to reach millennials (and Gen Z, and whomever comes next) and “the new touch.” — Shareen Pathak

Advertising Week: like Cannes only it’s 90 degrees and you’re dodging Cookie Monster and the Hulk en route to a panel at Dave and Busters 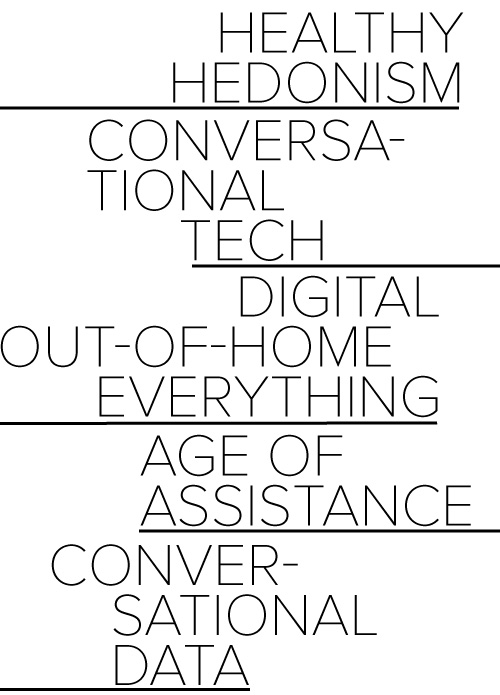 Overheard
“So, what are you looking forward to tomorrow?”
“Death.”

“The problem with Advertising Week is everyone is just on stage advertising themselves.”

“My Advertising Week is crazy — 13 client meetings in two days. Can you believe it?”

“I’m really busy this week — and I didn’t even buy a Delegate pass.”

Extra phone chargers, extra (extra) coffee and zero sleep. On day one of #AWNewYork, we surveyed attendees on how they are surviving the panels, networking, happy hours and moments in between. For more @advertisingweek coverage, subscribe to Digiday’s daily briefing through the link in bio.

11:15 a.m.: Actress Sarah Jessica Parker takes the stage with Instagram COO Marne Levine for a look at how the company has changed the industry.