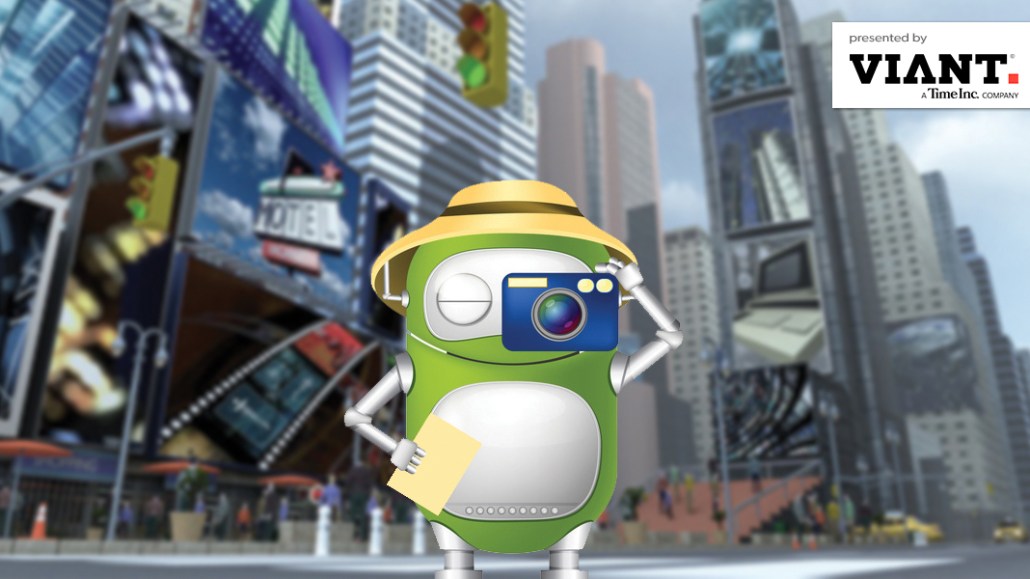 Congrats. You made it through Day One of Advertising Week. This time, don’t forget your phone charger. Here’s what you need to know about the event so far — and what’s coming up.

It is also a hot topic at Advertising Week this year, with an entire track dedicated to AI in the bowels of Playstation East. Whether AI is here or coming is up for debate, but it’s apparently close enough to the media and marketing industries that people want specifics more than platitudes. A star-studded panel titled “Will Rewards of AI Outweigh the Risks?” featuring executives from Microsoft, IBM and GumGum discussing AI from 30,000 feet left more than few people cold — nearly 10 percent of the attendees walked out.

There are plenty of reasons people might have skedaddled. Unilever marketing boss Keith Weed was scheduled to speak shortly after that panel concluded. But for a lot of agency folks, riffs on what AI might mean for society were a lot less valuable than insights into how they might use it for clients. “I don’t think there’s anything to talk about yet,” said one agency owner who sat through the entire panel. “[AI companies] do great stuff for businesses but not for agencies.” – Max Willens

The post-trust era?
Digital ads are under fire. A CMO Council report dropping today found that 72 percent of CMOs are facing pressures from their own bosses to figure out the trust issue between brands, agencies, publishers and customers — indicating the problem has gone beyond the marketing department. And the focus is on agencies: 50 percent of the CMOs the Council surveyed are developing guidelines to figure out if ads are placing on target, and 34 percent expect their media-buying agencies to solve the issue of brand safety. About 34 percent are also beefing up in-house monitoring, tracking placements internally as a means of grading agencies’ own homework. On Monday, Weed, in his first of three appearances at Advertising Week, talked broadly about a “report card” Unilever has done to look at improvements in what he called the “murky” ad ecosystem. He gave an F to improvements in cross-platform measurement. “The trouble about a murky situation is consumers have to wade their way through it,” said Weed. “If this isn’t a wake-up call to the industry, I don’t know what is.” — Shareen Pathak

Show me the money
In spite of issues like media transparency and ad blocking, venture capitalists are still bullish on startups in advertising and marketing, with their investments going to conversational software, artificial intelligence and cross-device targeting areas.

In a panel discussion Monday morning, Natalie Fratto, vp of early stage practice for Silicon Valley Bank, who invests in New York-based startups, said that one in six companies either offers services that specifically target the advertising and marketing industry or chooses advertising and marketing as part of their overall offerings. Meanwhile, Matt Hartman, partner of Betaworks Ventures, said his team specializes in conversational tech, holds around 700 pitch meetings with startups per year and ends up investing in around 30.

Those investors don’t seem like they will cut down on their investments in advertising and marketing anytime soon, even though people are blocking ads. “There’s always a place for ads to live,” said Hartman. – Yuyu Chen

What you really want to talk about
Things said on stage are very different from those said at the bar afterward. One agency CMO, speaking under the condition of anonymity, said when it comes to panels, conversation will center on diversity of talent, but at parties this week, everyone will be talking about automation in media. With the news that Russia was able to build fake pages and promote political ads on Facebook, agencies are spooked. “I think automation is a double-edged sword,” said this person. “It’s a great way to get content out, but what if I wanted to smear another ad agency on there? I could do it.” — Ilyse Liffreing

Coming up
9:30 a.m. onward: The Girls’ Lounge has a lineup of programming with speakers like Meredith Kopit Levien from The New York Times and Jacki Kelley of Bloomberg Media at Microsoft Technology Center’s Bing Stage.

7 p.m.: The Girls’ Lounge dinner, by invitation only at Pier Sixty

9 p.m.: Spotify Soiree, by invitation only at The Pool