This is Side Hustle, a Digiday series that highlights fun, innovative, charitable or otherwise noteworthy passion projects of agency creatives, outside of the workplace.

The World Cup is long over, but soccer fever is still gripping Bruno Leo Ribeiro. An art director from Rio de Janeiro currently working at Hasan and Partners in Helsinki, Finland, Ribeiro is exorcising his demons with Advertising FC, his own version of a football (sorry, soccer) club featuring jerseys and kits specially designed for  some of the major advertising agencies on Tumblr.

“I am passionate about football, design and advertising,” Ribeiro said, “So I thought why not combine these elements for a fun side project?”

And as with many side projects, it was an excuse to keep his creative juices flowing.

“All creatives are constantly thinking,” Ribeiro said. “I was just having some fun with it and wanted to keep practicing.”

Ribeiro has designed 17 jerseys so far—featuring agencies such as Ogilvy, R/GA, JWT, FCB among others. Each jersey has its own color scheme, different font and a unique logo. But they all have some common features: each prototype features the name of the given agency head, are sponsored by one of its main clients, and all feature the number ’10,’ most commonly the team captain’s number.

While he said he couldn’t pick any favorites, here are the five that he “really likes:” 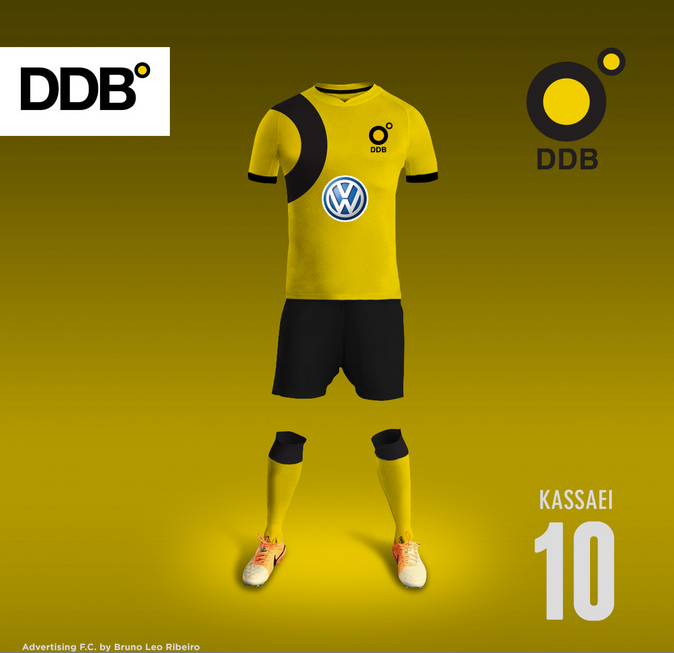 Designed for DDB worldwide CCO Amir Kassaei, this kit made Ribeiro’s short-list for being minimalistic. He experimented with the logo and the brand colors, testing a circle as a graphic element on the yellow jersey, sponsored by Volkswagon. He tried to make the font “modern” and “classic,” he said. 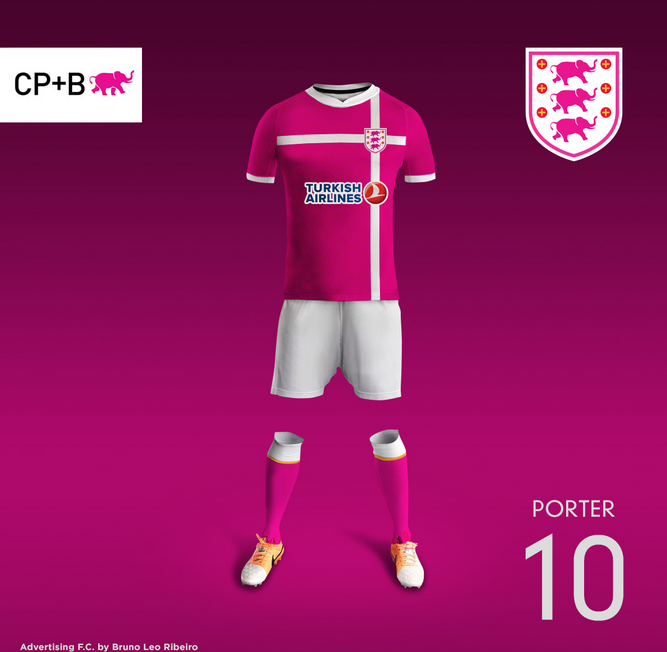 The English soccer team was his inspiration for this one, sponsored in this case by  CP+B client by Turkish Airlines and designed for agency co-founder and chairman Chuck Porter. The three elephants are a tribute to the three lions on the English shield logo. Ribeiro wanted to be untraditional, so he used pink as the main color — unorthodox for soccer. He also stylized the “+,” incorporating it as a graphic element on the jersey, in the form of a “cross” in white. 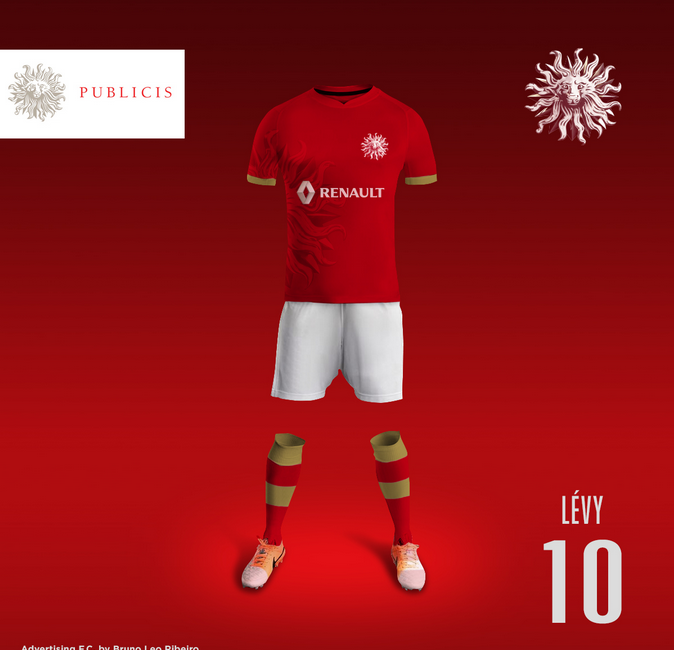 Ribeiro used the gold and red from the Publicis logo for its jersey, inspired in part from the Belgian team’s jersey. He also tried to play with the lion in the logo as the agency’s shield and as a graphic element in it, “sponsored” by Renault and designed for CEO Maurice Levy. 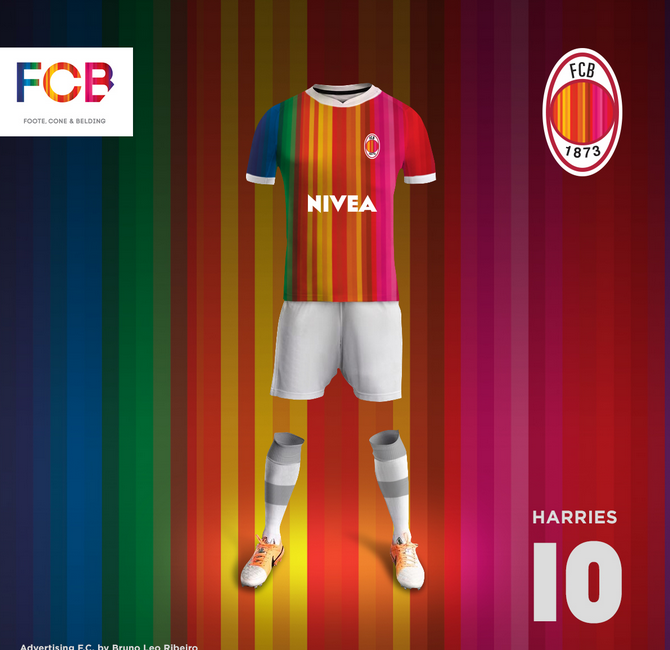 Definitely the most colorful and vibrant among the lot, this kit takes direct inspiration from the agency’s logo for its jersey — keeping the varying shades of blue, green, yellow, red and pink. Nivea sponsors the jersey designed for CCO Jonathan Harries, and its logo was a tribute to the Milan football club. 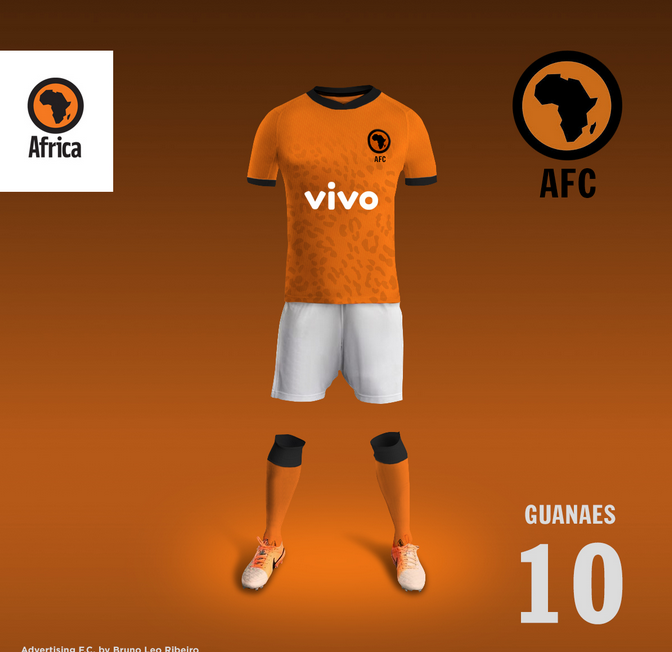 Here Ribeiro remained true to this agency’s name — even though it’s based in Brazil — incorporating a leopard print in the background of this primarily orange jersey, with bits of black. The sponsor for this one, designed for founder Nizan Guanaes, is Vivo.