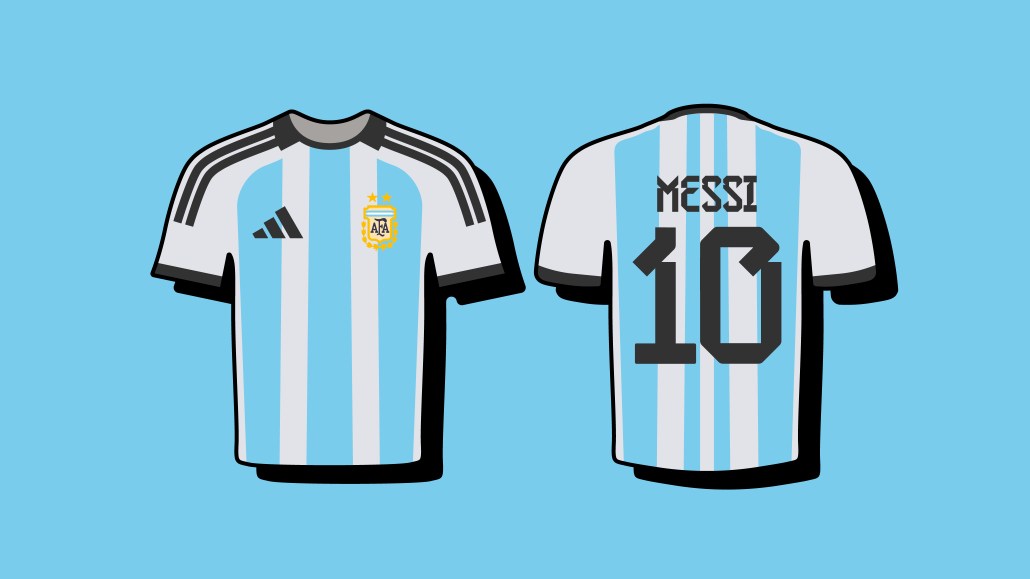 The “Albiceleste” continues to be the favorite to win the Qatar 2022 World Cup title. The Argentine team has been able to advance in the tournament, keeping the fans and brand sponsors including Adidas happy.

Argentina’s team captain Leo Messi’s work is recognized on and off the field. And for Adidas, it was a real advertising coup to honor “La Pulga” in what could be his last World Cup.

The sportswear giant launched a short but substantial commercial to run on social channels. The ad features Messi playing face-to-face with himself in his different facets as he played in the four World Cups that preceded the current one — including the Leo Messi with unruly hair who was full of dreams in Germany 2006, when he was already being compared to the late and legendary Diego Armando Maradona.

The same man who led his country’s national team to glory in CONMEBOL tournaments carried the national team on his shoulders in South Africa in 2010, Brazil in 2014 and Russia in 2018. For this reason, the advertising team at Adidas wanted to pay tribute to the 35-year-old soccer phenomenon.

“All those memories. In our family, the impossible is what we do,” reads the post on the Adidas social media page. It’s the same post that was later replicated by Lionel Messi to his 388 million followers on Instagram.

The Adidas commercial uses CGI technology to show the five versions of Messi making passes to each other on the pitch and giving each other advice on the field.

In the images, viewers see Messi facing himself with his particular haircut and the Adidas jersey and boots corresponding to each moment — a story that, in seconds, covers about 18 years and five World Cup tournaments.

Experts said an artificial intelligence technique was used where the different versions of Messi were shown without aging. Body doubles were also used for the sequence to be put together, they said.

In the ad, fans see the 18-year-old Messi before he is called by former coach Jose Pekerman for the World Cup in Germany. That Messi makes a pass to his 22-year-old version, the one in South Africa in 2010, when he won his first Ballon d’Or and was already considered the best striker on the Barcelona team. Then the Messi of Brazil 2014 enters the scene, an experienced player and finalist of the Carioca World Cup, where he proved to be the best player in the competition. This version makes a pass to the Messi of Russia 2018.

The sequence happens in a matter of seconds, with the theme “Live is Life” from the band Opus in the background.

Last, the Leo Messi of Qatar 2022, who continues to dream of lifting the World Cup, enters to join the training with his previous versions.

The ad, which went viral on social networks, precedes the “The Family Reunion” campaign that features international soccer stars including Karim Benzema, Achraf Hakimi, Son Heung-Min, Jude Bellingham, Pedro “Pedri” Gonzalez Lopez and Serge Gnabry in a sort of unmissable date on the road to Qatar.

“There is a rare moment at the beginning of the World Cup when it really seems that the impossible is nothing. A moment when players and fans come together united by the conviction that they will bring the trophy home,” Florian Alt, vp of global communications at Adidas, said in a statement on the advertising strategy.

“We will see new players burst onto the scene, a modest overcoming of the odds, incredible goals and widespread celebrations across the globe. It is precisely this spirit that our campaign hopes to inspire in fans around the world,” Alt said.

Over the years, Messi has become a sort of King Midas for Adidas. Since the brand signed a lifetime contract with the Argentine star in February 2017, the German sportswear giant has released several special editions of sneakers alluding to Messi, which are sold worldwide.

Although the figures of Messi’s contract with Adidas were not disclosed in detail, several media outlets reported at the time that it would amount to more than $10 million per year.

When there was talk about Messi’s departure from the Barcelona team, where he wore a Nike jersey, the Spanish sports press reported that Adidas would benefit from his team change, with Adidas preferring that he move to a club sponsored by the brand.

At the time, a poll found that 70% of those surveyed related Messi more to Nike than to Adidas.

Adidas is not the only brand behind the conquest of the recently named “Messiverse.” Pepsi, Lays and Gatorade are also on the list of advertising partners of the Argentine team captain.

There is no doubt that the commercial agreements signed with Messi years ago reap their best fruits in World Cup times when Argentina is one of the favorites to win the title.