Ad buyers are still cool on Marketplace, but Facebook’s recent moves could change that 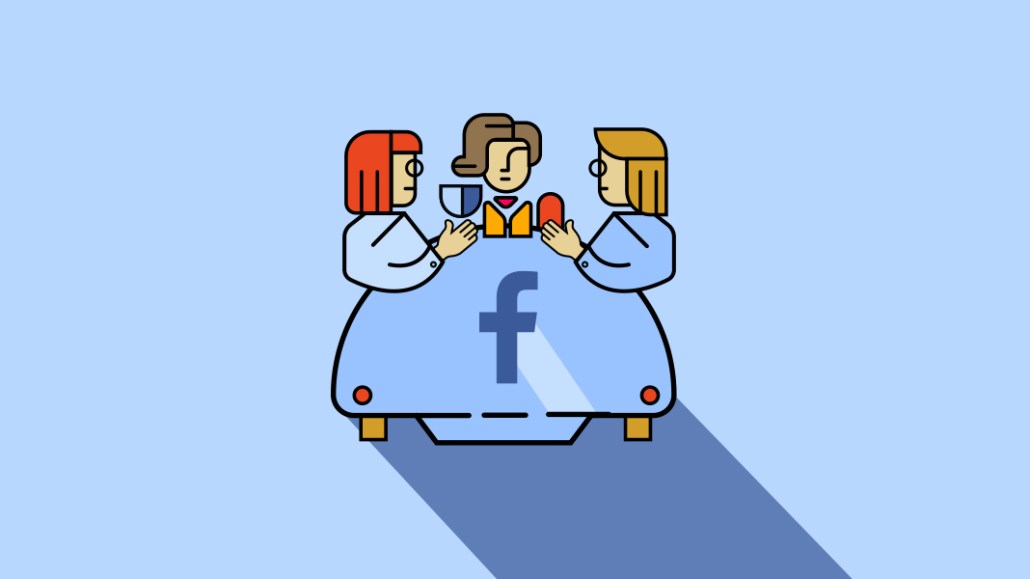 After bringing on more businesses to sell on its Marketplace section in categories like home rentals, auto and home services, Facebook is making a push to widen the pool.

A Facebook spokesperson told Digiday it will soon work with Shopify, allowing the 600,000 merchants on its platform, including companies such as Rebecca Minkoff, Kylie Cosmetics and Nestle, to sell their products on Marketplace. Shopify will be the latest e-commerce provider that Facebook has tied up with recently to get more retailers onto Marketplace. Facebook has also began taking applications from retailers that want to sell on Marketplace, according to a Facebook spokesperson.

Facebook introduced ads to Marketplace in June. Ad buyers said they’ve been cool on the offering and that they see Facebook’s latest moves aimed at drumming up interest from them.

“Right now, Marketplace seems more like a Craigslist than an Amazon or e-commerce platform,” said Mark Sytsma, associate director of paid social at Huge, which hasn’t run any ads on Marketplace.

Another buyer said his agency has not run any ads in Marketplace because it is not yet at the scale of Amazon. Getting more inventory from big-name brands could improve Marketplace’s perception, growing its audience and in turn improving the ad inventory and targeting ability for media buyers.

A Facebook spokesperson told Digiday it is interested in adding retailers of all sizes and will not take any percentage of revenue made on Marketplace, which means the platform is banking on advertising to monetize the platform.

Within weeks of Facebook introducing ads in Marketplace in June, Facebook partnered with SaaS e-commerce provider BigCommerce to let its merchants, which include Ben & Jerry’s, Sony and Toyota, sell on Marketplace. Jimmy Duvall, BigCommerce’s chief product officer said that initial merchant interest has been “overwhelmingly positive.”

Also in June, Facebook introduced a web page promoting upcoming integrations with e-commerce providers ChannelAdvisor and ShipStation, and began taking applications from retailers to sell on Marketplace through its Help Page. Retailers say they are starting to see prompts to the application within their Facebook business profiles. One retailer said the application popped up when he was in Ads Manager.

The application tells retailers that to sell on Marketplace, they must have a Facebook Shop in place on their Facebook Business page since all Marketplace listings are linked to a shop. A brand or reseller must also sell new goods, accept returns within 30 days and ship orders within three days that are received by customers within seven days.

The form also asks retailers which e-commerce platform provider they work with and lists other providers Facebook is working with around Marketplace, including IBM, Oracle Commerce Cloud and WooCommerce, which all manage e-commerce components like inventory, shipping and marketing for retailers. At the end of the application, Facebook states that since the program is in its early stages, it cannot provide an explanation on how long it will take to review applications.

A Facebook spokesperson said the primary way retailers are partnering with Marketplace is through e-commerce providers and not the application form.

Facebook has had a plan in place to bring on more product from businesses, not just Facebook users, since August 2017. Since then, it has opened up the platform to auto dealers such as Cars.com and Edmunds, home rental companies through partnerships with Apartment List, Zumper and Rental Beast and home services with companies Handy, HomeAdvisor and Porch. Facebook has also been picking certain retailers to see what kind of things people are most interested in buying on Marketplace, Facebook said. At its F8 Conference in May, Facebook said Marketplace is used in 70 counties and used by 800 million people every month, with one in three people in the U.S. using it monthly.