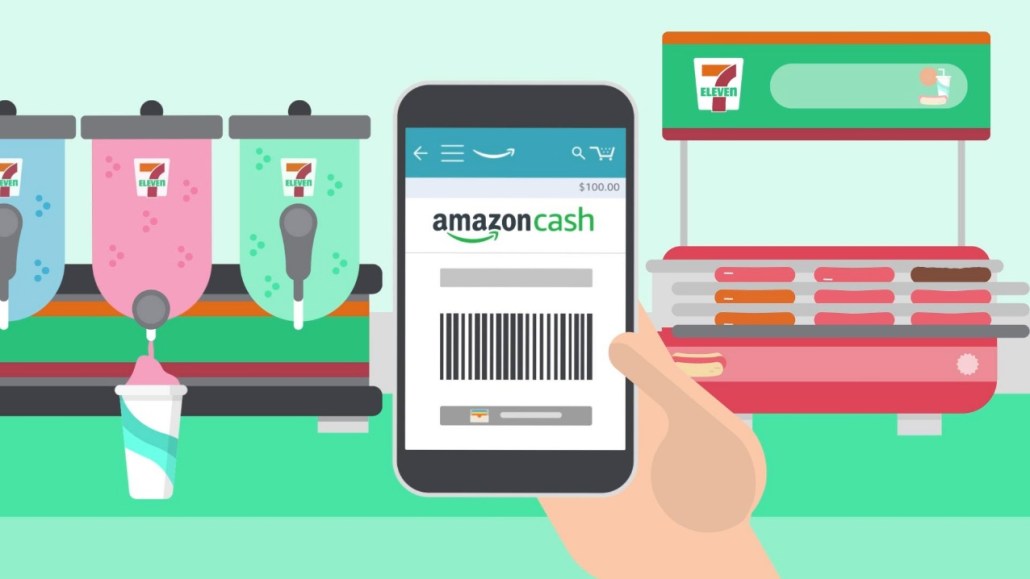 About a year ago, 7-Eleven brought on Gurmeet Singh as its first chief digital officer to figure out the best ways for the retailer to get more digitally savvy.

Since then, 7-Eleven has integrated its rewards program in its app, launched a chatbot for Messenger and expanded its partnership with Postmates. It is also testing augmented reality, virtual reality, artificial intelligence and even drone delivery. One key tenet: Treat Amazon as friend, not foe.

“Our strategy was about following our customers to where they are,” he said. “Now, we’re looking at how do we even think ahead of our customers and delight them using digital.”

Early this month, 7-Eleven made Amazon Cash available at almost 8,000 of its stores. Amazon first launched the service this April to reach the unbanked consumer and those that would rather not use credit cards or reveal their bank accounts to Amazon. Amazon Cash, which is also available at retailers like CVS, Speedway and GameStop, ultimately gets people into brick-and-motors to add cash to their Amazon.com account.

“We want to give customers a choice,” Singh said. “We don’t want them to feel forced to take a certain route.”

It isn’t the only way 7-Eleven is working to make it easier to purchase from the e-commerce giant. 7-Eleven also sells Amazon gift cards at all its locations, and people can load up to $500 on them. At the top of the 7eleven.com homepage is a banner advertising 7-Eleven’s Amazon store. The Amazon store is acting as a testing ground rather than a one-stop shop of everything one can find at its convenience stores, said Singh. It only offers 18 items, all of which are from 7-Eleven’s private 7-Select label.

7-Eleven wants customers to be able to purchase 7-Eleven goods from the comfort of their own homes. It is working on developing Amazon Alexa skills that would integrate directly with its Amazon store. A person at home looking for a late-night snack could ask Alexa to order some chips from 7-Eleven rather than change out of their pajamas.

The convenience-store franchisee first began its relationship with Amazon five years ago when it installed the bright yellow Amazon Lockers at stores in Seattle and Manhattan. Since then, 7-Eleven has expanded the service to 300 cities across the U.S. The lockers are another way to attract people to 7-Eleven stores since they are able to pick up their packages at any 7-Eleven store with a locker.