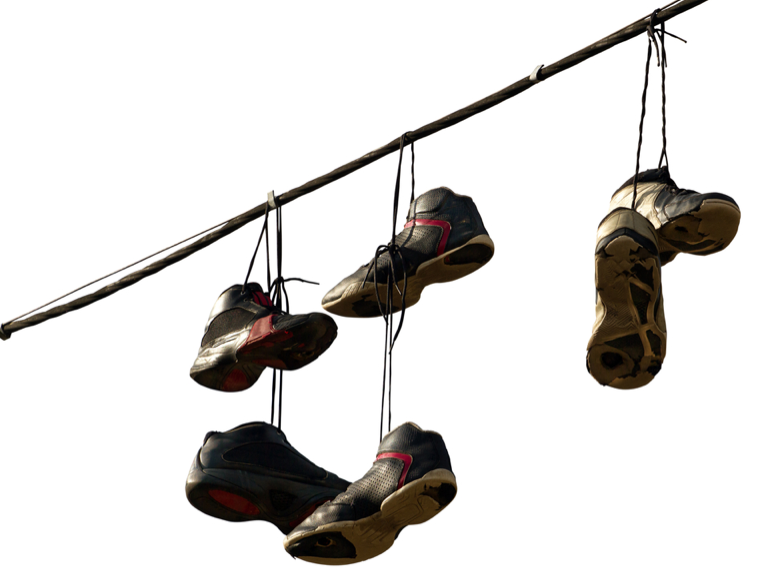 Brands are learning Tumblr. It was a rocky match at first, but they’re getting better, as we saw with the top auto brands on Tumblr. By creating compelling content — whether in the form of GIFs, images, text or video — brands can use the platform as one giant branding tool.

As part of Digiday’s ongoing look at brands on Tumblr, this week, we turn to the sneaker brands who are building footprints in the social universe. These are obvious matches for Tumblr, as they’re true passion brands that have loyal followings and tons of great imagery at their disposal. 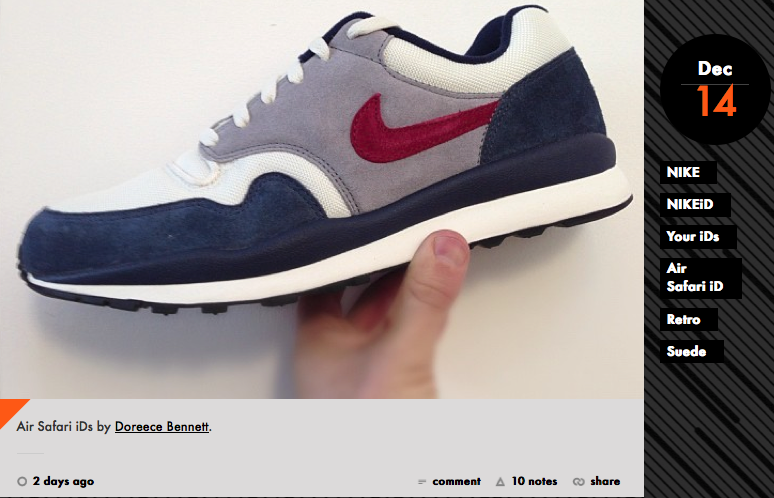 Nike has sprinted out of the Tumblr gate by using the platform as a way to highlight its myriad products, but also to tap into the Tumblr-zeitgeist of chic and cool. Nike has created several different branded Tumblrs to deliver its brand messages.

The NikeID Tumblr is the “one-stop resource for exclusive news, previews, inspiration and the best customer-created designs.” Readers can submit their own NikeIDs, which is a smart way for the brand to attract and retain loyal customers, particularly sneaker buffs who love to see what everyone else is doing.

Nike Pluses Tumblr is a smorgasbord of Nike material, with tags like Nike+ Basketball, Nike+ Running, Nike+ Fuel, Nike+ Training. Here, readers get personal stories, like this post highlighting the bloggers behind Girls Love 2 Run, who “together with Nike Running Netherlands, the two help to train and inspire women in Amsterdam’s running community.”

WooshWoosh is a Nike “inspiration” blog, where posts showcasing Nike products are interspersed between posts meant to cause a reader to go, “Wow, that’s cool.” A typical “that’s cool” post is this GIF of a kid, dunking a basketball, one handed, while on a phone. 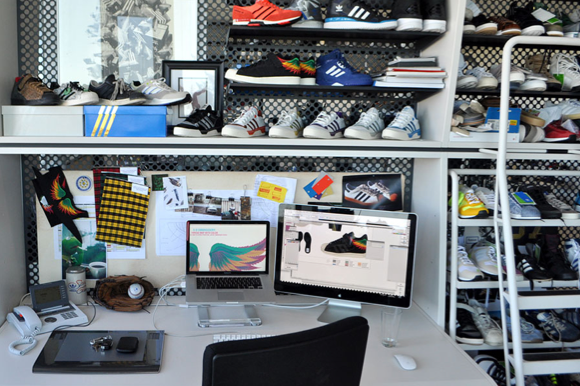 Adidas has been using Tumblr for great effect, both on the owned and paid media side. Yes, Adidas was one of the first brands to get in on the Tumblr native advertising units, Radar and Spotlight. But it’s also a prolific Tumblr, generating (and reblogging) many posts per day. “From haute street styles to trefoil baked cakes and funky fresh nail art, we’re hooking you up with exclusive posts while we hunt for originality all over the web,” says its Tumblr bio. Most of the posts are brand-specific and presented in a fun way, like this one of the classic Top Ten Hi sneaker, which has black and white sneakers in front of a zebra-striped background. Adidas also has a football (soccer) blog. 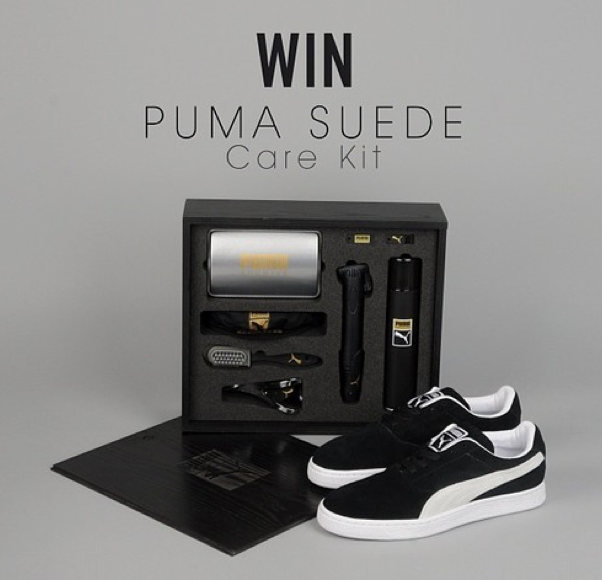 Puma’s marketing strategy, as of late, has been to create killer content and great experiences. The company’s main Tumblr is a digital palate of interesting. Sure, there are images of Puma gear or posts about Puma-specific contests. But there are also reblogs of cultural items related to the footwear company: music; fashion; sport. 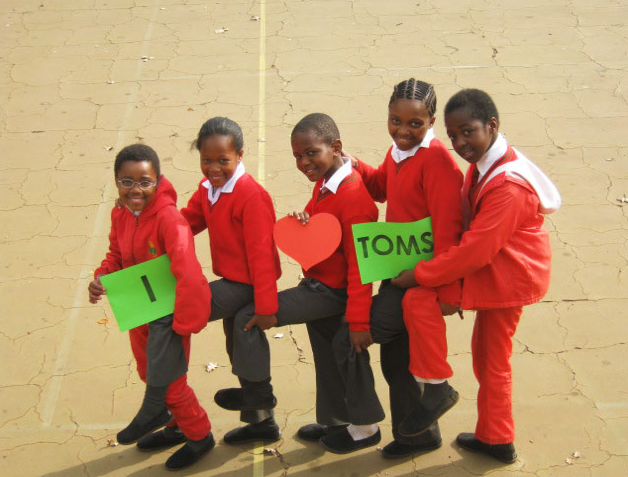 Taking social activism to social media can be a tricky affair. Toms’ Tumblr pulls it off by delivering its socially-driven message (for every pair of shoes sold, Toms donates a pair to a child in need) in compelling, visually appealing ways. It also uses the blog to promote special events, like its 12 Days of Giving, which promotes limited edition, sold-online-only products and highlights both beneficiaries of the free gear, and those who purchased. 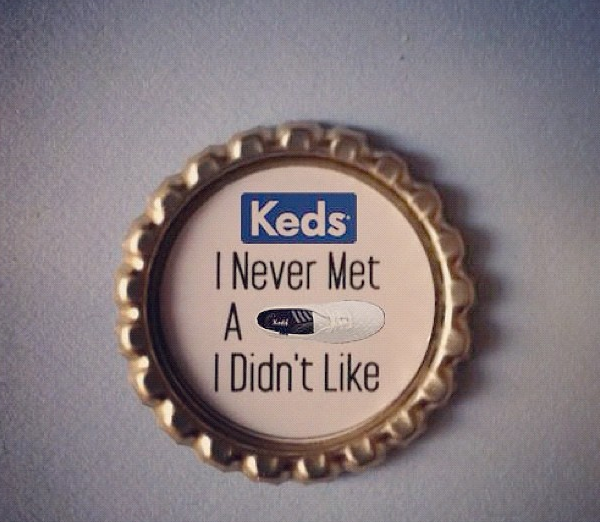 Keds may not be the epitome of cool, but it’s trying to rebrand its almost 100-year-old brand by experimenting on Tumblr. Oh, having Taylor Swift on board with specially-created, limited-edition red shoes (to go along with the pop starlet’s new album, Red) doesn’t hurt. Scrolling through the Tumblr, you’ll see a lot of Swift, which makes sense for the platform is home to millions of Swift’s acolytes. But you’ll also see a brand trying to speak with its core constituents: teenage girls. Images of clothes and inspirational aphorisms are mixed in with Keds-specific content.