5 Gen-Z influencers you need to know 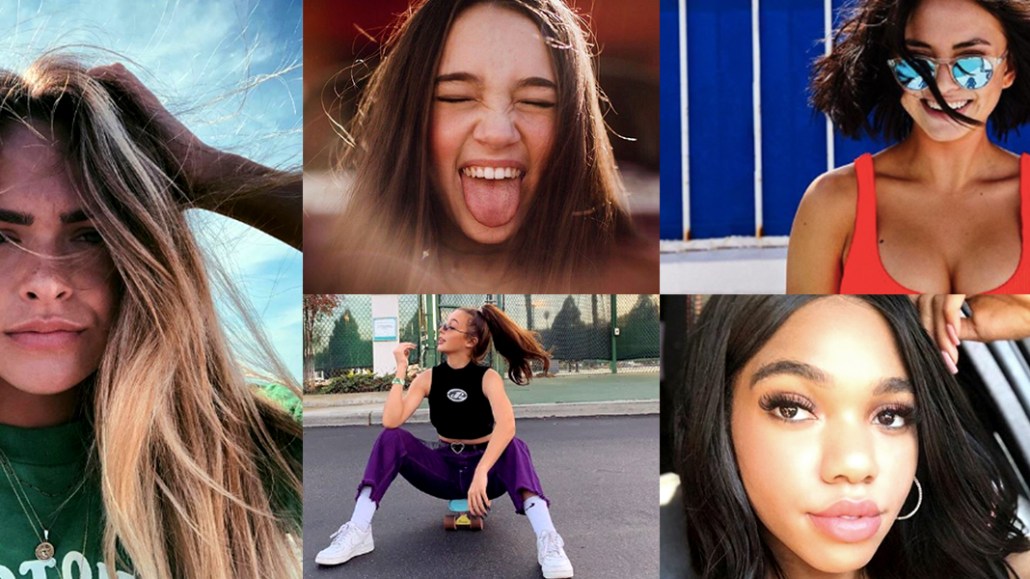 The Jenners and Hadids aren’t the only Gen-Zers impacting fashion and beauty. The power of pint-sized influencers continues to rise, as the line between social media and e-commerce blurs. Though unknown by almost everyone over 24 years old, these YouTube and Instagram stars have already garnered attention from brands, making up to $6,000 a day in sponsorships. Here’s who you need to know.

Haley Pham
Age: 18
YouTube followers: 2 million
Years on YouTube: 6
Located in: Austin, TX
Choice formats: Before-and-after transformations, vlogs and hauls. “I also throw in the occasional dance video or ‘trying something new for a day’ experiment format.”
On the evolution of influencer world: “It’s become a more genuine space. It used to be about making your life seem as perfect as possible. Now there’s an emphasis on being relatable.”

Fiona Frills
Age: 15
YouTube followers: 855,000
Located in: California
Audience: “Little fashionistas”
Uses of “awesome” in one 15-minute call: 11
Own product line: Frilliance, made up of makeup and makeup tools for “teen-prone” skin
Key to success: “You have to stay focused, and if you’re not having fun with what you’re doing, you have to adjust. I love shopping and makeup. Those things make me happy, so that’s the path I’m following.”

Summer Mckeen
Age: 20
Followers across YouTube and Instagram: 4.5 million
Located in: Laguna Beach, CA (originally from Oregon)
Budding reality star: Starred in a Snapchat docu-series in late 2018 called “Endless Summer,” which was produced by “Keeping Up With the Kardashians” producer Bunim-Murray Productions and recently renewed for a second season
Influencer backlash: Does not want to be described as an influencer, preferring “creator,” according to her press rep.
Product line: Jewelry engraved with words like “worth,” created with #LuvGems, a company backing fashion lines by YouTube Stars
Brand sponsors: Billabong, Victoria’s Secret, Tresemme, Sephora