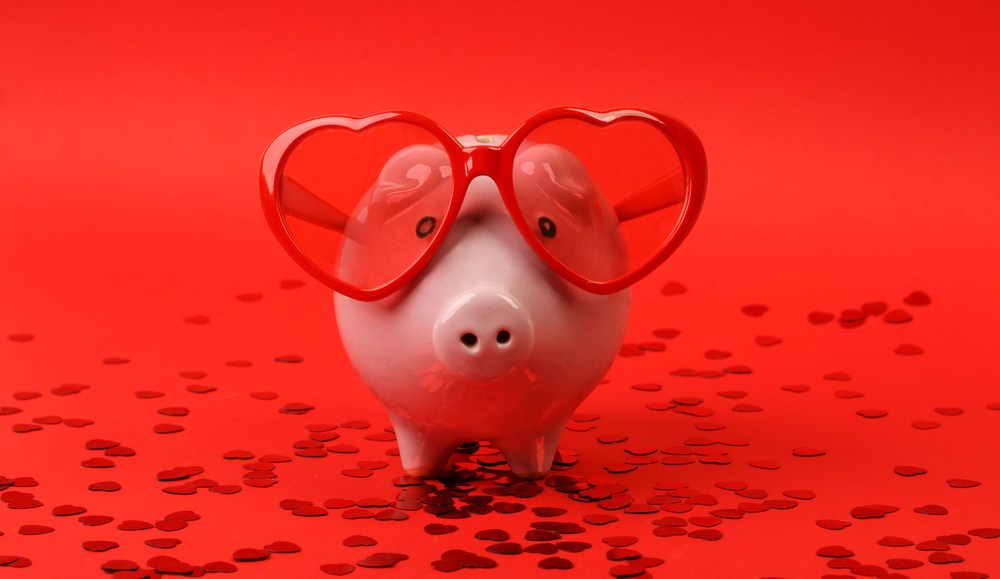 With retail spending expected to reach a record $18.9 billion this year, according to the National Retail Federation, there are plenty of reasons for brands to take this weekend’s holiday seriously — however manufactured it may be. Here, then, are five charts that break down the economic realities of Valentine’s Day.

For starters, it turns out the young at heart are more interested in matters of the heart. Millennials aged 18-24 are most likely to mark the occasion (with an overpriced bouquet or a dinner out, perhaps), while less than half of those above 65 report caring about the holiday. Bah, humbug.

Valentine’s Day is still a mostly brick-and-mortar holiday, according to data crunched by media agency Horizon Media. A whopping 91 percent of people who buy Valentine’s Day gifts buy them in-store. Only 22 percent buy them online. And what they’re buying is hardly all that original: The NRF forecasts that 53 percent of people will go with candy, while 21 percent are going for jewelry.

As to be expected, most people still tend to spend most of their money on their human significant others or spouses. The NRF forecasts that 91 percent of shoppers plan to treat their partners to something special. Still, a record 21 percent plan to spend money on their pets.

But non-celebrants don’t have to miss out on all the fun. There are two related non-Valentine’s Day holidays that also fall on Feb. 14, according to Hubspot: Anti-Valentine’s Day and Single Awareness Day. Most people who don’t commemorate Valentine’s Day report that they will most likely do nothing, though some do plan to treat themselves to something “special.”

Even if some folks aren’t planning on spending much this weekend, plenty of lovebirds are already working on getting into the mood. New data from Spotify shows that its 60 million users will be streaming the 700,000 “Valentine’s”-related playlists, or the 2.5 million “Sex”-related playlists on the platform. Spotify has also launched the “Sweet Spot” playlist generator that determines how musically close — or far — you and your partner are. “Love” playlists are shared 742 percent more on Feb. 14 than on Feb. 1, Spotify said.