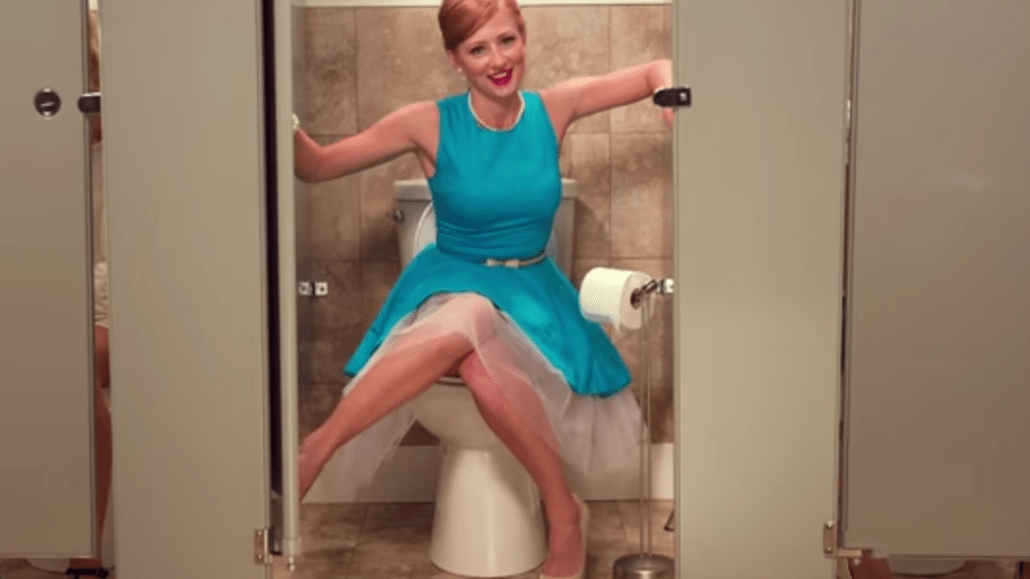 We all have to endure certain bodily functions. That doesn’t mean we can’t laugh about them. Here are five scatologically excellent examples of brands getting a little potty-mouthed:

“First Moon Party” from HelloFlo
No blue liquid here. This hilarious new spot by Jamie McClelland and Pete Marquis is about a precocious girl who’s the last of her friends to get her period, so she fakes it with red glitter nail polish. Her mom catches on right away and throws her a “First Moon Party,” complete with a uterus pinata and “vagician.” (Because, while the guest of honor may not appreciate it, getting your period should be cause for celebration.) The spot, a sequel to The Camp Gyno (7.3 million YouTube views), which has been called the “best tampon ad in the world,” ends with mom giving her daughter her very first period starter kit from HelloFlo.

Charmin’s Twitter feed
No one makes going to the bathroom funnier than Charmin. The P&G brand’s pun-heavy Twitter feed uses cuddly bear pictures and the hashtag #tweetfromtheseat to make light of bowel-movement moments, playing on the news and pop culture moments.

Does Friday the 13th make you scared sheetless? #Fridaythe13th pic.twitter.com/Tcwef3hgMO

Cottonelle
Not to be outdone, rival toilet-paper brand got on the social media bandwagon with a Twitter chat, #LetsTalkBums. Brands seem to think a British accent will make uncomfortable subjects more palatable, so Cottonelle enlisted a pretty woman who has been the face of BBC to talk about the ins and outs of wiping.

Poo-Pourri
Embarrassing bathroom smells are front and center this video ad that’s gone viral for the bathroom spray. “Girls Don’t Poop,” which has been viewed more than 27 million times, is funny for its very prim and proper woman with (again) a British accent delivering shockingly frank lines about going No. 2 while sitting on the throne.

Kmart’s “Ship My Pants”
The entire campaign is meant to promote its delivery service but is all based on the fact that “ship” sounds like a certain four-letter word. The humor is lowbrow, to be sure, but lets the retailer look just innocent enough to get away with it and make it a social media win.