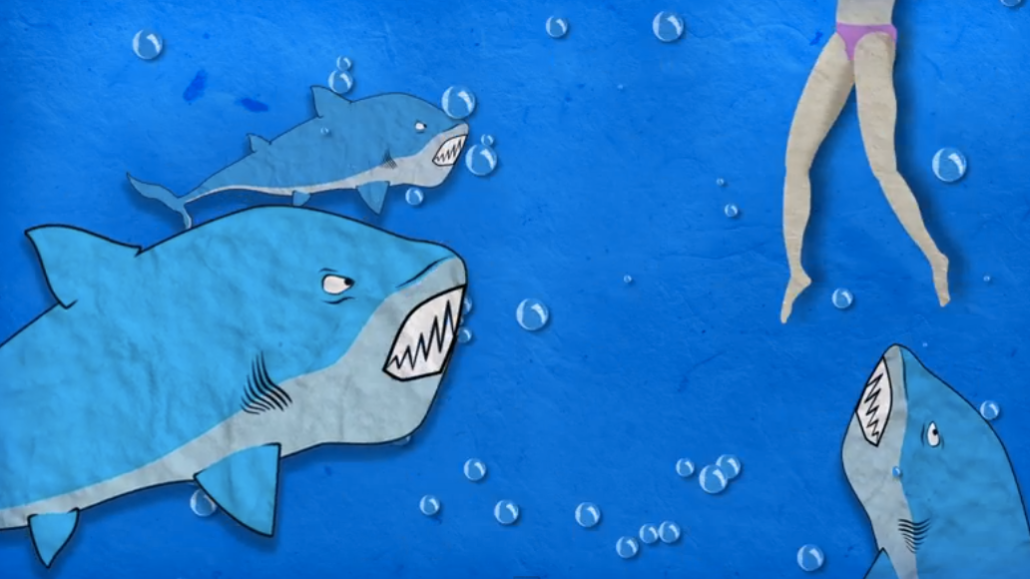 Here are five examples of tampon ads that don’t beat around the bush:

“Camp Gyno” from HelloFlo
The most recent and most spectacular tampon ad. This digital spot for tampon subscription service HelloFlo features a young girl who appoints herself the “camp gyno” after getting her first period while at sleep-away camp. The spunky girl is by no means grossed out or scared by her period – or, for that matter, words like “menstruation,” “vagina” and “vag” (pronounced “vadge” for those unfamiliar with the territory). The video has already gotten over 2 million views on YouTube.

“Generation Know” from U by Kotex
Last December, U by Kotex created the “Generation Know” campaign to help women feel more comfortable talking openly about their periods and to dispel menstrual myths – like tampons can get lost inside of your vagina, or that you shouldn’t go camping on your period. Like the “Camp Gyno” spot, videos in this campaign don’t shy away from using actual period-related words like “vagina” and “period blood.” No topic is off limits or taboo.

“Bodyform Responds: The Truth” from Bodyform
A male Facebook user felt like he’d been duped by Bodyform’s advertising featuring all of the key euphemistic signs of “that time of the month,” like the blue liquid, women dancing around in white pants looking totally happy, etc. So he posted a cheeky message on the brand’s Facebook page about being deceived, and in a brilliant move, Bodyform made this funny video in response.

Movie 43 spoof Rusian Tampax ad
While this isn’t an actual Russian Tampax ad – it’s a spoof that was made as part of a promotion for a Russian movie – it’s still pretty incredible. While U by Kotex’s ad aims to dispel period myths, this one embraces the old shark-and-period-blood urban legend to great comedic effect.

“Reality Check” from U by Kotex
Another good one from Kotex, this ad just calls out all the ridiculous euphemistic period cliches that advertisers have traditionally relied on for “feminine hygiene” ads.