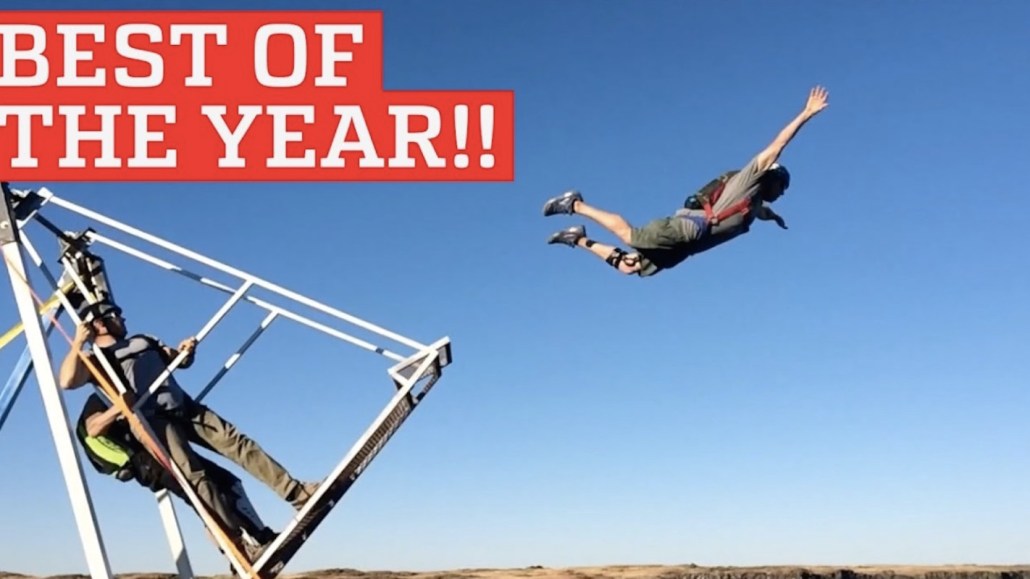 People Are Awesome specializes in compilation videos celebrating feats of human physicality that are stitched together from submissions or clips it has licensed from scouring social media. Its most popular video to date is a mashup of the year’s greatest clips and has garnered about 400 million views, 3.5 million reactions and 6.4 million shares.

Viral sameness fills the social video space, and the challenge for Jukin Media is turning its collection of social channels into meaningful brands. The company acquired U.K.-based People Are Awesome in 2015 when the Facebook page had a few hundred thousand followers, a figure that has grown to over 17 million. The content acts as a foil to Jukin Media’s centerpiece brand, FailArmy, which aggregates video clips of people’s most epic fails.

“The appeal [of People Are Awesome] for audiences is you’re seeing a Cirque du Soleil performer without the expensive set and lighting, but you might see that performer practicing in their backyard,” said Brad Winters, director of Jukin Media, which also includes social video property The Pet Collective. “It adds to the authenticity.”

People Are Awesome said its point of difference is this authenticity. Plus, its videos are entertaining and often go viral. “We do all three of these things consistently,” said Winters. “With all the bad news at the moment, advertisers are looking for a break from the cynicism. It’s a positive message.”

People Are Awesome’s scale is an advantage for potential advertisers. The brand had 540 million videos views across platforms in July, according to Tubular Labs. It creates up to 10 videos a week, none of which exceeds five minutes, seemingly a conservative number of videos for a company predicated on licensing others’ content for viral success.

People Are Awesome knows it must maintain a cozy relationship with its creators, who get credited and a cut of the revenue if their video is licensed to a third-party platform. A company spokesperson said Jukin Media has paid out more than $15 million (£12 million) to creators over time.

People Are Awesome earns revenue from ads on the platforms its videos are distributed on, like YouTube and Facebook. It also sells content to agencies, media companies or brands. Google and Verizon use its content in ad campaigns. Winters is tasked with building Jukin Media’s revenue beyond that, perhaps through events or merchandise. Since March, Jukin Media’s new head of sales brought the sales team in-house and started taking its offering out to agencies. In this time it has grown its creative solutions team to meet the demand for branded content and has since run campaigns with Mentos and 20th Century Fox.

While U.K. media agencies seem to be aware of Jukin Media, few have directly worked with it. One agency, speaking anonymously, felt that competitors in the crowded viral video space produced a similar — but much broader — content slate, which can appeal more to advertisers looking for broader reach. But Winters notes that many types of awesome exist, so People Are Awesome could expand into more creative verticals. Despite nervousness from brands appearing near content deemed unsafe, Jukin Media said the marketplace is more comfortable with user-generated content than a few years ago.

People Are Awesome knows it can’t survive on flyby social audiences and viral hits. It’s in the process of distinguishing who in its audience are loyal fans and then figuring out how to speak to those people within a platform environment. “There’s no sense building out an opportunity for that if we can’t communicate with them regularly,” said Winters.