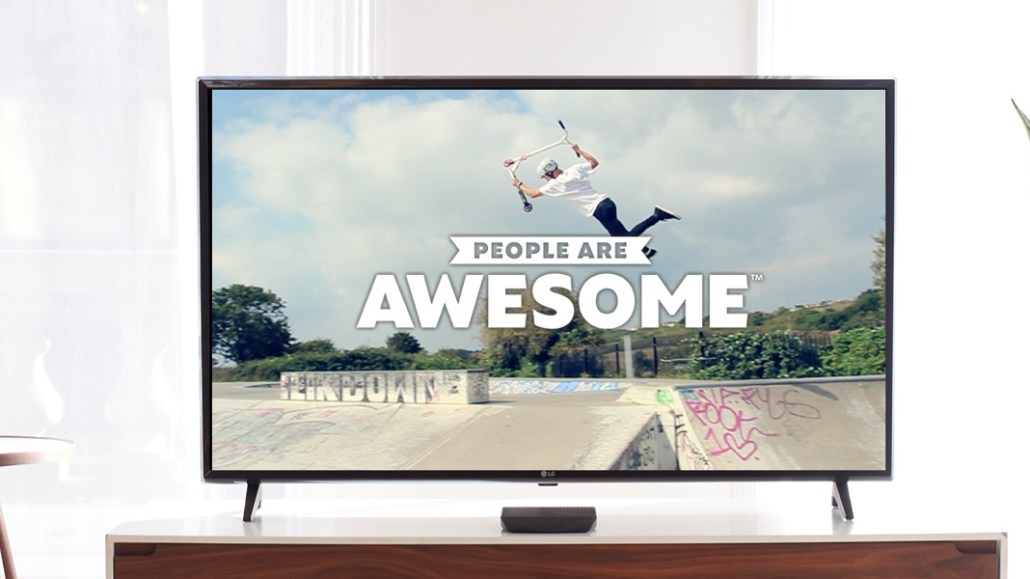 As Jukin Media adds to its portfolio of 24/7 streaming channels, the entertainment company is reorienting its programming strategy around those linear channels to continue to expand its business beyond social platforms like Facebook.

Previously, Jukin Media had stitched together the short user-generated clips it licenses and posts to social platforms into the 30- and 60-minute programming blocks for its two existing linear channels for comedy brand FailArmy and animal brand The Pet Collective. Now the company is beginning to reverse that repackaging with the debut of People Are Awesome’s linear channel, which will be distributed on free, ad-supported streamers including Roku’s Roku Channel, Comcast’s Xumo, Samsung TV Plus and Redbox Free Live TV.

Jukin Media plans to premiere an original show for People Are Awesome’s channel that will be the first original show the company has produced to air first on one of its linear channels. Titled “PAA Presents,” the show will feature host and pro skateboarder Isaiah Hilt commenting over selections of the clips that People Are Awesome posts to platforms including Facebook, YouTube and Instagram.

Jukin’s push to linear-first programming aligns with a push among the streaming services carrying linear channels for programmers to provide their channels with exclusive and original programming. Major companies — including Roku, ViacomCBS, most recently Comcast and soon-to-be Amazon — each operate these services that feature many of the same channels, which can make it hard for them to convince viewers why they should tune into one service over another.

The strategy of taking linear shows and cutting them up to post to social platforms is something of an old strategy made new for the modern era of streaming TV. When TV networks initially adopted platforms like YouTube and Facebook, they posted clips from their linear shows as a promotional strategy. That can be a risky strategy since audiences may be less willing to shift their attentions from one platform to another.

However, the risk has been reduced as Facebook in particular has enabled companies to generate ad revenue from the videos they post to its platform. One TV network generated seven figures in revenue last year by posting clips from an old TV show on Facebook, according to an executive at that network. Since Jukin Media is able to make money by running ads on its social videos as well as its linear channels, the company is able to hedge its bets.

“As long as they are making sure that they’re creating programming in a way that it could be used in lots of other places, [the linear-first programming strategy] could be very effective,” said Paul Greenberg, CEO of digital video strategy and analytics firm Butter Works.