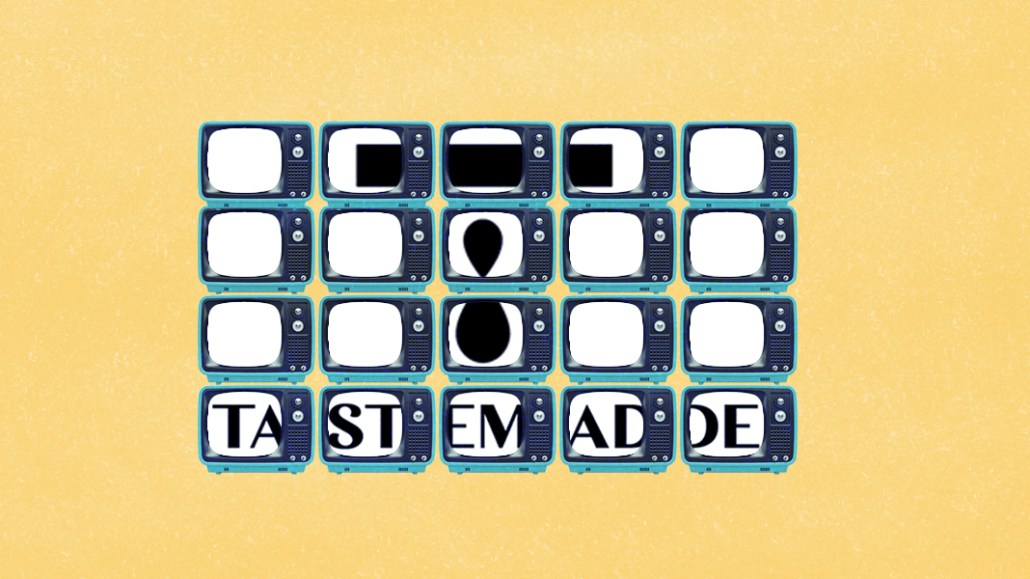 Tastemade UK is prioritizing linear TV for distributing its shows by expanding its partnership with ad-supported streaming platform, Samsung TV Plus.

Globally, Tastemade said it reaches 120 million monthly TV viewers via its 24-hour channel — launched 16 months ago — on platforms like Samsung TV Plus, YouTube TV and Roku. Samsung is the biggest in terms of viewers, watch time and revenue, according to the publisher. Samsung TV Plus is also appealing because audiences don’t need to pay for content and the service comes pre-installed on newer TVs. Agency sources estimate Samsung has over 4 million smart TVs in the U.K.

“We have the reach and scale for this to be very meaningful,” said Mohammed Ali Salha, Tastemade’s managing director for Europe. “View time is the metric we’ll be looking at the most, people are watching for an hour or two hours, it’s not for seconds like on platform news feeds. Previously, we haven’t had a true place for this content to sit and for the audience to keep coming back.”

Fewer than half of the shows will be created by teams in the London headquarters, with the rest coming from Tastemade’s global teams. U.K. franchises include “West is Best,” a series looking at hidden gems from London’s most-coveted neighborhoods, “Struggle Meals” featuring recipes that don’t break the bank, and “Broken Bread” which explores social-justice issues facing the broken food system.

Tastemade UK has built its video views off of Facebook but is looking at over-the-top platforms to diversify away. According to Tubular Labs, the publisher had 73 million video views on Facebook in September and 20 million views on Instagram. There has been a significant increase in the length of shows to over five minutes in the last 12 months, per Tubular. The publisher also made a 90-minute documentary about making pasta.

Some publishers are expanding content on ad-supported platforms as a way to drive incremental revenue from profitable video businesses by stitching content together to make longer-form series. Tastemade is trying to create longer-form content — around the 20-minute mark — rather than stitching together shorter-form shows that were created for social platforms.

Platforms like Samsung offer a number of revenue opportunities for Tastemade, including a mix of programmatically sold ad inventory, which Samsung will take a revenue share of, plus branded sponsored content and branded series, where brands badge an editorial show.

Tastemade UK has doubled revenue year-on-year. Around 75% of its revenue comes from branded content for clients like Tesco, Heinz and Unilever — with the rest coming from platform revenue-share deals.  Salha expects this to shift to 60% weighted towards branded content over the next year.

There are around 4.8 million Samsung Smart TVs in the UK, making up half the smart TV market, said Mihir Haria-Shah, head of broadcast at media agency Total Media, and while Samsung hasn’t released U.K. viewers for Plus, the audience size is likely limited. The TV manufacturer estimates 40% of its customers view up to four hours a month, which is way below the national average.

“There is a huge opportunity to reach light TV viewers and [it] could work well as a complementary strand on a linear TV plan for one of our clients,” he said. Advertisers can target audiences based on viewing behavior, provided they have opted-in. Part of the appeal of TV manufacturers like Samsung owning the services is that it has insight into the audience’s linear TV habits through automatic content recognition.

“From an advertiser’s perspective, the different types of ad formats are exciting,” said Haria-Shah. “Pre-rolls and mid-rolls are great, but opportunities such as having display statics when users may pause the content they’re watching, as Hulu does, gives consumers a different kind of experience.”

Agencies say that in a landscape where a few digital publishers have made the lead into linear TV, like Vice and Jukin Media, Tastemade has some legitimacy. The digital publisher’s financial backers include Comcast Ventures, Scripps Networks Interactive, Goldman Sachs and Amazon.

Ultimately, the audience for ad-supported connected TV screens is still small, as such, so is advertiser investment, but by 2023 global over-the-top revenues will have more than doubled, driven by ad-supported VOD. The growth depends on the quality of the content on services compared to others like Netflix.