Pitch deck: An inside peek at how Hulu is selling its pause ads

Hulu is getting advertisers to press play on its pause ad format.

In January 2019, Hulu introduced pause ads, and agency executives were initially put off by the new format: A banner-like static ad is displayed when people pause a show. But agency executives have since warmed to the ad product, which is designed to be less annoying to viewers. “They are compelling,” said one agency executive about the pause ads. Apparently the format is so compelling that, as of early December, Hulu sold out its the inventory of its pause ads offered through at least March of this year, according to a second agency executive.

The fact that Hulu sold out its pause ad inventory several months in advance appears to signal advertisers’ interest as well limited availability.

Hulu allows only four advertisers a month to run pause ad campaigns, according to a pitch deck (dated August 2019) for the new ad format that Digiday obtained. Initially Hulu had limited to two the number of such advertisers in a given month. A Hulu spokesperson did not respond to a request for comment by press time.

The pitch deck, shown below, also details how Hulu has restricted the frequency of when pause ads will be served. While the pitch deck states that 80% of Hulu viewers regularly pause programming, the ads will not appear when viewers are watching children’s programming, movies or shows rated for mature audiences. Additionally, an individual viewer can be shown a given advertiser’s pause ad only twice an hour and 25 times a week.

Hulu seems to be limiting the availability and delivery of pause ads in order to preserve their effectiveness. The streaming service is trying to reduce its reliance on standard pre-roll and mid-roll ads that interrupt the viewing experience. In January 2019, Hulu’s head of ad platforms, Jeremy Helfand, said in a January 2019 interview the streaming service is aiming to have “nondisruptive” ad formats account for 50% of its advertising revenue within three years.

Media buyers are in search of alternate advertising formats that won’t disturb audiences’ viewing experience but will be likely to keep people tuning into ad-supported programming. The number of ad-free streaming services, like Netflix and Amazon Prime Video, is growing with last year’s debut of Disney+ and this year’s launch of HBO Max. That may make people less tolerant of interruptive ads when streaming shows. Annoyed viewers’ tuning out of ad-supported programming is a concern for ad buyers that Hulu seems to be trying to alleviate with its pause ad format. Likewise, AT&T’s advertising arm Xandr introduced a pause ad format last month. “We’re looking for different types of nonintrusive ad opportunities,” said the second agency executive.

Although agency executives have warmed to the pause ads, they remain cool to how much Hulu is charging for these units. Hulu is selling them only as part of a bigger package, with the pause ads  representing roughly 25% of a deal’s media mix, according to the pitch deck. Agency executives declined to discuss specific pricing for fear of disclosing their identity and confidential negotiations. But a third agency executive called the cost of the pause ad inventory “ridiculous.” He said, “They were quadruple the normal video CPM,” referring to the cost for an ad’s impression appearing a thousand times. The CPM for a streaming video ad today is typically $20 to $30.

In order to justify the higher price, Hulu’s sales team has emphasized during pitch meetings with ad buyers that its pause ad format is different from that of a normal video ad, according to the third agency executive. That’s true. Unlike Xandr’s version that plays a video when people pause a show, Hulu’s pause ad format doesn’t provide a video but rather an image. The format’s static, silent nature is meant to make it less jarring to viewers. In developing its pause ad format, Hulu had explored using videos instead of images, but “viewers were strongly against it being a video format,” Helfand said in the previous interview.

To show advertisers how their pause ads performed, Hulu offers first- and third-party tracking to measure a campaign’s effectiveness, according to the pitch deck. In September 2019, Hulu said research firm Kantar Millward Brown determined that its pause ads led to a 68% increase in advertising recall by viewers.

Nonetheless, the less annoying but easily ignored ad format has given some ad buyers, er, pause. They are unsure if such an ad would catch the attention of people who halt playing a show to grab a snack or use the bathroom and who might press a button to resume their entertainment viewing without looking at the screen and catching the ad. But other ad buyers were less concerned about the context for the advertising, except for one important caveat. “You need have to have really good creative to do it,” said the first agency executive. 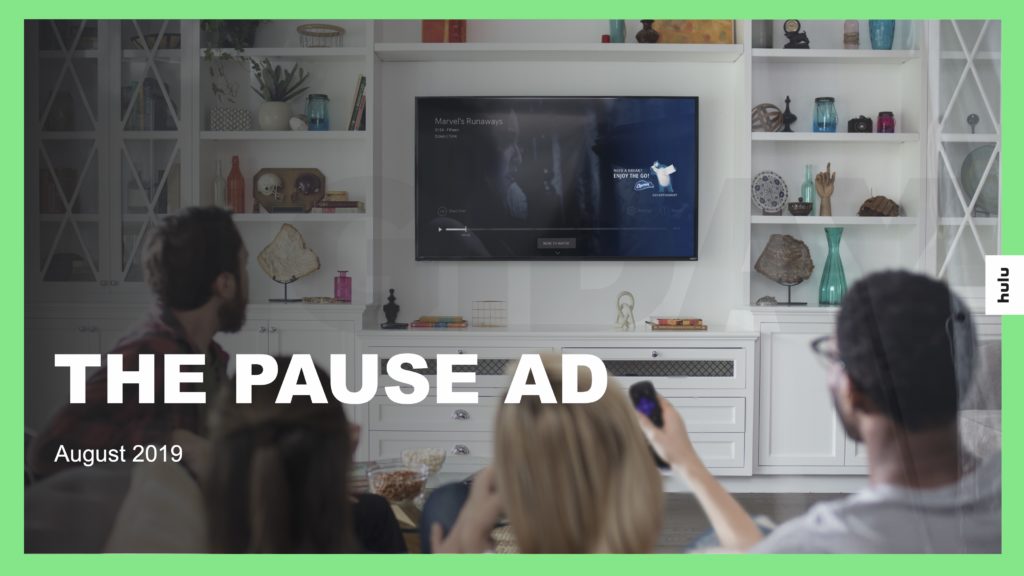 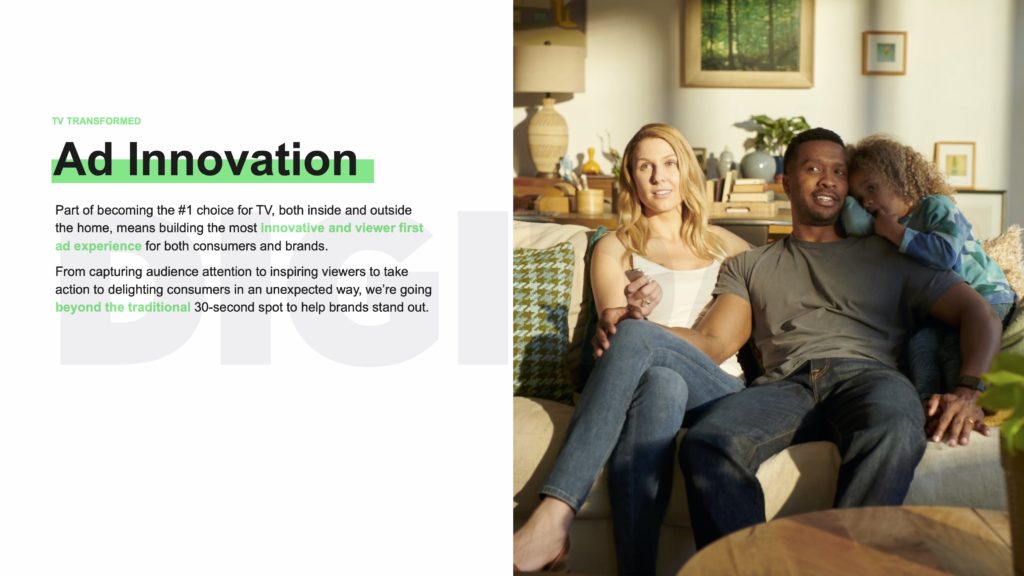 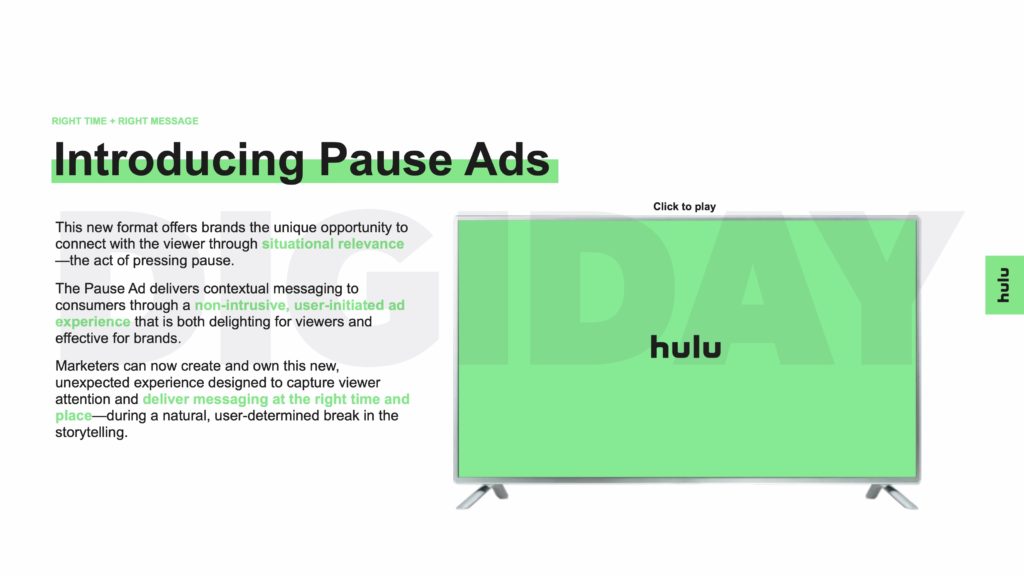 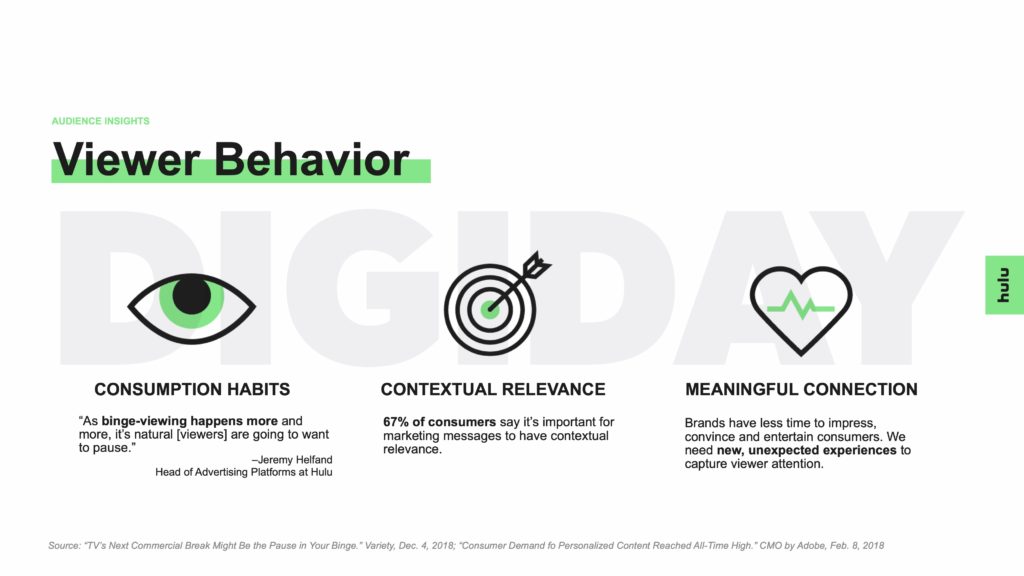 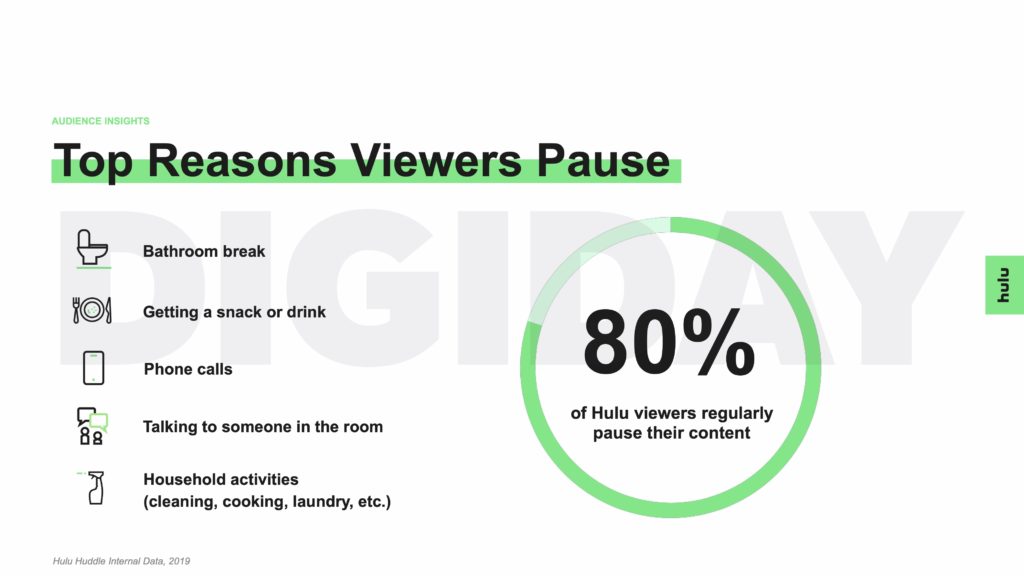 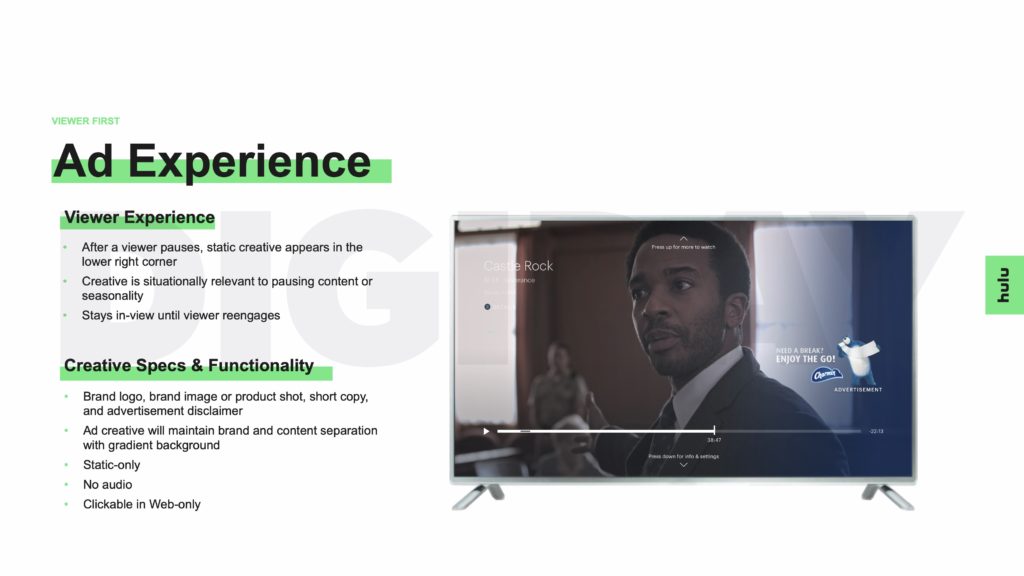 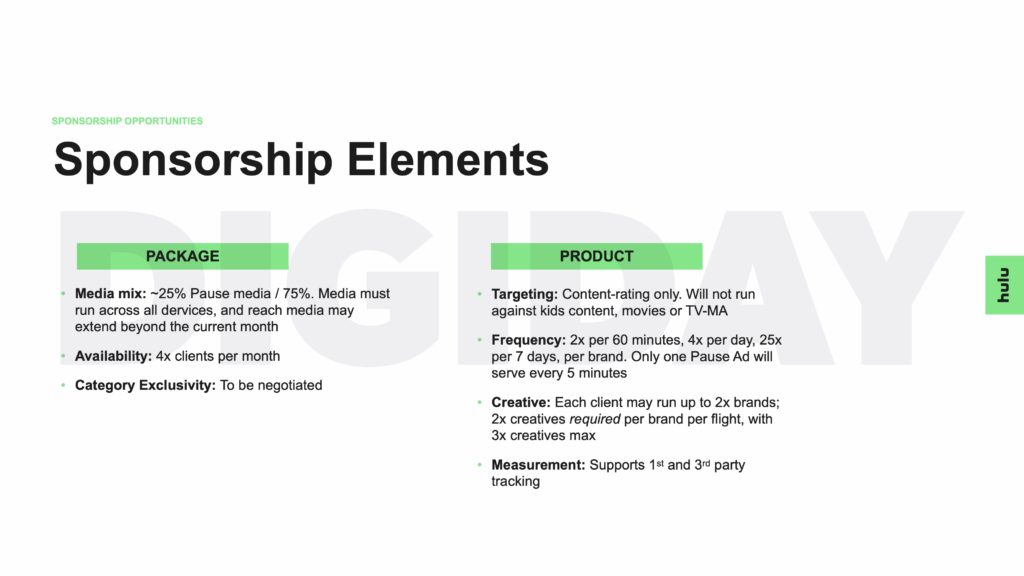 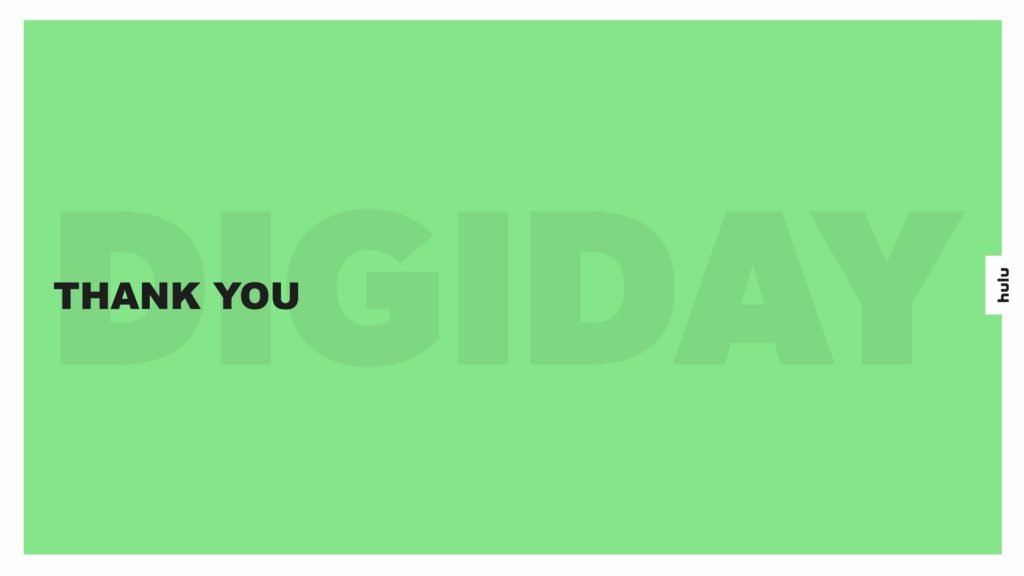