Why marketers are heading to VidCon 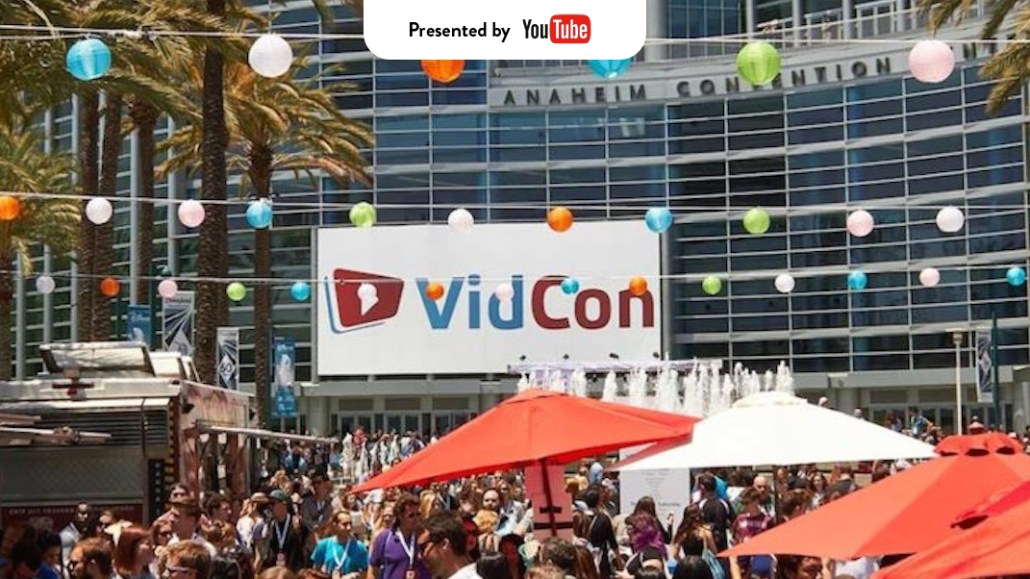 For Jack Appleby, the 40-mile drive from Los Angeles to Anaheim is “convenient.” At least, he said he sees the journey as worth it for what he hopes to get out of this year’s VidCon, the digital video industry’s annual conference launched in 2010.

Appleby, the director of creative strategy at Petrol Advertising, is headed to VidCon this year for the first time. His objective: education around the growing industry of influencer marketing.

“I’m tired of the same old influencer and brand pitches from agencies,” Appleby said. “I’d rather know more about how and why the creators make what they make. It helps me build tighter plans that utilize influencers in more interesting ways.”

Influencer marketing is at a turning point. In the days ahead of VidCon, marketing executives in Cannes, France, have been calling for more transparency from influencers and the platforms that promote them, such as Instagram. For example, Unilever CMO Keith Weed said his company will not work with influencers who buy followers. Meanwhile, in Anaheim, marketers can meet and learn from 30,000 attendees, many of whom are teenage fans of influencers along with up-and-coming and established creators.

VidCon veterans said even eight years in, the four-day conference has remained a valuable place to keep up on the world of YouTube stars and other social influencers. Greg Baroth, founder of Monogram Artists, is returning for the seventh time this year.

“There’s no better place to meet digital talent than VidCon, and every major ad agency is there, brand and PR firm,” Baroth said. “Talent also gets to meet with specific platform reps there, which they may not normally have access to.”

VidCon remains a gathering of the advertisers, the platforms and the creators, quite unlike CES, Mobile World Congress and South by Southwest, which tend to leave out the actual creators as well as their fans. And while the upfronts and the NewFronts can include all of the above, VidCon is less about forming partnerships and securing substantial deals in the moment, but rather making connections that could be meaningful in the future.

While VidCon was started by YouTube stars and YouTube still takes much of the spotlight, platform attendance has grown. GoPro has been going to VidCon for the past few years, and this year for the first time, it’s hosting a booth.

VidCon is a “great way for us to show people and remind people that GoPro is more than just an action sports camera company. It’s a great life-capture device, another creative element for storytellers. We can talk young vloggers to say, ‘Hey, try this,’” said Rick Loughery, GoPro’s vp of global product communications.

VidCon has its established players and veteran attendees, but it continues to attract newcomers each year, whether that’s interested marketers like Appleby, a nascent platform, an up-and-coming creator or a new superfan. This is also the first year VidCon is running under its new parent company Viacom.

Zach Blume, co-founder and managing director at digital studio Portal A, said his team has been attending VidCon for the past six years, and they always meet first-time attendees.

“Each time, we see a wave of new faces: brands, publishers and agencies that are having their first exposure to the energy and explosiveness of our space. You can always tell by the startled look in their eyes,” Blume said. “For very different reasons, VidCon can be an equally powerful experience for both veterans and newcomers.”

Get the latest coverage and analysis on the future of TV, online video and entertainment by subscribing to our weekly Video Briefing email.