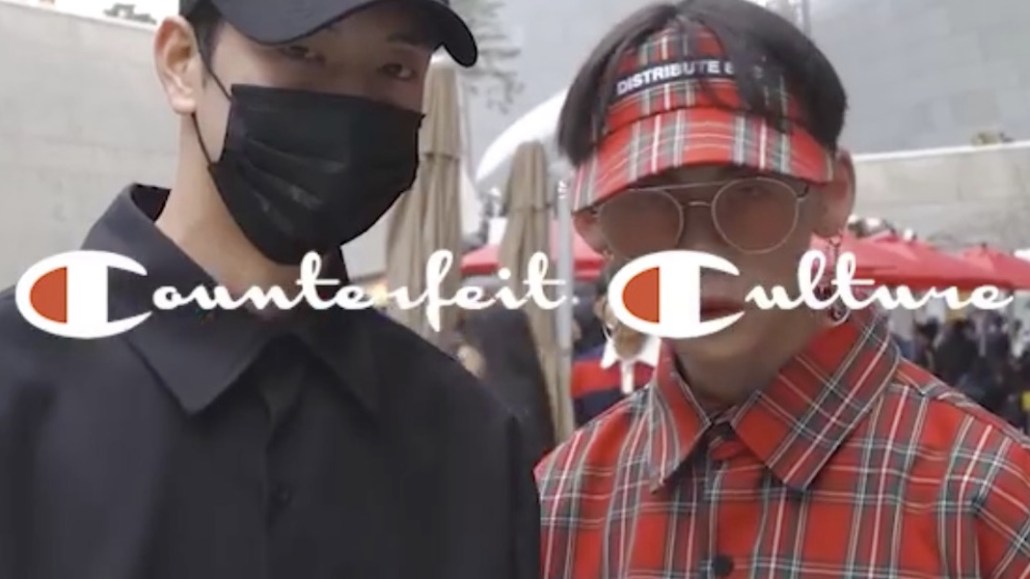 In South Korea, counterfeit goods are so common that fake Supreme sweatshirts are sold right outside the brand’s official venue at Seoul Fashion Week, according to Highsnobiety’s 15-minute documentary, “Counterfeit Culture.” It’s the streetwear publisher’s longest film so far and the latest example of Highsnobiety’s push into original, longer-form video.

“In Korean culture, [fake fashion] is not necessarily regarded as something bad,” said David Fischer, co-founder of Highsnobiety. “Someone who’s really into the green fashion world will still shop fake fashion — that was what was fascinating to us.”

For publishers that lack huge teams to pump out tons of video content to make money through ads on social platforms, premium long-form video makes sense, said Fischer. Publishers such as Vox, The Atlantic and Condé Nast are directing renewed focus toward YouTube, where audiences are harder to grow than Facebook but tend to be more engaged.

Highsnobiety had started edging into longer-form videos with a weekly Facebook Live and YouTube show called “Flips & Bricks,” which finds the best prices on athletic shoes that week and runs between five and 10 minutes long. The views aren’t eye-popping — this one has had 12,000 views — but it was enough to motivate the publisher to do more. Next month, it’s launching another weekly Facebook Live show, in which two contestants compete for the best outfit. According to Fischer, videos that are longer than two minutes and 30 seconds have 6 percent higher completion rate and attract 23 percent more comments than videos under two minutes and 30 seconds long.

To get exposure and credibility for the new documentary, Highsnobiety released it Aug. 24 on The Business of Fashion, along with the publisher’s own YouTube channel. Fischer said he hopes “Counterfeit Culture” will reach 100,000 views over the next two weeks before Highsnobiety publishes the video on Facebook. “It’s a more premium experience if it’s hosted elsewhere,” he said.

Highsnobiety plans to release a documentary every three months, the next will examine Russian counterfeit culture, eventually increasing the output to one each month. To do so, it’s doubling its video team, hiring two more video producers in New York and three in Berlin. “Counterfeit Culture” isn’t being monetized, but down the line, Highsnobiety plans to sell brand sponsorships that let the publisher keep editorial control.

The publisher still sees value in short-form video. Since the publisher split its content into half a dozen verticals in early July, it’s needed to create a lot more video to populate its channels, where 80 percent of the video output is either licensed or re-edited, according to Fischer.