CBS Interactive’s Jim Lanzone on VC-funded digital media: ‘We have a real business’ 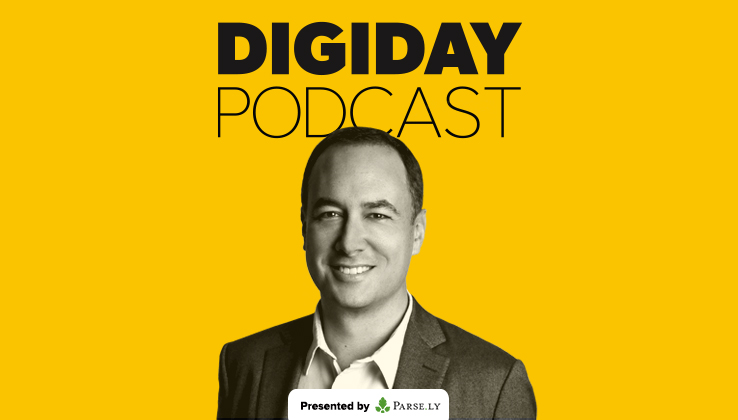 Digital-only media brands with millions of dollars in venture capital funding have gotten a lot of attention. However, slowly but surely, they’re hitting a wall. And CBS is capitalizing.

“One reason why [the VC- funded, digital-only media companies] got the attention they got is because they were new and they were creating great content,” said Jim Lanzone, CEO and President of CBS Interactive. “We never fell into the bucket of ‘cool factor’ buy. It’s true the attention went to those brands for a while but we have a real business. CNET is the granddad of these properties. It’s not sexy because it’s not new. Last year, CNET had its best year in its 25-year-old history from a revenue, profit and traffic point of view. It has never declined in any way, it’s only continued to grow in reputation with advertisers, in a large part because it delivers. They’re tracking all the way through conversion when they work with someone like CNET.”

Lanzone discusses the opportunity in OTT, original programs, reducing reliance on advertising and more on this episode. Edited highlights below:

OTT is a big opportunity.
“For me, OTT is specifically Roku, Apple TV, and [other] devices. Seventy-five percent of our streams are coming through those devices. People who watch through those devices, watch a lot of content. We have around 6 million subscribers between Showtime and CBS for our OTT products. Then we have other ones. In our portfolio, there’s fantasy sports. People are paying a subscription for UCLA insider sports information. We’ve strongly been building behind premium video and advertising and live-streaming businesses as well. We’ve also launched CBS Sports HQ, which is also growing. As those grow, it provides us [with] more premium video advertising inventory.”

Subscriptions for superfans.
“CBS All Access came from recognizing that in the portfolio of tens of millions of people watching CBS content online, [there] were superfans, who would be willing to pay to get access to more content from us. It started with every episode of the current season and all episodes of all shows in history. Then we were the first the only one to geofence every DMA in the country to provide a live local stream of your local CBS station so you could watch it through your phone or laptop. You could see the Grammy’s, the Super Bowl. We knew if we were successful with that, then we would earn the right to have originals because you had to add to the number of shows and the things they had to watch on the channel.”

Relying lesser on advertising.
“One of the objectives of CBS has been to reduce the reliance on advertising from a revenue perspective. They’re now at 50 percent or under for CBS overall in terms of advertising from a revenue perspective. [Netflix impacted companies like CBS] in one way because we launched an ad-free version of the product. There’s been a strong uptake for the product. But people are still excited about the advertising-based product. The ad model works better in a lot of ways. You can target users. The data is more robust than in broadcast. Our completion rates are 99 percent. People are watching the content online so they’re engaged with the ads.”

2019 in preview.
“The industry overall needs to expand its thinking on the 85 cents for every new dollar going to Google and Facebook. Everybody needs to think about the broader picture of intent creation and what all the great publications, not just the ones we run, are providing, which is creating brands and intent purchase. [Instead of] complaining about the fact that dollars are going there but people think about spending them more smartly up the funnel. The balanced breakfast approach is what the community needs to be thinking about instead of the easiest way, which is the thoughtless direct response vehicle that to me, should be just a part of the breakfast.”