Barstool Sports got 41,000 people to pay for its latest amateur boxing PPV 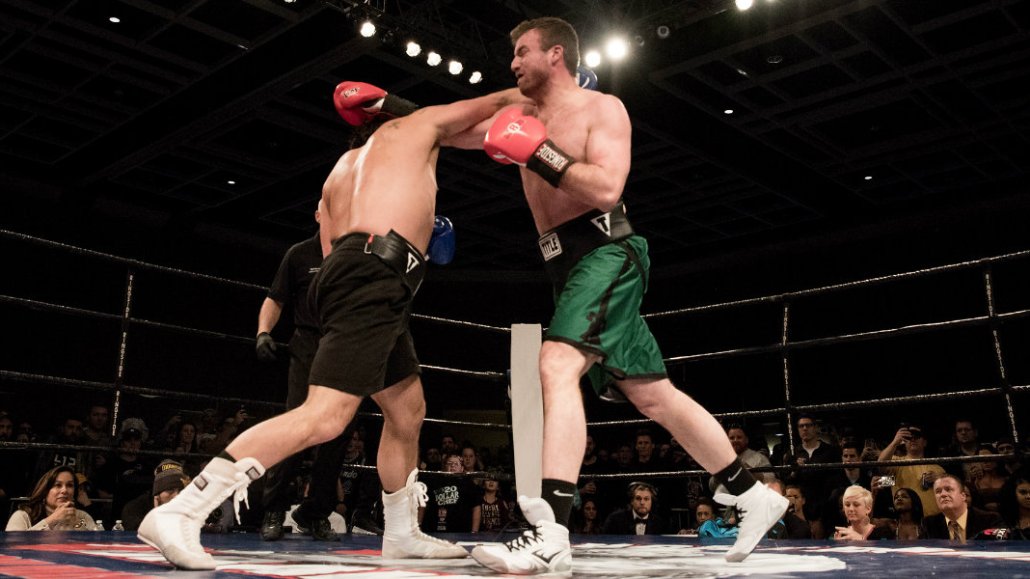 Barstool Sports’ decision to buy an amateur boxing competition continues to pay off.

On Friday, Feb. 16, Barstool Sports hosted its third amateur-boxing pay-per-view event — and the second one since it acquired the West Virginia-based Rough N Rowdy Brawl last November. The five-hour live tournament, which featured just under 50 prize fights, including a bout between two Barstool personalities, had 41,000 buys, according to Barstool Sports. “We sold out the venue a week in advance,” said Barstool Sports founder Dave Portnoy.

The entire event was available to stream on Barstool’s website for $9.99 if purchased before the day of the event and $15.99 if purchased on Feb 16. Fifty-eight percent of buyers ordered the PPV on Friday, said Erika Nardini, CEO of Barstool Sports. This means Barstool made more than $550,000 from PPV buys for the event.

Officially dubbed Rough N Rowdy 2 — the first tournament that Barstool livestreamed to 12,000 paying customers was prior to the acquisition — Friday night’s event was a polished production featuring multiple camera setups, instant replay, on-screen graphics and mini fighter profiles using videos submitted by the fighters themselves. Barstool had more than 20 employees on the ground to handle the event.

“We did a lot more pre-production work this time around,” said Nardini. “We are getting more synced up in terms of how we are running a PPV fight.”

After acquiring the Rough N Rowdy Brawl in November, Barstool set up a new business within the company called Barstool Brawl, which aims to eventually produce a dozen of these types of events per year across the U.S. Nardini expects Barstool host six to eight PPV tournaments this year, with the next one scheduled to occur in North Carolina.

With Barstool also being popular at college campuses, the publisher also plans to play up local college rivalries. At Friday’s PPV, for instance, it had some fighters from West Virginia University and rival Pitt. Highlighting that element in Barstool’s pre-fight marketing for the event was one of the biggest drivers in getting people to pay, alongside the fighter videos that created more of a personal element to many of the fights, Nardini said.

Barstool also hosted a live preview for the PPV, which gave users the chance to catch the first 25 minutes of the event for free on BarstoolSports.com, Facebook and Twitter. More than 90,000 people tuned into the livestream, with 9,000 buys coming in within minutes after the preview had ended, Nardini said.

As the event grows, Barstool is looking for ways to grow a business around it. In addition to tickets, Barstool also sold some Rough N Rowdy-branded merchandise at the event, selling over a “couple hundred” items, Nardini said. The company also held free watch parties in Boston and Morgantown, West Virginia, something Barstool could eventually sell tickets to.

The question, for Barstool, is in how much they can scale Rough N Rowdy beyond its roots in West Virginia. Nardini said Rough N Rowdy Brawl is already profitable and the company makes a “healthy” margin, in part because, “like most things we do, we bootstrap.”

Beyond the event itself, Barstool also sees using the customer data it collects from the PPV orders to target other pieces of content and products to these users.

“We’re able to see who’s buying what and why,” said Nardini. “Are viewers interested in all the various storylines? Or the ring girls? Or the college fighters? We’re able to understand what else they are buying from us, what else they might be engaging with, which enables us to build better content and better products for the people who want them.”