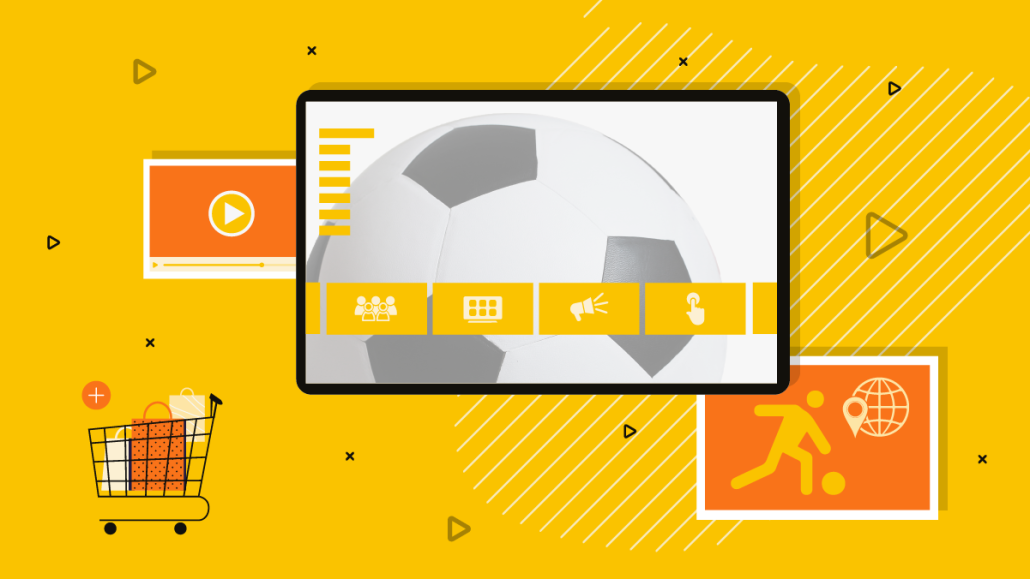 At the root of every sport are two key characters: the athlete and the fan. The athletes may be the stars of the show, but without fans — without their energy, fervor, tangible support and wallets — sports matches and championships would all be very different games. From team tattoos to (football-) soccer-themed haircuts, fans’ enthusiasm and spending power are vital to any team’s success.

Research suggests that spectators have a tangible, positive impact on athletes’ performances, and the FIFA World Cup is a prime example. For nearly a century, the tournament has riled up football — soccer — fans across the globe, reigniting and redefining patriotism and adulation every four years. It is now the most watched event on television, overshadowing even the Olympics. And the more eyeballs on a given match, the more competitive that competition seems to become. The 2006 FIFA World Cup Final, as an example, was watched by 1 in 9 people worldwide, and that particular tournament saw some of the most incredible goals in history (including Cristiano Ronaldo’s two gorgeous scores in the final group game against Japan). FIFA president Gianni Infantino expects a whopping 5 billion people will tune into the Qatar games later this year, the highest in history.

As FIFA World Cup viewership has soared and technology has evolved, so too have the opportunities for fans and brands to get in on the action. With post-match interviews, OTT streaming, social media and even virtual reality, the barriers that used to exist between fans and athletes aren’t simply shrinking; they’re crumbling. Games are more accessible to fans than ever, and so are the players. As these gaps close, marketing avenues open, and aligning with the event is good for both brand sentiment and sales.

Reaching consumers with the world’s game

A recent Tremor International global survey showed that up to 36% of people have a more favorable view of a brand if they sponsored the FIFA World Cup, 33% would likely visit a sponsor’s website and 28% would likely purchase a product.

Beyond sponsoring teams and plastering their logo onto stadium walls, brands now have the chance to interact with fans on a more targeted and individual level. Approximately 9 in 10 global (soccer) football fans (88%) said they intend to watch additional FIFA World Cup content such as highlights, player interviews and match analyses in addition to actual match footage. For instance, platforms like the FIFA+ app offer fans access to more match- and athlete-focused content, including interactive games and documentaries.

More platforms and content like this equate to more places and spaces for advertisers to reach their target audiences. Per Tremor International, these are highly engaged audiences who reported at a rate of 70% that they would continue to follow the tournament even if their home team is knocked out.

Why the 2022 FIFA World Cup is unique for brands

Because this year’s games are taking place in Qatar — far from both Europe and the Americas, where the majority of football (soccer) audiences are based — Tremor International’s global research (see above) suggests that 80% of fans will be watching from home, leaving them hungry for more. More commentary, insights and athlete interviews spell more brand opportunities. Furthermore, this year’s FIFA World Cup is set to take place during the busiest advertising season — November through December — and almost half of football fans reportedly plan to purchase holiday gifts early this year.

All this to say, fans and athletes may be the two core figures in any sport, but brands have the chance to become a third integral player in the mix. By putting their marketing dollars in football-related spaces, traditional or otherwise, they have the opportunity to boost brand recognition and loyalty significantly. Placing ads in apps or streaming platforms is an easy bet and a surefire way to meet fans where they’re at — but only brands that take the shot can score.

https://digiday.com/?p=468138
Most Read
Trending in
Explore More from Digiday Media