What mobile commerce looks like in India, China and Japan 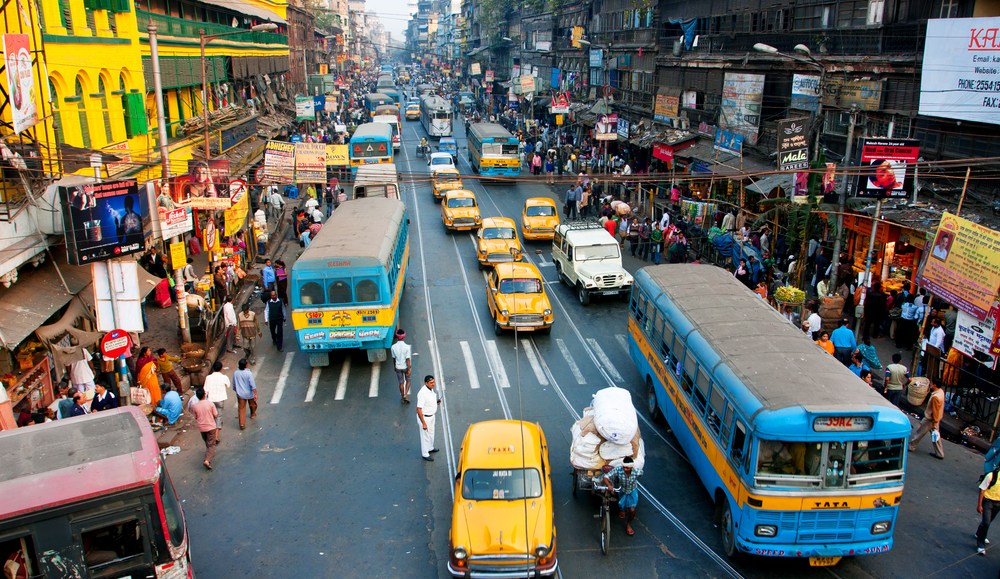 Beijing and New Delhi probably aren’t the first cities that come to mind as hotbeds of mobile commerce. But they should be. Across the globe, emerging markets are springing to digital life, and at their core is a vibrant mobile infrastructure.

The Times of India announced that mCommerce grew 800 percent over the last year. Moreover, the country sees 1.5 billion electronic and card transactions per year in retail, according to a McKinsey Report released this month.

The figure is far from the $114 billion in mCommerce revenue logged in the United States last year, where retailers are going to market with evolved strategies that incorporate social campaigns, mobile web and app investments. That approach is also par for the course in the EU as well, where consumers spent $30 billion for 2014.

But India is on its way to surpassing the EU figure and China’s already done it, with more than $51 billion projected for the year in April. The figure should be intriguing for mobile marketers who many not yet have these emerging markets top of mind.

“Retail is taking off in a big way, led by Amazon and a few big local brands,” said Raj Dhamodharan, group head of emerging payments for Asia Pacific at MasterCard. “We believe there are 40 million smartphones in India. And where there is connectivity, brands get friendly toward that channel and commerce follows.”

Before exploring why mCommerce is taking off in emerging markets, it helps to have a better sense of what the term means in those economies.

How do you say mCommerce in Hindi?

“MCommerce has many different definitions, so you have to understand what they are to understand that number,” said Dhamodharan of the figure reported by the Times of India. While most marketers see it exclusively as eCommerce equivalents on smartphones, it comes in many forms, some of which are particularly prominent in the developing world.

“If you order something off of Amazon in the US, you’re paying almost exclusively off of a credit or debit card,” said Dhamodharan. “In India and Indonesia, people often choose cash on delivery. Now they’re beginning to pay with a card on delivery where the delivery guy is carrying a merchant’s mobile point of sale.” Many Indians are still wary about providing financial data through their own mobile devices, a fear that’s diminishing as the process becomes more secure.

Chinese consumers don’t share this caution. “They’re really comfortable paying electronically,” said Dennis Chang, MasterCard’s country manager for China. “It’s driven by the emerging digital players, but also by the financial service space. We have banks providing the basic level of services to a majority of the population. There are 4 billion debit cards in circulation in China and 450 million credit cards in circulation. People are more open to adding these to their digital wallet.”

Many of these emerging markets are approaching maturity in a mobile age. While the developed world might be facing resistance in moving consumers from their PCs to smartphones, countries like India don’t have that problem.

“We see a lot of acceleration in people buying straight from mobile devices with everyday purchases like movie and other event ticketing and music downloads,” said Dhamodharan. “Coupons and deals are a massive category. There are a bunch of Groupon equivalents in India. There’s no doubt that for many of these consumers, the primary device that they have is their mobile device, and that’s what they default to.”

In China, the growth of mCommerce is aided by high smartphone usage. “Consumers are getting more used to using them to do more things,” said Chang. “It’s becoming a more integral part of their day-to-day life. Think about Chinese using WeChat for not only information-sharing, but to connect to brands to find out about location services.”

China benefits from another key factor. “It’s primarily an Android market,” said Chang. “That we’ve got tremendous manufacturing capability on the ground like Lenovo and Huawei really drives low-cost Android products and makes them more available to the general population.”

From railways to retail and beyond

In India, China and other emerging markets, mCommerce sees a familiar pattern in terms of the segments it moves through. “It starts with travel and then branches into retail,” said Dhamodharan. “Indian Railways used to be the primary traffic for mCommerce, and now that’s definitely branched out.”

There was a surprise awaiting Dhamodharan when he took a look at Indians’ mCommerce activity. “We initially expected them to buy something domestic on eCommerce, or pay a bill or something like that, but the first thing we saw was digital content. People were using their cards to buy Facebook and iTunes credits for stores that have localized Indian content.”

There’s another reason why smaller, everyday purchases are seeing the most mobile action. “It’s a question of demographics: A certain class of people are ready, and others are not.”

One trend is significant not just for emerging markets, but global mCommerce more generally. ”The line between a domestic purchase and a cross-border purchase is blurred,” said Chang. “A Chinese consumer coming into Hong Kong browses at a physical merchant. They pull out their smartphone to compare the price to a merchant back in China. The final purchase can be with a cross-border merchant in Hong Kong or the domestic mCommerce marketplaces of China. The challenge is to serve that consumer wherever they are.”

The apples and oranges of world markets

It’s logical to assume that developed economies see more mCommerce activity. Take Japan, inarguably a highly-connected market. “Over 90 percent of people are able to access the Internet through a mobile device in Japan,” said Dhamodharan.

But only about a third of them go on to make a mobile purchase, a lower proportion than in some emerging markets. In China, for example, 70 percent with mobile web access used it to make a purchase in the past year.

There’s a reason for this: Consumers in more mature markets like Japan, the US and the EU have more device options.

Statistics show mobile shopping is underway. During the 2014 holiday period, nearly 60 percent of Amazon.com customers in the U.S. shopped using a mobile device. This includes activities like tracking deals and order shipping status, and adding items to a wish list or shopping cart. Purchases from smart phones in particular are also on the rise. Total U.S. holiday sales from the Amazon app for smartphones doubled over 2013.

But not all mobile shopping leads to a purchase.

“In markets like Japan, digital consumption is doing quite well because you purchase content you consume on the mobile device, like music,” said Dhamodharan. But with retail or larger purchases, consumers often switch to a PC for the final transaction.

Still, he added, “put in absolute dollars, markets like Japan will probably surpass other markets [in mCommerce] just because of the sheer volume.”

Regardless, we shouldn’t expect emerging markets to trail for long. “In a market like China, consumer behavior can change quite rapidly,” said Chang. “We’re talking about a market that really happened in the past 30 years. There’s not much in consumer behavior that’s deeply rooted. Mobile commerce will benefit from consumers who can readily adapt to new things.”

https://digiday.com/?p=104960
Most Read
Trending in
Explore More from Digiday Media