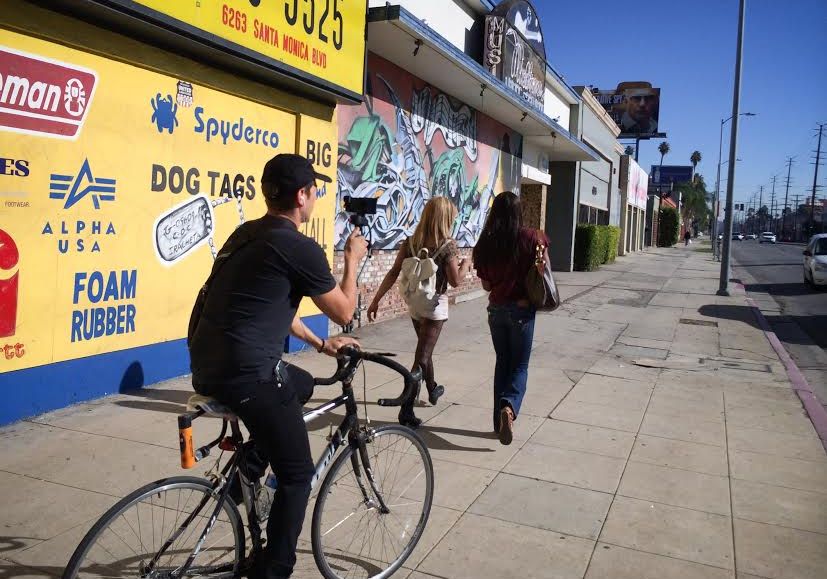 At the Sundance Film Festival, audiences routinely sit through the credits – and rarely does that scrolling text produce an audible gasp. But when the credits to the indie film Tangerine came to a close, viewers were surprised to see the following line: “Shot entirely on iPhone 5S.”

Director Sean Baker shocked a film festival with this outre method, but it’s been used by advertisers for years.  Both Apple and Bentley have filmed commercials on mobile devices to great acclaim, a trend accompanied–and perhaps inspired by–by a huge surge in mobile video consumption.

“Mobile is no longer something we ‘can’ do or ‘have to’ do,” said Fred Gerantabee, director of creative technology at Grey. “It’s just how we work now. And that’s a huge shift in how we approach the creative process.”

In other words, mobile hasn’t changed just how video is consumed. Mobile video is changing how stories are conceived of, shot and created for advertising and in film.

Think fast, create faster
The advertising industry takes it for granted that mobile video should be shorter. But for years, that’s meant boiling down traditional 60-second TV spots into 30- and 15-second cuts – not thinking with mobile in mind from the onset. The advent of video in social feeds has shortened attention spans – and the length of mobile video projects – even further, making a “mobile-first” mindset crucial.

“It’s not a giant [time] investment,” said Jon Jackson, global creative executive at Huge. “It’s a swipe. It plays for seven seconds or so, and if I’m interested, I tap on the audio. But it has to work both ways and be as succinct as poss­­ible.”

Baker feels the shift even among movie audiences: “There is an energy and a lack of patience. I hear a lot of people saying, ‘That film is too slow.” To keep up with the shift, he’s moved to faster cuts. “It’s hyperactive,” he said of his latest film. “It’s keeping people awake.” 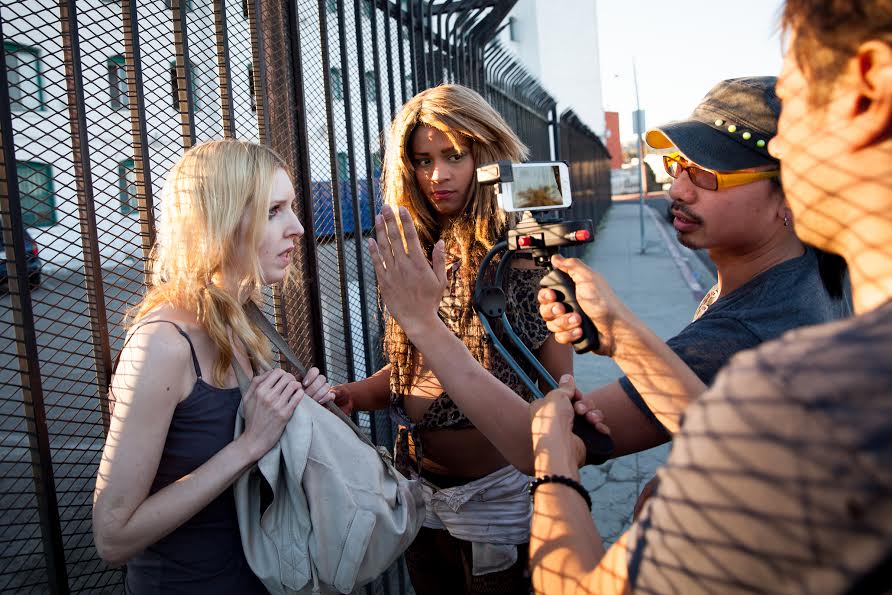 What’s often not discussed is the impact that social and mobile have had on the speed of production. Agencies accustomed to week-long shoots for high-budget television spots sometimes have to shift gears significantly to keep up with nimbler social amateurs.

“People on social media are writing a lot of content very quickly, producing it and a lot of times starring in it,” said Jackson. “So we try to make teams of people who are multifaceted. It’s scrappier and probably doesn’t feel as comfortable, but these are the people you need.”

For Jackson, that means shorter shoots and smaller production teams.

“Sometimes we work directly with people on Vine and Instagram,” he added. “It’s for the authenticity, which is such an annoying word.”

I’ll take my video raw, please
Annoying or not, authenticity is a highly valued commodity for brands these days, often part of concept conversations and carrying through the production when it comes to mobile video ad campaigns, said Gerantabee.

“This is not just about editing it down to a shorter form so it’s easier to digest, but about what people are used to looking at – what feels comfortable for them,” said Gerantabee. “People are looking at content generated by friends and family shared through social [on their phones]. So sometimes coming in with a hardcore, heavily-produced video can be jarring.”

Nike, for example, created a time lapse video of their Times Square digital installation using Instagram, while Gap’s 12-part micro-series, Spring is Coming has a higher production value, but the same, quick-cut gritty feel appropriate for mobile and social.

The city that never sleeps won’t sleep on this. Welcome to the Nike SNKRS Station, an interactive Nike SNKRS App experience hosted by @nikenyc. Learn more at nike.com/SNKRS

Brands like Carl’s Jr., Adidas, and Walt Disney Studios are also producing short-form video specifically for mobile. Instead of cutting down and repurposing TV creative, these brands are starting at the brief and working with their creative directors and producers to make videos meant to pique users’ interest in environments where attention can be hard to get.

For Baker, it was the small size of the iPhone that made it possible to capture a more real-world aesthetic. “To somebody walking by our little film crew shooting video across the street, they’d never have any idea that we were actually shooting a feature film,” he said. “That’s what the iPhone as a camera allows: That one extra degree of being inconspicuous.”

Fortunately, audiences had been primed for this aesthetic by a long tradition of reality TV and home movies.

“Within the last decade or so, raw, unscripted-looking content, stuff that looks a little more gritty, wasn’t unusual,” said Gerantabee. “We’ve had a few years to finesse it into our [media] culture, so it’s not much of a stretch for brands.”

Learn the rules, then break them
In the 90s, directors used close-ups to tighten the video frame, partly to get around the low quality, standard definition video that was the norm. But Baker said that the advent of plasma screen televisions and mobile retina displays have changed all that.

“Even if Tangerine was being viewed on a small screen, I still wanted that cinematic look,” he said. To nail it, he augmented the iPhone’s camera with an inexpensive adapter, enabling a cinemascopic aspect ratio. 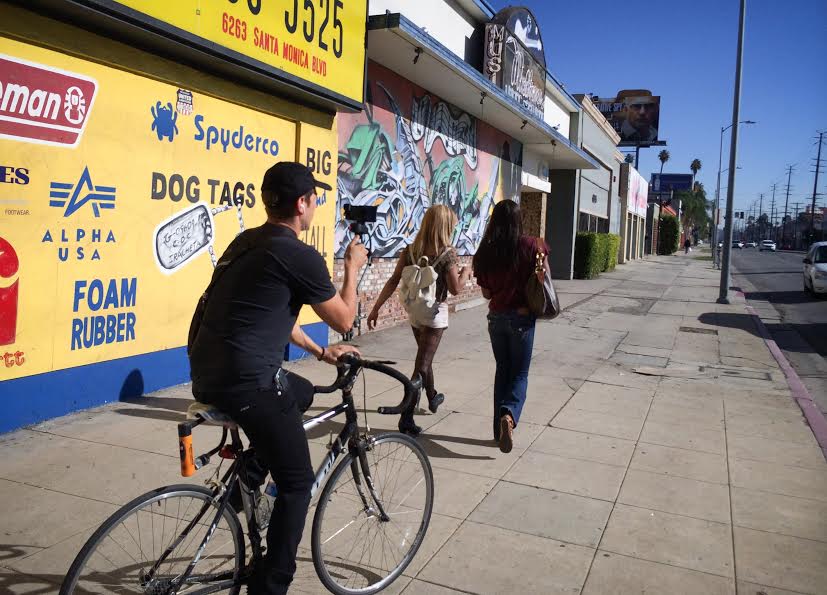 Ad shooters are also on board with breaking traditional cinematography rules when it comes to shooting for mobile. While many in the industry believe tight-frame close ups and large text are best for mobile-viewing, advances in the devices themselves are encouraging producers to change their tack.

“Four years ago, you had a 19-inch TV with a 4:3 aspect ratio,” said Michael Sagol, executive director at Caviar Content. Now, televisions have high resolution and widescreens. Mobile devices are also enabled with widescreen dimensions—viewers just turn their phones sideways. That gives creators more freedom when framing their shots.

“You don’t have to make sure all the action happens in the middle. Whatever’s badass, you do.”

Added Gerantabee: “Experimenting with new aesthetics for their own sake won’t cut it. It still has to create some kind of consideration or awareness around the brand.”

And agencies, remember: Before shipping your creative, watch it on every mobile device you can find. “Otherwise all your dimensions could be wrong,” said Jackson, “and your message might be missed.”

https://digiday.com/?p=111362
Most Read
Trending in
Explore More from Digiday Media