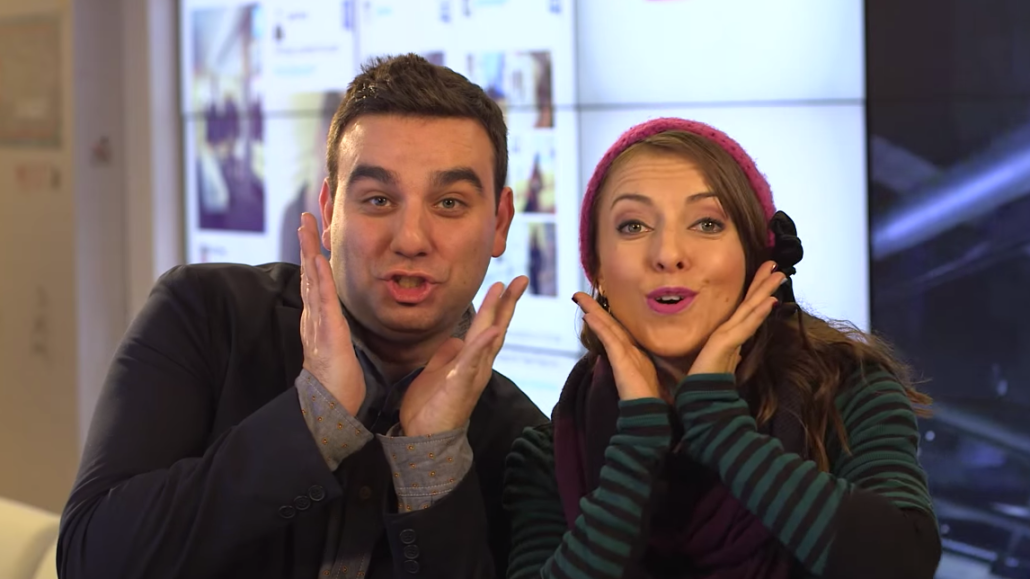 YouTube has a new way to communicate with its creator community: its own video series.

The brainchild of YouTube producer Rob Polonsky, “The Creator Show” showcases new features and tips for YouTube creators, with prominent YouTubers serving as the primary educators. The twice-monthly series also includes interviews with YouTubers such as Grace Helbig and PrankvsPrank about their projects, creative process and experiences on (and off) the video platform.

“It’s overwhelming how many things happen every day in our community, and this is a good way to tie it all together,” said Polonsky, the show’s creator and host.

Bolstering the YouTube community’s satisfaction has been a priority for YouTube CEO Susan Wojcicki, who has spent nearly a year heading the platform. It’s become more pressing as competing digital video players, from Facebook and AOL to Vessel and Vimeo, have sought to lure YouTube talent to their respective platforms.

Under Wojcicki’s leadership, Google has introduced a premium ad tier for YouTube, started investing in original content from top creators, and expanded its YouTube Space program to New York. Wojcicki has met with a host of creators, YouTube networks and media investors spurned by the earlier YouTube leadership — and encouraged the rest of the company to keep those lines of communication open.

“The Creator Show” is one more tool for YouTube to keep creators content and connected. It’s also great propaganda. Creators regularly gripe about YouTube’s revenue split, for example — the site keeps 45 percent of revenue generated from ads that run against their videos — but in the second “Creator Show” episode, YouTuber John Elerick explained how creators can solicit financial contributions from fans directly through their channel pages.

“It’s great that YouTube is creating content like this that both educates creators on new features on the site and also shines the spotlight on different successful channels,” said Charlie Todd, founder of Improv Everywhere, which operates a popular YouTube comedy channel dedicated to public pranks. “Obviously YouTube has always worked hard to spread the word about new features via blogs and Twitter, but having a show dedicated to discussing changes is a great new way to get the message out there.”

“We definitely want the show to develop a global flair,” said Polonsky. “Our main points of emphasis are educating and inspiring creators. But it’s exciting because the show is in its infancy and can really become anything.”