Worth Reading: The Algorithm Dream 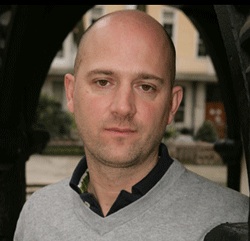 The much-promised consolidation of the advertising technology industry began with a fairly small deal: demand-side platform DataXu bought up European trading desk Mexad. The interesting part was the rationale: DataXu, which was rated highly in tech by Forrester’s recent DSP industry report, wanted Mexad’s service capabilities in European markets. Indeed, Forrester took points from DataXu in its evaluation for its “smaller resource base.” Marco Bertozzi, VivaKi’s managing director in Europe, writes on his blog that he’s “amused” by this since DataXu had criticized VivaKi’s tight link with Google’s Invite Media since DataXu felt its algorithm is superior. Not enough, Bertozzi writes.

I have said all along that I still see this a very difficult market place for the independent DSPs, not impossible of course and I look forward to working with a number of them as we continue to test and learn, but difficult. Perhaps by buying Mexad they see a quicker way of getting through the doors, although Mexad as far as an agency trading desk is concerned is like outsourcing your TV buying so I suspect those doors, at least in developed markets, will also start to close.