Worth Reading: Google Plus Has A Perception Issue 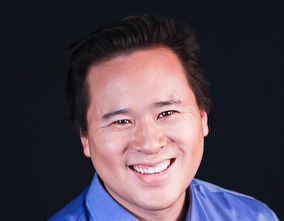 Google Plus is a tough one to figure out. On the one hand, it’s got adoption rates that are off the charts. On the other, there’s a feeling of disappointment, like it’s not really found the need it fills that Facebook doesn’t. Altimeter Group’s Jeremiah Owyang believes Google Plus has a perception problem. He lists three main reasons: Facebook pulls a Marcia Brady and hogs the spotlight; the social network isn’t too compatible for brand pages yet; and it’s still dwarfed by Facebook’s 845 million users. The problem might be more fundamental. Google is learning the lesson that caused its competitors in search to bang their heads against the wall. No matter what non-Google search engines did to innovate, people still thought of Google as search and vice versa. In order to switch, Bing would need to be 50 percent better. The same’s true in social. Facebook is social networking for most people, end of story. Here’s Owyang’s vision of how Google Plus can win:

To win, Google needs to focus on public perception beyond just building a platform.Google+ continues to integrate the social features with the newly updated homepage on Google.com and we should continue to see it span across their set of products now that they’ve consolidated their profiles which has caused privacy woes. Google knows they must make their social platform work, to meet the needs of the modern Web, as advertising dollars shift to other social networks. They must not only double down on building a successful platform for users, brands and their business model, but must also do proactive media, press and influencer outreach.