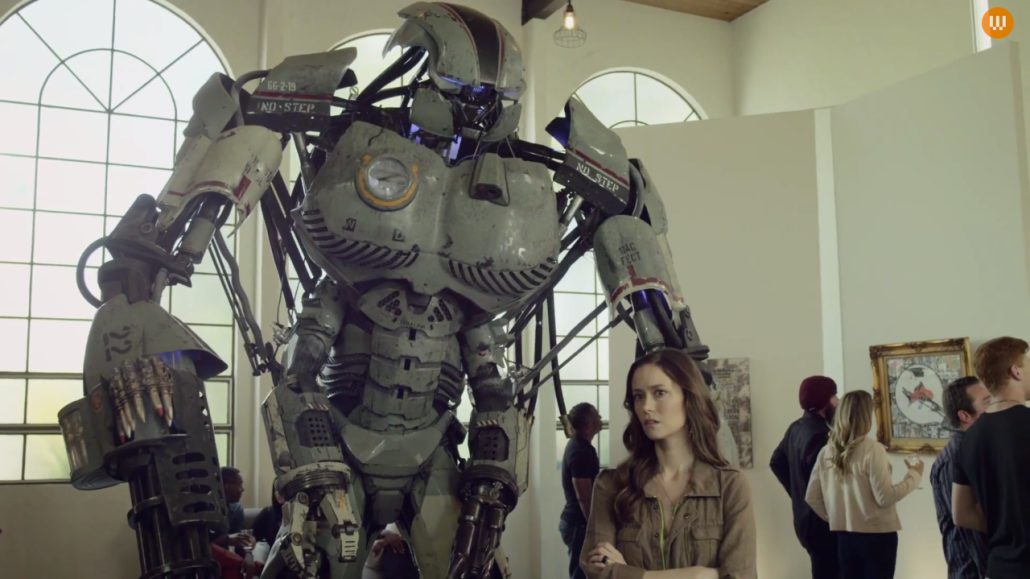 Despite the presence of a giant robot, Wired’s latest video series is light on tech and heavy on showbiz.

On Monday, the tech publication premiered “Jeff 1000,” a mockumentary series about a hulking assembly robot who wants to become a Hollywood actor. Created by Michael Karnow (known for Syfy series “Alphas”) and produced by Condé Nast Entertainment, “Jeff 1000” follows the robot actor as he works on his first movie with co-star Summer Glau, who plays herself. There’s also some “behind the scenes” content, which features the various cast and crew members talking about the titular robot.

“Our audience is always looking for science fiction and robot content,” said Michael Klein, evp of programming and content strategy at Condé Nast Entertainment. “And Summer Glau has a huge following with this group. Here was the perfect way to merge all of those audience needs.”

For a big budget Web spectacle, the premiere of the show was comparatively quiet: You can watch “Jeff 1000” episodes on Wired’s YouTube channel and Condé Nast’s “The Scene” video hub, but you won’t find the series mentioned on Wired.com’s homepage, Facebook page or Twitter feed.

The downplayed debut from Wired’s editorial team hints at an ongoing rift between Condé Nast’s video production division and its magazine brands. But Wired framed the quiet launch as a routine component of its social strategy.

“We don’t always promote the Condé Nast Entertainment videos directly after they publish, because allowing a story to gain some traction organically before we promote it on social channels usually nets a bigger response,” said a Wired spokesperson.

Condé Nast invested heavily in digital video this year, staffing up its video arm and launching “The Scene” video hub this summer. The company matches every dollar spent on production with a dollar for marketing, which helped it hit a billion views across all of its titles this past July.

But it hasn’t been the smoothest process for Condé’s magazine editors, who have clashed with Condé’s Nast Entertainment over lack of editorial control and standards, according to an August report from Capital New York. Some editors said they’d been cut out of the video-making process altogether.

“It doesn’t make sense for video to be outside of editorial control,” Capital quoted one “insider” as saying. “The brands control everything else, so why not this very important thing?”