Why Publishers Are Betting on Sponsored Posts 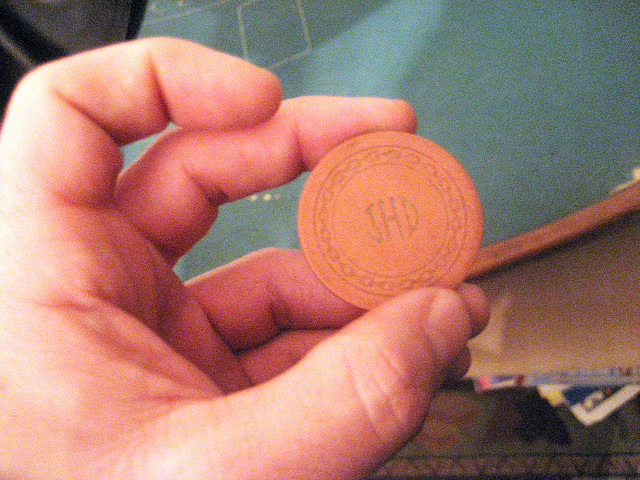 Digital publishers are under pressure to find new ways for advertisers to reach their audiences. This has led to a growing use of “sponsored content” across sites like Gawker, Buzzfeed, The Huffington Post and others.

The moves are part of the shift by many brands to think of themselves as publishers in their own right. As Todd Sawicki, chief revenue officer of Cheezburger, said, “It’s a form of advertising that the online world is uniquely qualified to distribute.”

The challenge is to do this in a way that benefits all sides: publishers, advertisers and readers. Developing a sponsored content strategy is not as simple as republishing a brand’s press release. It often involves the publisher getting its hands dirty and helping the advertiser craft the content in a way that will appeal to the publisher’s audience. Digiday examined the sponsored content programs of five publishers: The Huffington Post, Buzzfeed, Gawker, Forbes.com and Cheezburger.

The Huffington Post
The Huffington Post is the poster-child for sponsored content, as its foundation lies in giving voices to, well, anyone. HuffPo has built what it calls an “engagement platform” that lets brands use the same tools as its authors. A social marketing manager works with brands to showcase how to include popular HuffPo staples like slideshows. In the past year, brands like IBM, TNT, Sony, and Starbucks have been part of nearly 100 sponsored posts campaigns.

“We encourage brands to use it to speak directly to prospective consumers in ways that are more authentic and enriching than just banner ads,” said Mario Ruiz, vp of communications for AOL.

One example is IBM’s “Smarter Ideas,” where an IBM executive writes about the collaboration between private and public sectors, and the page is littered with IBM’s logo and ads. The idea is the brand gets an environment of its own to present itself as a thought leader.

Buzzfeed
Buzzfeed is getting a lot of buzz for its pivot from the place for links to funny memes to a full-on original publishing enterprise with a slew of top-notch talent. It’s also trying to build the business without running standard ad units in favor of what Jon Steinberg, president of Buzzfeed, calls “in-stream social advertising.” This comes in the form of sponsored posts that Buzzfeed loads into its CMS like any other piece of content.

Brands not only get their sponsored posts, but also their own channel on Buzzfeed. Buzzfeed editors often works with the advertiser to craft content that will resonate with Buzzfeed’s audience. Its writers will often do the heavy lifting, a necessity since most advertisers don’t have as keen of a grasp on crafting sharable content. A good example of this is Pillsbury, which created a map of Super Bowl snacks around the nation and then links to recipes. Other programs include campaigns for Comedy Central, Coca-Cola and Dell.

“We’re a platform about sharing,” said Steinberg, who compares sponsored posts to the storytelling days of advertising from the 1950s. The advertising industry has lost its way, he says, and that with packages like sponsored content, brands can tell stories in better and more engaging ways, he added.

Gawker
Gawker Media’s initial foray into sponsored posts in 2006 was a flop. It chose to imitate Google’s Adwords with a self-service platform that left it up to marketers. That approach drew exactly zero takers before it was scrapped after a couple months. Gawker didn’t back down, and chose to make sponsored posts part of integrated campaigns on the site. Like Buzzfeed and HuffPo, Gawker treats sponsored posts like editorial, using the same CMS.

Brands can tap into Gawker’s expertise: creating Web content that has a distinct voice and tone, and a commenting system designed to engage, not repel, its audience. Brands also get help through Gawker’s two in-house copywriters, who are dedicated full-time to producing sponsored content. An example is AMC’s Mad Men sponsored post on Deadspin succinctly reminding viewers of a few of the major questions from last season, and of course, announcing when Sterling, Cooper, Draper, Pryce come back to our living rooms. Other examples include a Starz sponsored post, which featured a Reddit-style IAMA with the cable net’s Spartacus: Vengeance creator, Steven DeKnight and a Microsoft sponsored post for IE9, highlighting the browser’s role in feeding people’s gaming addiction to Cut the Rope. Over the past year, the media company has run between 10 and 20 sponsored posts per week across its wide network.

Forbes
Forbes.com has embraced the “Age of the Platform” with open arms. So much so, in fact, they built out a space for brands to create their own articles, called AdVoice (the publishing powerhouse also has an AdVoice section in its print publication). The Forbes sales teams work with marketers to determine what’s best suited for them. Editors don’t get their hands dirty. On the digital front, brands use the same tools that editorial staffers use to publish posts.

“They can use those tools to write text, insert photo galleries, insert video/graphics,” Forbes Media chief product officer Lewis DVorkin said. “They use our platform to publish content. No one reads that content prior to publishing. They are the voice. They are responsible for that content.”

Some examples include SAP and Gyro. SAP, the business software solutions company, geared up for the Super Bowl, wrote a post providing deep insights about the participants: the New York Giants and New England Patriots. Gyro, a digital agency, wrote a post about connectivity on Google Plus and Facebook and highlight’s why these two platforms are important for brands. Other online participants in AdVoice include: Dell, Infosys and Microsoft.

Cheezburger
If there’s one thing everyone on the Internet can relate to, it’s sitting for an apparently amazingly long time scrolling through pictures of cats. It’s OK; we’ve all been there. And a good portion of our cat-viewing time is spent on the Cheezburger network. And while they are known for fancy and funny images of the feline species, they are working with brands to create sponsored posts its users will like, share and create.

Cheezburger chief revenue officer Todd Sawicki says that Cheezburger has editors on all of its sites to help brands create and customize content. If he had his druthers, Cheezburger would get out of the banner ad game altogether. Branded content is an important piece of the company’s ad strategy. “Brands will come to us and say, ‘We see your users create content and you can curate it. We want to hand users our brand/product/campaign and let them do what they do.’”

For example, Toyota has a sponsored site where users can create their own posts surrounding the Yaris. Another example of this meme-based approach is The Sims. Here, the virtual world computer game encourages users to enter a caption contest and create the next great meme. Other advertisers who are on the Cheezburger network are Turner Network, Microsoft and Mazda.

“The difference between us and (traditional publishers) is that new publishers realize a contributor doesn’t have to be on staff. If brand content is actually entertaining, then is it advertising or content? The users choose to engage with the content. We provide an environment for users to engage.”