Why Bud Bets on QR Codes 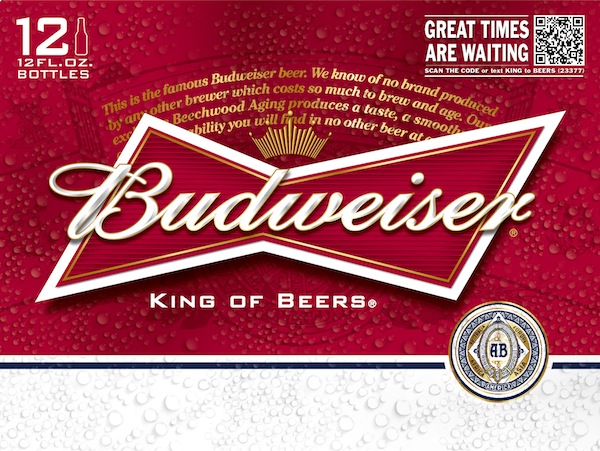 The QR code is a controversial tactic in digital media. Some see it as pointless digital frippery, while others see a path to melding the digital and physical worlds. One thing’s for sure: Big brands are interested.

Anheuser-Busch is tapping QR codes in a new “Track Your Bud” campaign, which will include QR codes on all of Budweiser’s secondary packaging. When scanned by a smartphone with a QR code reader, visitors are taken to a campaign site that includes a guided tour of the creation of their individual beer by the Budweiser brewmaster responsible for it. Consumers also have the option to text a keyword to a short code to be connected to the content. Budweiser places greater emphasis on the QR code than the SMS option.

The Track Your Bud mobile app integrates with Facebook to connect Bud drinkers nationwide. App users are exposed to branded Budweiser video content and can collect badges from each U.S. brewery.

“Ultimately, the strategy behind this digital effort is to celebrate the history and quality of Budweiser,” said Rob McCarthy, vp of Budweiser. “We are giving beer drinkers a behind-the-scenes look at our 12 breweries across the country and connecting them with 12 different brewmasters. The social component is there because social media is incredibly important in everything we do. We’ve been talking about the quality of our beers forever. Adding a social element makes it more personal, iterative and customized.”

There are a lot of marketers betting on QR codes, even though there’s conflicting evidence that consumers are so into them. ComScore reported that 14 million used barcode scanners of some sort. That’s about 6 percent of mobile users, a relative pittance. Still, many brands have jumped onto the QR-code bandwagon, including Toys R Us, Bloomingdale’s, Calvin Klein, DSW, Starbucks, Bath & Body Works, Chili’s, Taco Bell, Red Bull, Express and Zappos.

Budweiser is not a newbie when it comes to digital. “Track Your Bud” is just the latest in a series of digital initiatives from the brand. Most notable is the brewer’s “Grab Some Buds” global initiative that incorporated various digital channels. What’s next for Budweiser in terms of digital efforts? McCarthy said we’ll just have to wait and see.