Who’s winning at tech news on the Web 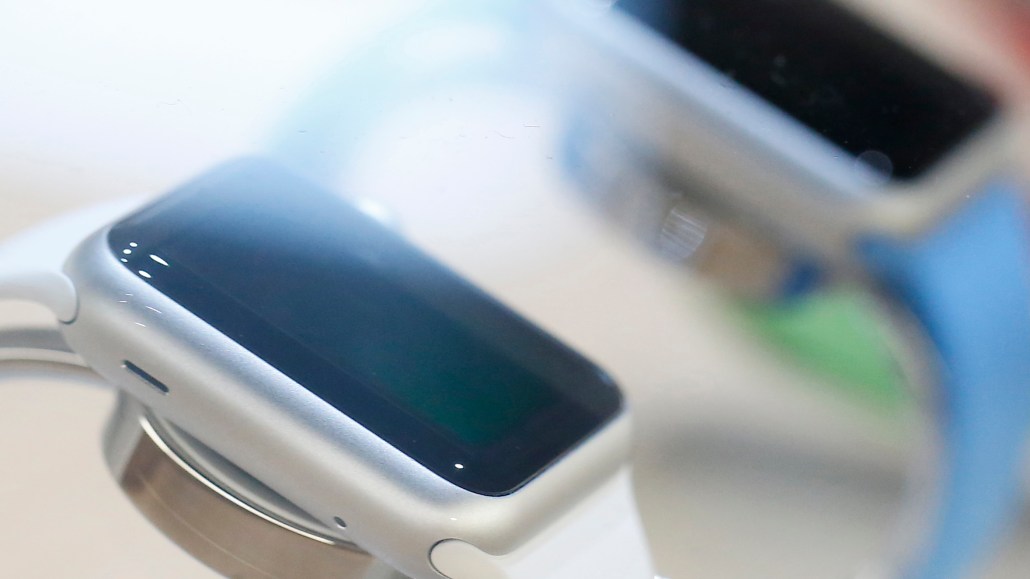 The tech news market is packed to the gills with sites covering the same topics in largely similar ways. That’s never more clear than during CES, when tech reporters and bloggers flood Las Vegas to cover the latest developments in consumer technology. Here’s how the biggest names in tech news stack up when it comes to traffic, video views, demographics and social reach.

CNET dominates when comes to traffic 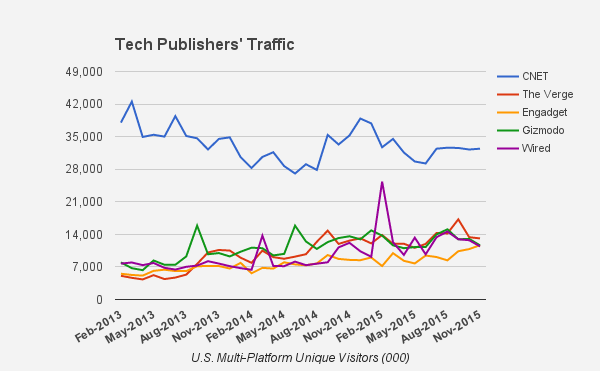 CNET may not be as buzzy as its successors, but at age 21, it has a far larger audience. The site got 32 million unique visitors in November, three times the traffic from The Verge, Engadget and Wired. All, however, are virtually flat year-on-year. 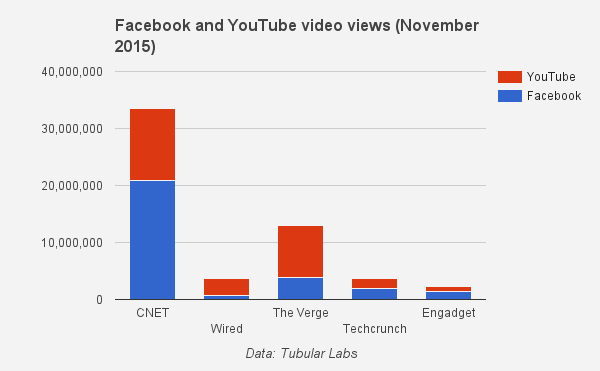 CNET has a big audience for its product-review-focused videos, whose viewership dominates its competitors. It’s followed by The Verge, which has increased its focus on social video this past year. 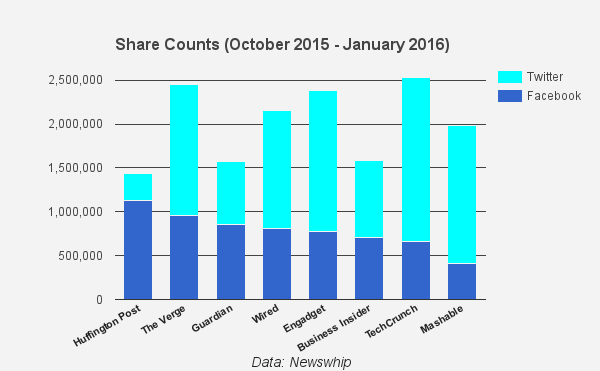 When it comes to tech coverage, some of the most popular stories don’t come from pure play tech sites. Newswhip pulled data on the most popular sites on Facebook when it comes to tech news. No. 1 was The Huffington Post, whose tech stories were shared 1.1 million times from October to today, according to Newswhip, helped by its enormous digital footprint. It’s followed by The Verge, The Guardian and Wired. The tech sites fare better on Twitter, where TechCrunch, Engadget, Mashable and The Verge lead in shares.

Mashable and Wired have the most gender balance 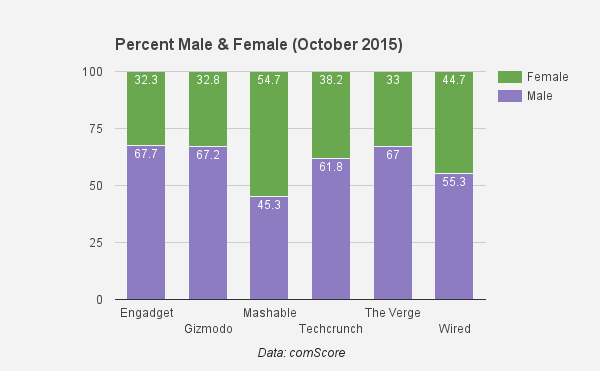 When it comes to demographics, tech sites tend to skew young and male. Some have evened out the balance, though. Women make up 44.7 percent of Wired’s audience, according to comScore. It’s even higher at Mashable, which has a 54.7 percent female audience (and like the HuffPo, has a broad editorial mandate). The other sites hover around 33 percent female, though The Verge has been able to attract a more female readership by hiring more female reporters and writing product reviews from a female point of view.

Wired has the wealthiest readers 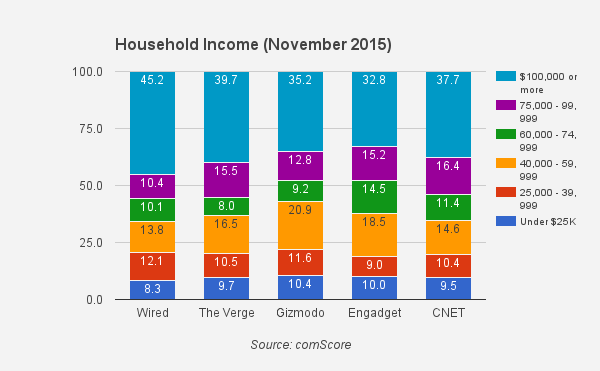 When it comes to comes to household income, there’s little variance among the big tech sites. Wired, though, has the highest percentage of readers with a household income above $100,000, followed by The Verge and CNET.