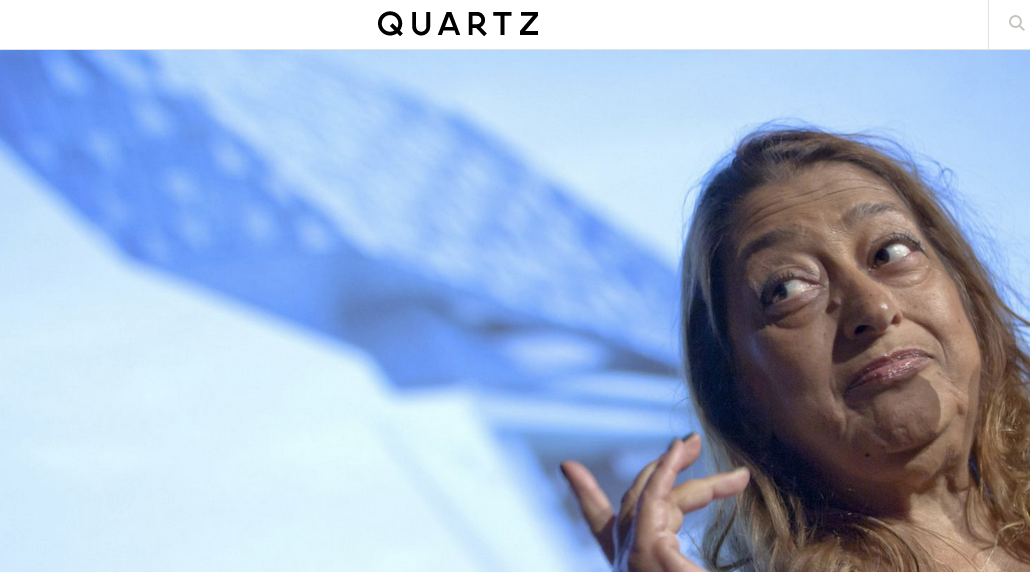 Sites like Fortune and Bloomberg may cover financial news, but that doesn’t mean they have to do so without any flair. Here’s how business news site have redesigned their pages in an effort to stay modern while keeping their busy core readership constantly informed.

Data and conventional wisdom say that the homepage is dead. But don’t tell that to Quartz, which built a homepage anyway.

The site’s new redesign, launched this week, marks the first time that the Atlantic Media-owned business site has featured a homepage. With its previous design, Quartz helped pioneer publishers’ use of the so-called “infinite scroll,” which let readers scroll from one article directly into another (and another).

While that experience is staying the same for readers coming in through social channels, the new Quartz design is changing the equation for the site’s direct readers. Qz.com is now home to The Brief, a summarized list of top stories from not only Quartz itself but other news sites as well. It’s a significant departure from the traditional approach to homepage, which has been almost exclusively focused on getting readers to stick around their own sites, not send them elsewhere.

Quartz’s adoption of this approach puts it in the same camp as aggregators like Digg and even publishers The New York Times, which combined content creation and aggregation with its NYT Now mobile app. “Nothing is ever dead — sometimes they just need reinvention,” said Quartz senior editor Zach Seward, describing homepages in general.

The new Fortune.com, unveiled in June, is more than just a redesign — it’s a digital rebirth. Created after Time Inc. split from Time Warner, the site represents the Fortune brand’s biggest foray into digital publishing. The site, built on top of the same CMS as the latest Time.com redesign comes alongside with a much higher digital metabolism for Fortune, which plans to publish as many as 90 stories a day. The site’s relaunch came at the same time as that of Money.com, which will appear as a vertical on Time.com proper.

On the design side, Fortune feels very much like the Time.com template it’s based off of. Like Quartz, the site features a continuous scrolling feature, which is meant to encourage readers to stick around and read more articles. Time Inc. also uses the feature to serve readers ads, boosting the number of impressions it can serve on the site.

Bloomberg’s dark, information-dense redesign is an apt approach for a media company with a financial terminal business at its core. The financial tickers in the site’s righthand column instantly remind visitors that they’re on a financial site, and Bloomberg liberally sprinkles links to segments from Bloomberg News and Bloomberg Radio in its right column. The site’s design collapses into a single column on mobile, where readers can create lists of their most-watched companies and markets.

Bloomberg.com is a core part of Bloomberg Media CEO Justin Smith’s plan to give the company a Web-friendly, mainstream digital presence. That’s a tough sell for the insular Bloomberg LP, whose culture is largely still a reflection of its terminal business.