What Would Sartre Say? 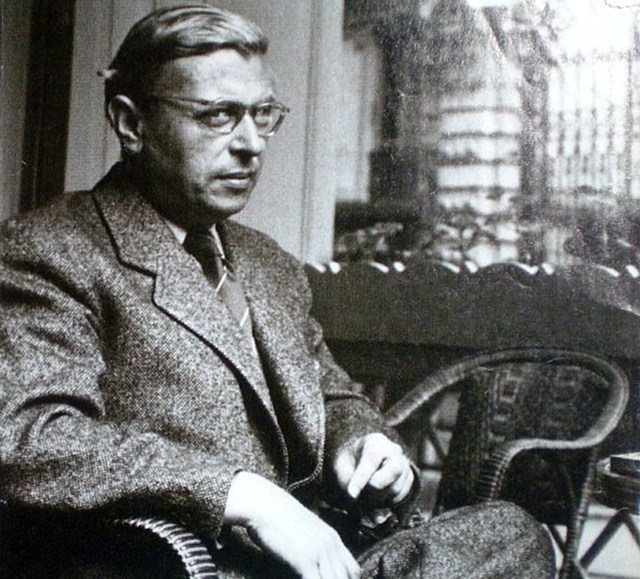 Tom Butler is a professor of English Literature at Eastern Kentucky University. He also moonlights as Digiday’s copy editor.

You may not at first think that the philosopher who wrote in one of his plays that “hell is other people” would have much to say about advertising. The truth is, Jean-Paul Sartre doesn’t, but his book “Being and Nothingness,” written in WWII-era Paris, can offer us some perspective on an idea that brands and agencies have come to love: authenticity.

Everyone, it seems, wants to be authentic nowadays. JVA’s Jason Borum, for example, says that his company values “authenticity over polish, the occasional misstep over focus-group testing.”

Linda Boff also thinks authenticity is important: “Be who you are, which does not mean being overly commercial and salesy.”

Jeff Dachis of Dachis Group is even more insistent: “Listen up, brands and agencies. Here’s the big idea you absolutely must adopt in 2013 and beyond: engaging, at scale, in a trusted, authentic and transparent dialogue with your consumers.”

But just what does this word mean? These examples all suggest authenticity has something to do with the presence of a real human being and not, say, an analytics graph. The word “authentic” comes from the same root as “authority” and “author” but has more recently connoted forthrightness. In this way, Anderson Cooper, the Pope and, indeed, LL Cool J can describe themselves as “authentic.”

Why is it such a good thing to be authentic? Authenticity, as we’ve come to think of it, presumes a hidden true self that, for whatever reason, has a hard time coping in the world. Most of us, therefore, resort to various stratagems to preserve the integrity of our true selves. We dress a certain way or adopt an ironic disposition so that we do not risk exposing our true selves to the nastiness of the world. Some, however, refuse to assume a mask and present their true selves for all to see. They are authentic, and we should commend them.

The problem with this view, however, is that authenticity is itself a stratagem. Living authentically is as much a deliberate self-presentation as living ironically. In the world of advertising, this point is crystallized in the advice frequently given to brands to come across as authentic rather than to be authentic.

Sartre says we all struggle with authenticity and necessarily live by what he calls “bad faith.” He describes a waiter in a cafe who is perhaps trying a little too hard to be a waiter: “His movement is quick and forward, a little too precise, a little too rapid.” Sartre says that his behavior “seems to us a game.” The man working as a waiter is not entirely defined by his role as waiter. If the man were entirely defined by his role, he would be living in bad faith, but this waiter who reveals a hint of life outside of his role hints at the possibility of the individual’s freedom from prescribed roles. This possibility of freedom is, according to Sartre, authenticity.

The important point here is that authenticity requires that a person acknowledge that she is not determined by her role. Any role we live in life is, Sartre claims, a lie. But we need not abandon the lie so long as we know that our identity exceeds the role.

How then is a brand to appear authentic, according to Sartre? First, it should appear as a brand and not as, say, a friend of potential consumers. Second, once a brand is upfront about its role and acknowledges its limits, it can open itself to creativity, which, for Sartre, is the hallmark of freedom. Sartre writes that freedom is experienced in the act of creativity. Authenticity then does not involve assuming a “human” voice. Instead, it demands that a self — or a brand — honestly acknowledge that it is acting in a certain role. Only then is creativity possible.